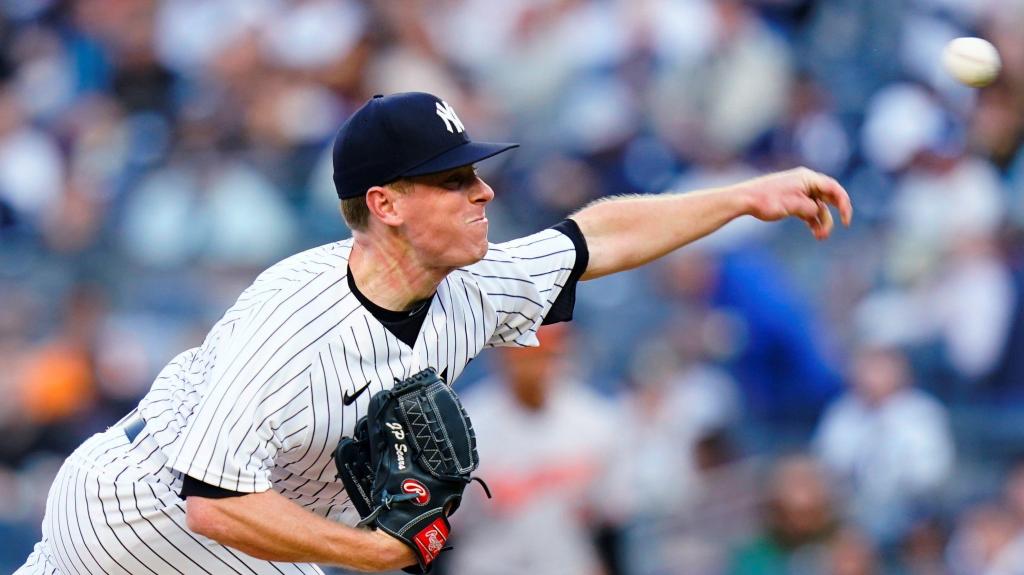 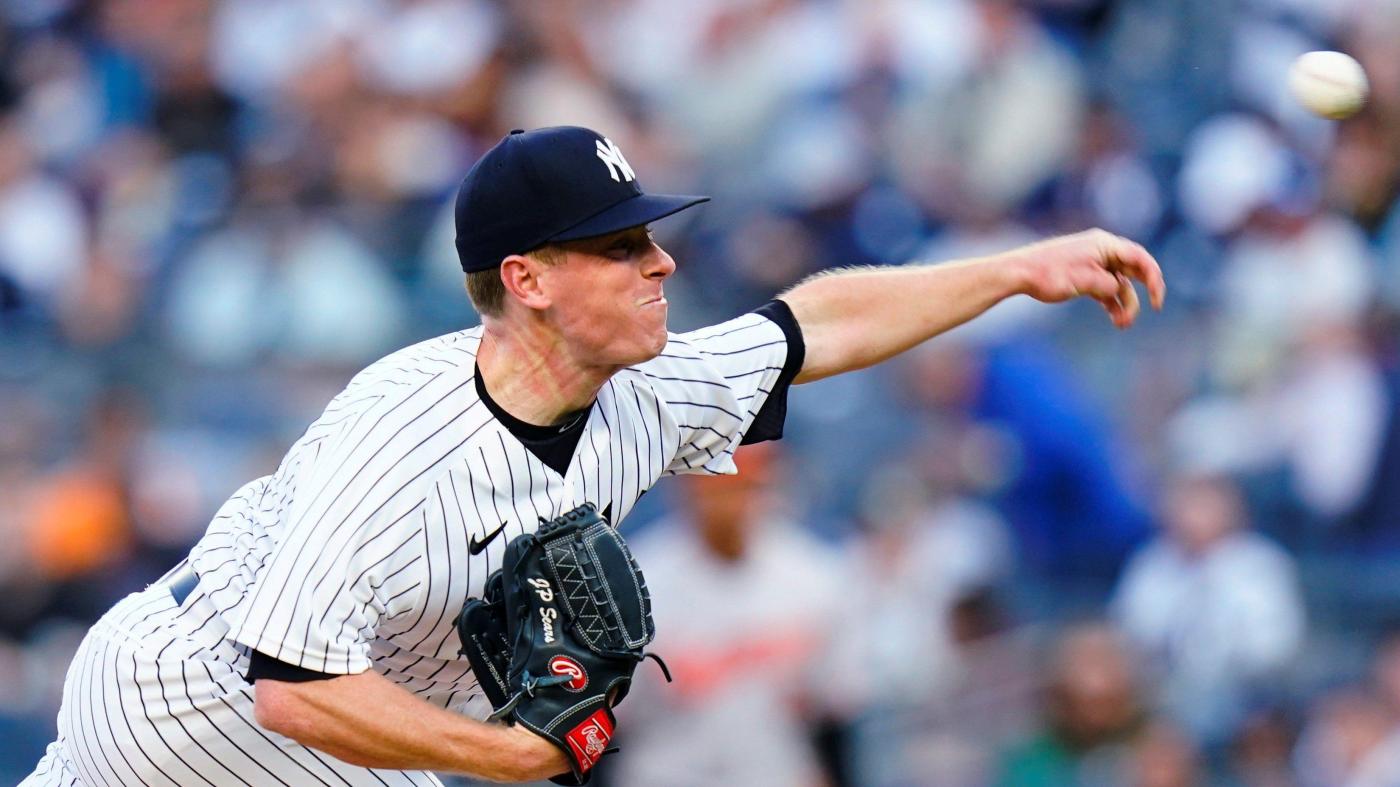 The theme of the Yankees’ day, and really the whole week, was injuries.

Giancarlo Stanton went on the injured list on Wednesday with a right calf strain. DJ LeMahieu was held out yet again with discomfort in his left wrist. Jonathan Loaisiga was put on the shelf as well, joining Aroldis Chapman and Chad Green, who had their own injuries send them to the IL earlier in the week. The Yankees needed both a solid performer and a distraction from a crummy stretch of bad news.

Enter JP Sears, the rookie with two career MLB innings to his name before Wednesday’s game. Making his first start in the majors, Sears gave the Yankees the exact type of performance they needed, handling the first five innings all by himself to help secure a 2-0 win over the Orioles at The Stadium.

“It’s been a tough couple days for us with people going down,” Aaron Boone began his postgame speech. “I’m proud of their effort.”

Sears kept the O’s to three hits and no runs while sending five of them back to the dugout with a K. The fresh-faced lefty threw 84 pitches and elicited a called strike or whiff on 25 of them (29.7%), a few ticks above the league average of 27.6%. His slider was particularly devious, and he tossed 24 of them, with zero resulting in an Orioles’ hit.

“It was awesome,” Sears said. “Ended up being a really good one. We were making some pitches when I needed to, locating the ball and trusting [Kyle Higashioka] back there.”

Added Boone: “He kept making pitches. He got real pitch efficient to give us five [innings] tonight. Shutting them down, and especially when he faced a little adversity early, was huge for us.”

Things hardly could have gone better for Sears, who handed the ball to Ron Marinaccio, a fellow rookie who made the Yankees’ Opening Day roster with Sears before getting sent back down to the minors.

Marinaccio’s two innings were even more clinical. The 26-year-old from Toms River, NJ did not allow a hit or a walk and struck out three, giving him by far his best outing in the big leagues. Marinaccio had not pitched two full innings or recorded three strikeouts in an MLB game prior to Wednesday night. He kept the Birds off balance with a dastardly changeup, which he threw more often than his fastball. The 13 changeups he threw produced eight swings, and none of them put a ball in play.

Sears and Marinaccio absolutely will not be this good for the remainder of the season, and rookies should not be expected to. There’s a strong chance one or both of them are not even on the roster in a few weeks. But on Wednesday night, they were as good as they needed to be, supplying the Yankees with a vibe they hope can carry into the first series of the year with the pesky Tampa Bay Rays.

The offense on Wednesday came from Miguel Andujar, another player who was in Triple-A with Sears and Marinaccio a week ago. Andujar — pressed into batting fifth amid the injuries to Stanton, LeMahieu, and Josh Donaldson still fighting an illness — followed Aaron Judge’s ground-rule double and Gleyber Torres’ single with a single of his own. That fourth-inning laser came screaming off the bat at 104.8 miles per hour and scored the first run of the night.

Andujar didn’t stay on first base for very long. With Joey Gallo hitting behind him, Andujar broke for second during Gallo’s at-bat, causing an errant throw that allowed Torres to walk home from third. That do-it-yourself inning from Andujar whipped the crowd into hysterics, but the utility man’s defense was the type of thing that will make the coaching staff take notice.

“The last couple nights, seeing him move around in left field, his athleticism plays out there,” Boone marveled. “You can tell he’s comfortable.”

A natural infielder, Andujar handled left field like a pro on Wednesday. He made a running catch into the corner during Marinaccio’s outing that, if mishandled, could have been the type of spark the Orioles needed to make the final innings more interesting.

Instead, Lucas Luetge and Miguel Castro, a real oil and water combination of pitching styles, tucked the Orioles into bed in the eighth inning. Clay Holmes turned the lights out with 15 pitches in the ninth, and the Yankees had a win birthed from the organizational depth they pride themselves on.

Some of the sidelined Bombers — LeMahieu and Donaldson for sure, Stanton hopefully — will be back soon. But Green is done for the year, and Chapman (Achilles) and Loaisiga’s (shoulder) injuries are in scary parts of the body. Having guys like Sears and Marinaccio ready at the drop of a transaction make the Yankees well-equipped to handle a sudden storm, and better yet, the duo has now proven able to make tangible contributions to wins at the highest level.