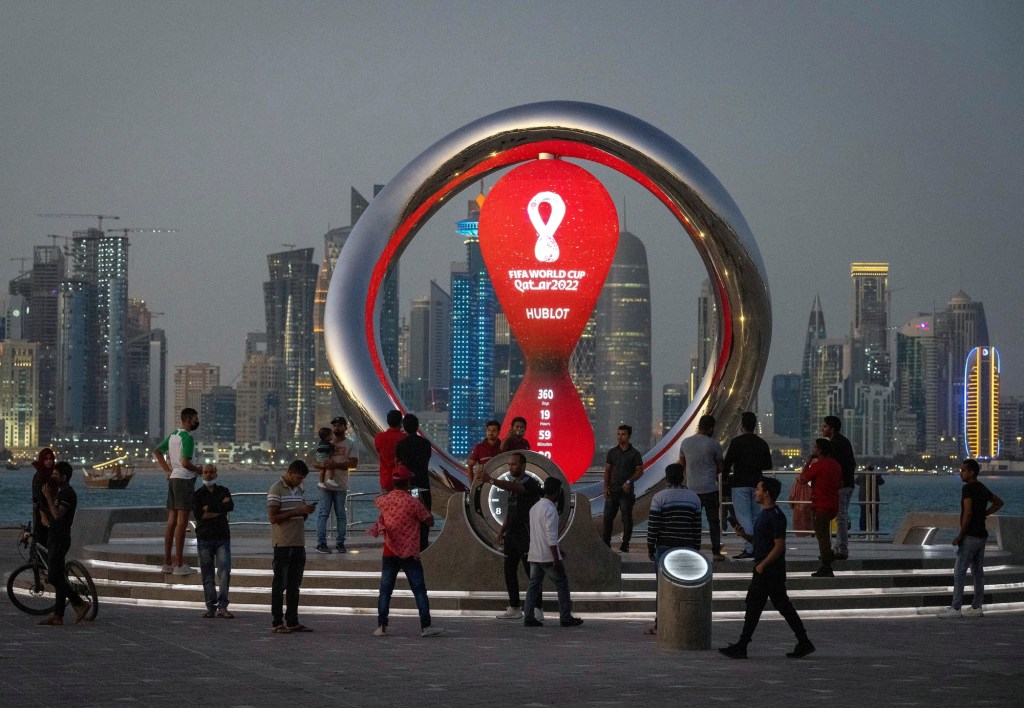 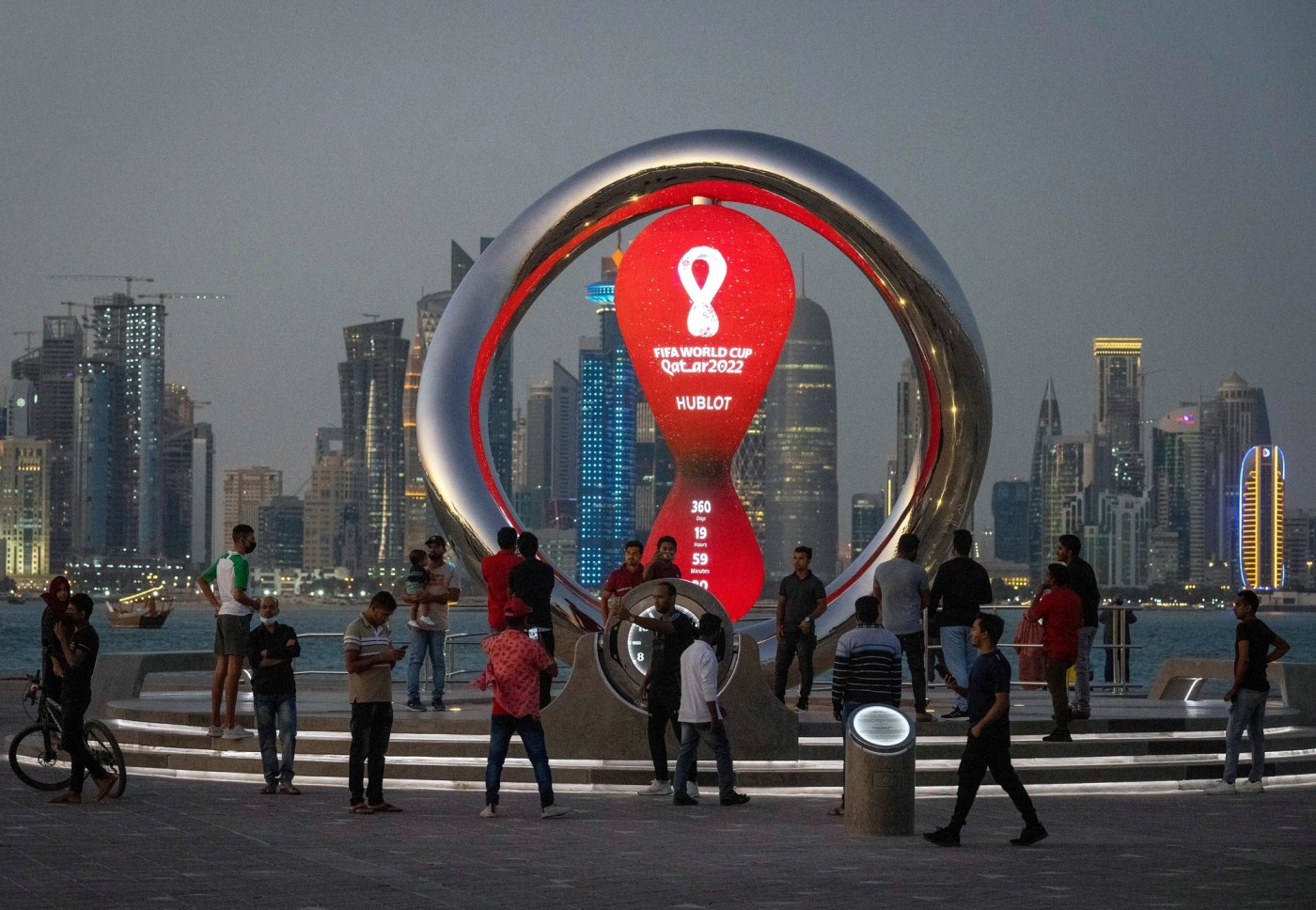 Qatar is a devoutly apolitical place, with speech and assembly heavily restricted and a large population of foreign workers who could lose their livelihoods if they cause a stir.

But that could change next month, when an estimated 1.2 million soccer fans descend on the tiny Gulf Arab nation for the World Cup. Authorities may face calls for labor rights, LGBTQ equality and other causes in the glare of an international spotlight like no other.

They might also have to contend with public drunkenness and hooliganism in a conservative, Islamic country where such behavior is deeply taboo and virtually unheard of.

Qatar has had more than a decade to prepare for the monthlong tournament, which begins on Nov. 20, and has spared no expense — thanks to natural gas reserves that make it among the world’s wealthiest countries. It also has some recent experience hosting major international sporting events.

Qatar, the first Arab or Muslim nation to host a World Cup, is a wealthy and politically stable outlier in the volatile Middle East. Citizens enjoy generous cradle-to-grave welfare paid for by its gas riches. Foreign workers make up more than two-thirds of the population of less than 3 million and account for nearly 95% of the labor force.

Qatar hosts the pan-Arab broadcaster Al-Jazeera and has supported Islamist groups across the region, but within its own borders politics is nearly nonexistent. Power is concentrated in the hands of a hereditary emir, criticism of authorities is heavily restricted, and politically oriented groups are banned.

Qatari officials have said the security forces will adopt a light touch during the World Cup, tolerating minor infractions like public intoxication and intervening in response to only violence, destruction of property and threats to public safety.

“Differing perspectives are encouraged and fans will be free to express themselves during the World Cup, as they have done during other events hosted in Qatar,” a Qatari government official said on condition of anonymity in keeping with regulations.

Kristian Ulrichsen, a Gulf expert at Rice University’s Baker Institute for Public Policy, said he expects Qatar to “tolerate instances of activism during the World Cup, especially if they do not relate to political or geopolitical issues.”

“Qatari police have been training alongside international counterparts, including from the United Kingdom, and focusing on issues such as crowd control and policing in ways that de-escalate rather than intensify volatile situations.”

The World Cup has already shined a light on what rights groups describe as exploitative conditions endured by many foreign laborers, including the construction workers who built stadiums and other infrastructure.

Qatar has overhauled its labor laws in recent years, dismantling much of its traditional kafala system, which tied workers to their employers. It has also mandated a minimum monthly wage of some $275. But activists say more needs to be done to ensure that workers are paid on time and protected from other abuses.

Foreign workers are barred from forming unions and have no political rights. At least 60 workers were arrested in August for staging a protest over unpaid wages. A Kenyan security guard who wrote anonymously about the plight of foreign workers was detained for months and fined last year before leaving the country.

Several soccer federations are pressing Qatar on labor rights, and the English Football Association said its players would meet with migrant workers who will be invited to their training camp.

Qatari law prescribes a penalty of 1-3 years in prison for “leading, instigating or seducing a male . . . to commit sodomy.” Separate laws prescribe up to seven years for anyone who “copulates” with a man or woman over the age of 16 “without compulsion, duress or ruse.”

Few expect those laws to be enforced against visiting soccer fans, but it’s unclear how authorities would handle public displays of affection — taboo even for straight couples — or public advocacy for LGBTQ rights.

“Reserve the room together, sleep together — this is something that’s not in our concern,” Maj. Gen. Abdulaziz Abdullah Al Ansari, a senior leader overseeing security preparations, told The Associated Press in April. But he sparked controversy in the same interview by saying rainbow flags could be taken from fans to protect them from being attacked.

“Watch the game. That’s good. But don’t really come in and insult the whole society because of this,” he said.

Qatar has already faced criticism in public forums over its criminalization of homosexuality. Eight of the 13 European soccer teams in the World Cup have asked FIFA for permission for their captains to wear rainbow armbands as part of the “One Love” campaign.

Qatar is more relaxed than some other Gulf nations when it comes to alcohol, but its sale is usually limited to luxury hotels and restaurants. Public drunkenness is taboo in the Islamic country and offenders can be jailed or deported.

During the World Cup, beer will also be sold at stadiums and fan zones, and officials say drunkenness will be tolerated as long as it doesn’t threaten anyone’s safety. But there could be consequences if things get out of hand or the party moves out of designated venues.

Qatar could face the, often related, issue of fan rivalries. Local security forces have little experience dealing with the hooliganism that has historically accompanied high-stakes matches in Europe.

Matches between Honduras and El Salvador famously sparked the so-called “Football War” between the countries in 1969, and a notorious collision between French and West German players at the 1982 World Cup caused a major diplomatic incident.

Russia has been banned from international soccer over its invasion of Ukraine, whose national team was eliminated in the playoffs. But tensions over that conflict — or others — cannot be ruled out.

Qatar’s police won’t be alone in dealing with any major disturbances.

Turkey, which has more experience with political unrest, plans to send 3,250 police officers, including special operations forces and explosives experts, to help Qatar maintain security. It will provide training to hundreds of Qatari security forces.