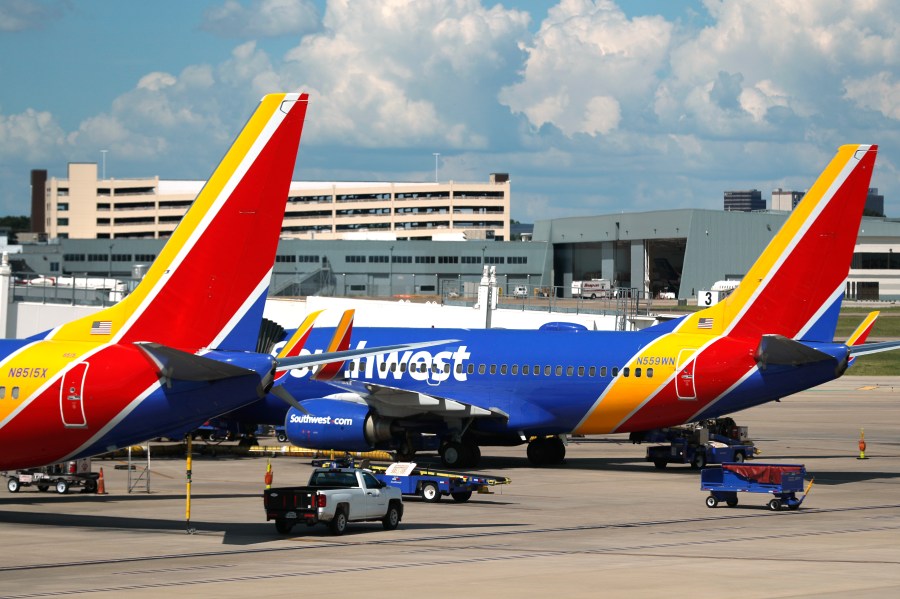 It started when a 37-year-old woman was dropped off near the Southwest ticket counter at 10:59 a.m., Dallas Police Chief Eddie Garcia said in a news briefing after noon.

The woman went into a restroom, changed her clothing, and then exited, Garcia said. An officer who was in the area then saw her pull out a handgun and begin firing.

Garcia said the woman was “aiming at the ceiling.”

The officer “engaged” the suspect, Garcia said, hitting her in the “lower extremities.” She was taken into custody and was taken to the hospital, he said.

No others were injured in the shooting, according to Dallas police.

The shooting prompted some evacuations Monday morning. A short video reportedly taken from inside the airport showed travelers crouching down behind seats in a terminal.

“The terminal is secure at this time,” the Dallas Police Department tweeted at noon.

Dallas Love Field (DAL) is one of several airports in the Dallas area. The airport is a hub for Southwest Airlines.