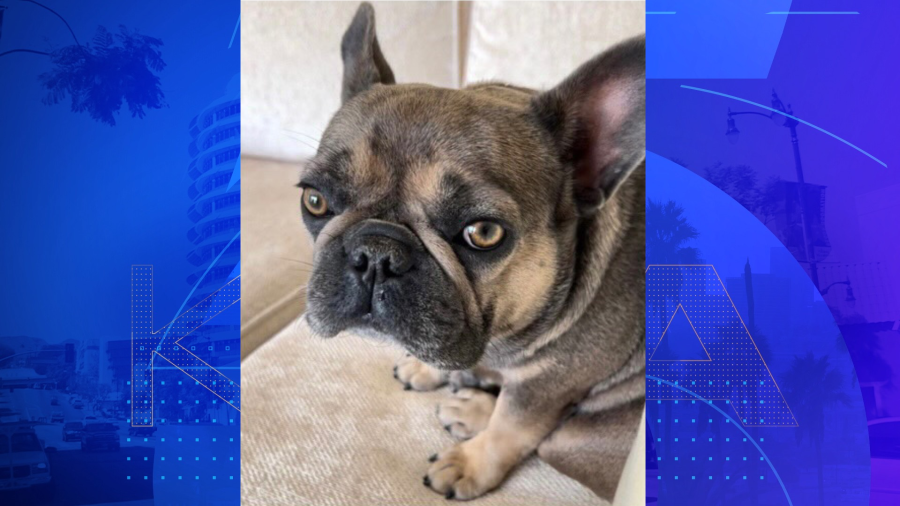 A woman is devastated after thieves ransacked her Encino home, stealing her beloved French bulldog along with all of her valuable items.

The victim is now offering a $15,000 reward for the safe return of her beloved dog, Lala.

Security video captured three suspects prowling the victim’s backyard on Thursday night, smashing through the back patio glass doors to gain entry. The break-in left a ton of shattered glass and debris strewn throughout the home.

The victim, who only wants to be identified as Naomi, said she’s truly devastated over the loss of her beloved Lala, a three-year-old French bulldog.

“They took my heart away,” said Naomi. “I feel my life is different.”

They hop into a small white sedan parked across the street and drive away.

Naomi had just arrived home during the burglary and can be heard screaming for Lala. Naomi says thankfully, her other dog, a male French bulldog named Boba, was not taken.

“The dogs are high in demand for sure,” said Greg Schoch, the victim’s friend. “I think they didn’t come just for the dog. It’s a nice neighborhood and it’s been happening.”

“It is devastating what is happening here, especially in L.A.,” said Suzan Richman, Naomi’s friend. “And these people go unpunished and that has to stop. A dog is a human to us dog lovers. They’re family.”

Naomi is worried about Lala as she said the dog requires special medication. She is offering a $15,000 cash reward for Lala’s safe return.

“I just want to get my dog back and I will definitely promise and make it happen for the rewards,” said Naomi.

Anyone who has the dog is asked to take her to a local fire station or a police station.