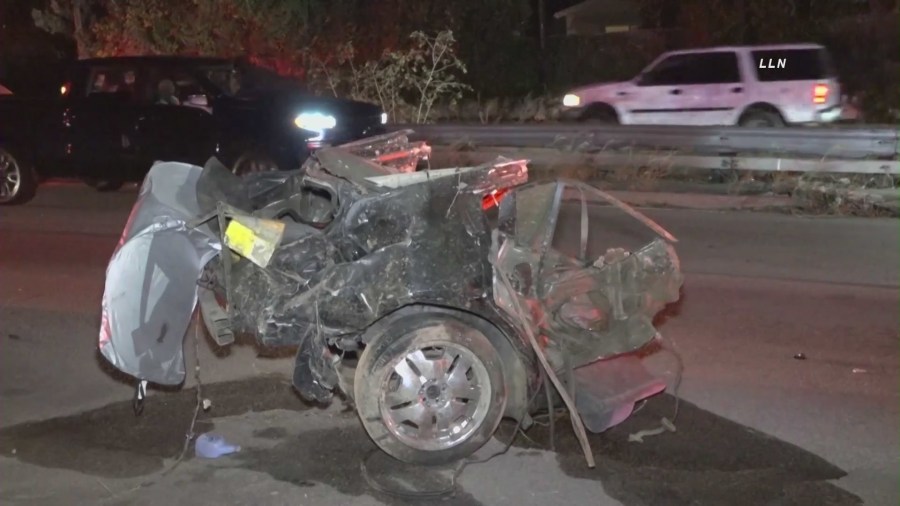 A woman was killed and another person was injured following an Saturday night crash in Culver City.

The crash happened around 10:15 p.m. near the intersection of La Cienega Boulevard and Wrightcrest Drive.

A woman was driving a white sedan south on La Cienega when she rear-ended a second vehicle, according to the Los Angeles Police Department.

The woman’s sedan went off the road and slammed into a light pole, splitting the vehicle in half.

The woman was pronounced dead at the scene. She’s been identified only as a 23-year-old.

The driver of the second vehicle was trapped inside and needed to be rescued by fire crews.

The crash is under investigation by police. It’s unclear at this time if drugs, alcohol or speed were factors in the crash.