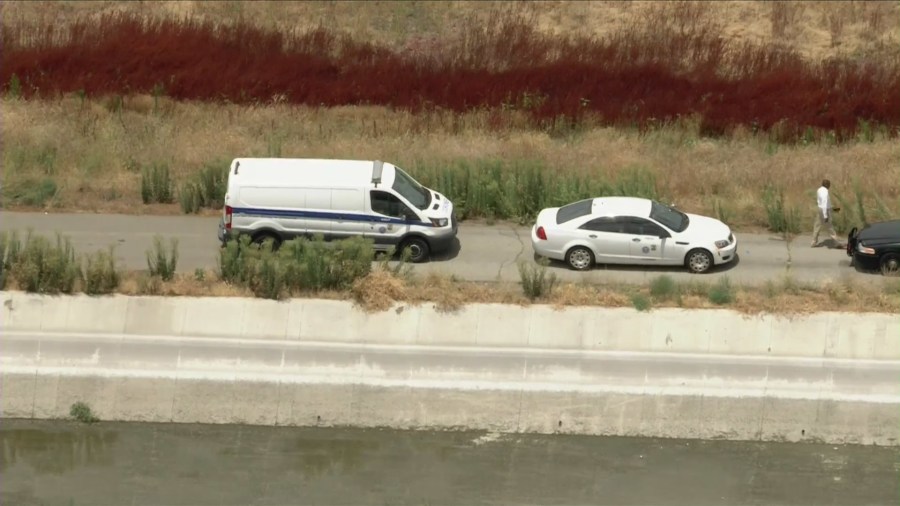 A woman and her two dogs were struck and killed by lightning Wednesday morning while walking along a Pico Rivera riverbed, officials said.

Around 8:50 a.m., deputies responded to a call regarding a woman possibly struck by lightning along the San Gabriel River near Mines and Rimbank avenues, the Los Angeles County Sheriff’s Department told KTLA.

The woman was found deceased in the pathway with both the dogs, city manager Steve Carmona said. Paramedics tried to perform CPR but authorities say they believe the death was instant.

“This was due to the result of a lightning strike,” Carmona said.

Neither the woman nor the dogs survived, the Sheriff’s Department said.

What is the likelihood of being struck by lightning?

The woman’s family has not yet been notified and a coroner is on the way the scene, Carmona said. The woman was a Pico Rivera resident in her 50s, officials said.

A person claiming to be the victim’s landlord identified the deceased to KTLA as 52-year-old Antonia Mendoza Chavez. The coroner has not yet confirmed the identity of the woman.

The incident occurred as an overnight summer storm amid an ongoing heat wave brought rain, thunder and lightning to much of Southern California.

The Pico Rivera woman’s death on Wednesday marks the first reported fatality from a lightning strike this year, data shows. On average, about 20 people die by lightning strikes each year, according to the National Weather Service, with 11 such deaths recorded in 2021.

Area residents are being urged to stay indoors as a precaution, and city crews were ordered to work indoors for the duration of the day.

Mary Perez, who lives near the riverbed, said she heard police cars zooming by in the morning.

“A little before that, it was thundering a lot,” she explained. “For about half an hour, it was pretty close. You could see it and hear it, very loud.”