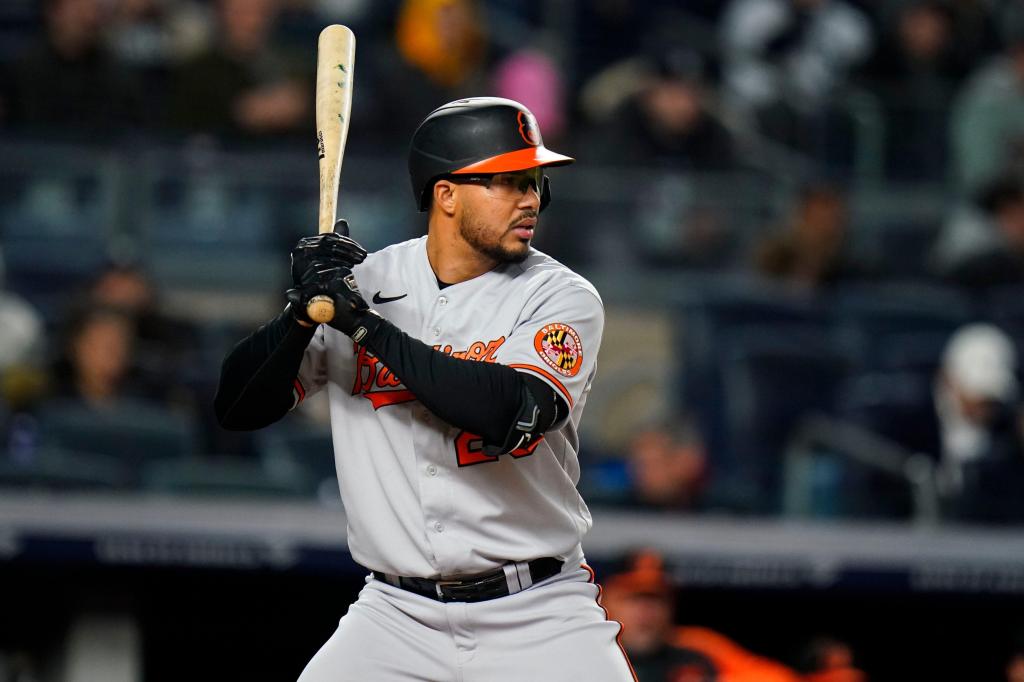 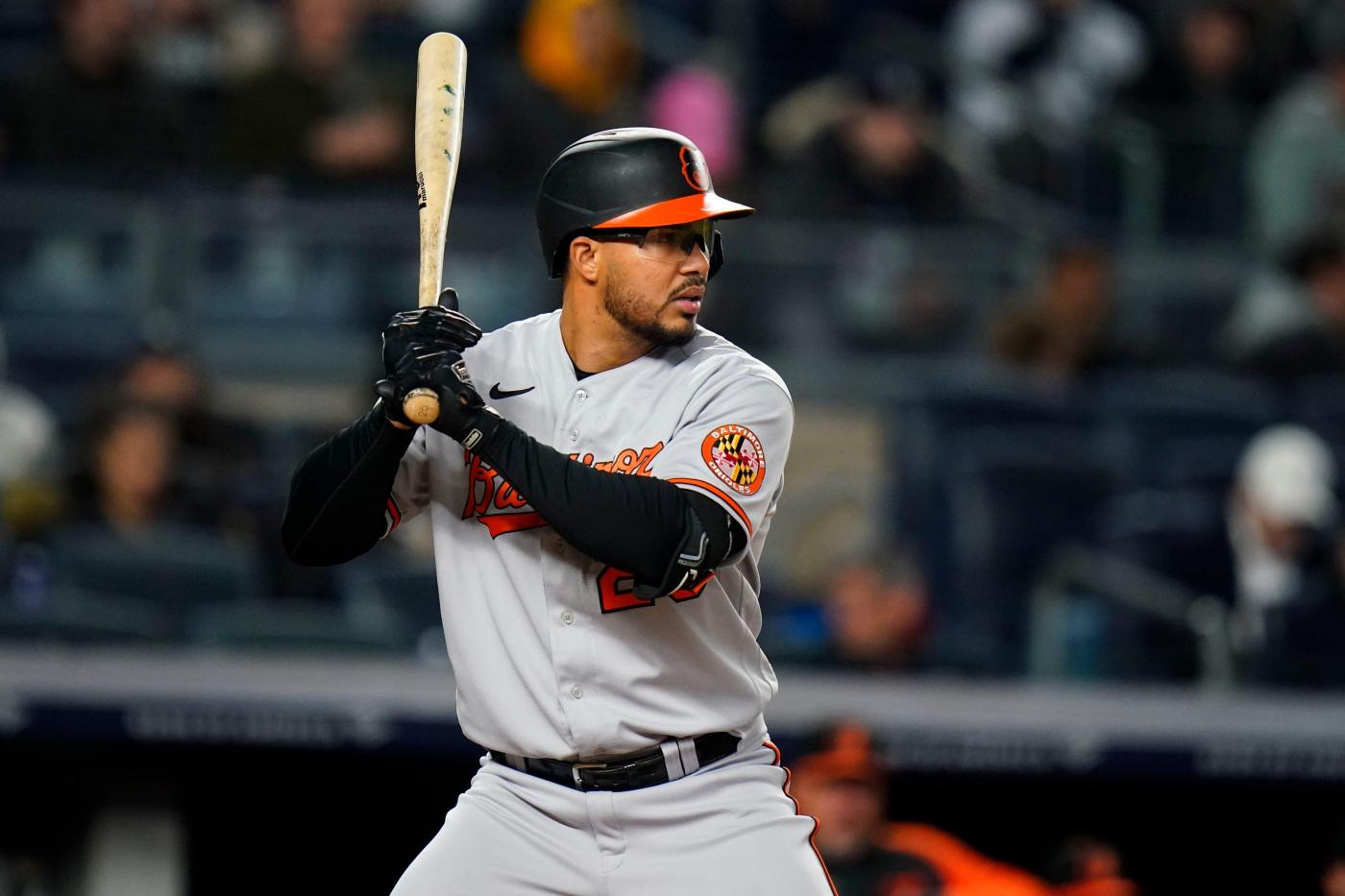 Sitting inside the visiting clubhouse at Yankee Stadium on Thursday afternoon, Anthony Santander shook his head. He thought back to what could’ve been. He should’ve had three walks — he was sure of that — continuing an on-base streak that instead ended after 19 games.

Three pitches the New York Yankees threw off the plate were called for strikes, with two in 3-0 counts rankling him most. For a player who has worked hard to lower his chase percentage and increase his walk rate, calls such as those from home plate umpire Ted Barrett are especially galling.

Santander did what he wanted to do at the plate. He was still punished for it with a strike call.

“Tomorrow’s a new day,” Santander said through team interpreter Brandon Quinones, shaking off the frustration of a rare no-hit day. “The focus remains the same: Getting on base.”

Few players in Major League Baseball have done that as well as Santander to begin the 2022 season. Before Thursday’s disappointment, Santander and Los Angeles Dodgers infielder Trea Turner led the majors with 18 consecutive games reaching base this season. Santander ranked second in the American League and tied for fourth in MLB entering Thursday with 14 walks, and his 18.4% walk rate ranked among the best in baseball, according to Statcast.

They’re all improvements on last year, and much of it comes down to a medicine ball that sits atop a bucket during batting practice.

As Santander takes hacks, he sometimes stops to watch a pitch all the way in. If it hits the medicine ball, he knows it fell in his “go zone,” and he’ll identify that location as one in which he’ll swing. If it doesn’t hit the ball, he’ll consider it a good take — even if the umpires occasionally disagree.

It’s part of a drill brought in by new hitting coaches Ryan Fuller and Matt Borgschulte that aims to eliminate chase swings and focus on the heart of the zone. And Santander has taken it to heart, embracing his “go zone” and finding results.

Santander has focused on plate discipline before. During 2021 spring training, he walked 10 times in 13 games. But that patience didn’t translate to the regular season, walking just 23 times in 110 games with a chase rate of 32.9%.

The sample size is small, but the early evidence in 2022 shows Santander’s improvement. His walk rate has risen 13.1 percentage points since last season, and his chase rate has declined to 28%. Santander has swung at the first pitch of a plate appearance 22.7% of the time, a decline of 5.2 percentage points. And he’s seeing more pitches per plate appearance, with an average of 4.22 each time he digs in.

“He’s done a great job of developing his plan in training, and really working hard in his training to put together the correct plan and execute it when he gets into the box,” Borgschulte said. “That’s really allowed him to have that show through during games.”

Through 19 games, Santander is hitting .222 with an on-base percentage of .395. He’s clubbed three homers, including two in Baltimore’s series loss to the Yankees.

Part of Santander’s increased selectiveness comes from understanding how pitchers want to attack him. Elevated fastballs above the zone and breaking balls dipping below it tend to be the preferred approach against Santander — and he especially struggled against the breaking balls, biting as it dips low, leading to soft contact.

“That’s one thing he’s worked really hard on the last few years, is the chase,” manager Brandon Hyde said. “Especially the chase with two strikes. When Anthony’s going well, he’s swinging at strikes. He’s not chasing the breaking balls underneath.”

In a way, Santander is pleased with his decisions at the plate Thursday. In the ninth inning, he didn’t bite on a fastball below the zone. He took what appeared to be ball four two other times.

He might’ve lost his on-base streak in the process, but the selectiveness has worked so far, even if it comes with a few shakes of the head at an unfortunate call.

“My focus just remains on finding the pitches within my ‘go zone,’” Santander said, “and do something good with that.”