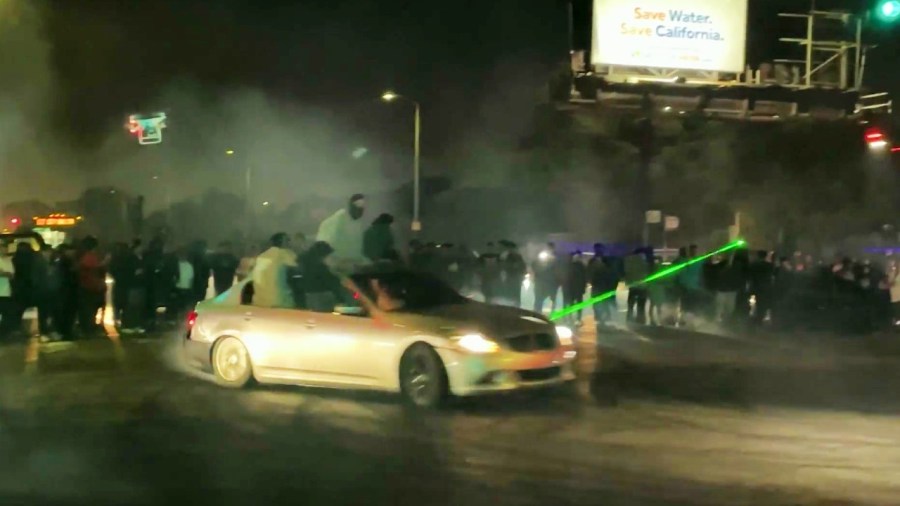 Police responding to a wild street takeover in the Vermont Vista neighborhood of South Los Angeles discovered one person had been fatally shot Monday morning.

Around 200 people gathered to watch the takeover, which was reported about 12:30 a.m. at the intersection of Hoover Street and West Century Boulevard, Los Angeles Police Department Captain Brent McGuire said.

Arriving officers were flagged down by onlookers and told that someone had been shot.

Officers attended to the victim, who was transported by ambulance to Harbor-UCLA Medical center.

The unidentified victim was pronounced dead at the hospital, McGuire said.

The motive for the shooting remains under investigation.

Video of the street takeover showed cars skidding through an intersection.

At one point, fireworks were going off as onlookers recorded video of a pickup truck that somehow caught fire.

Investigators are searching for any cellphone video that may help them identify a suspect in the fatal shooting.

“We feel that something has probably been caught on some of that cellphone video that we’re looking for,” McGuire said.

Police are asking anyone with information or video to contact the LAPD or call Crime Stoppers at 800-222-8477.