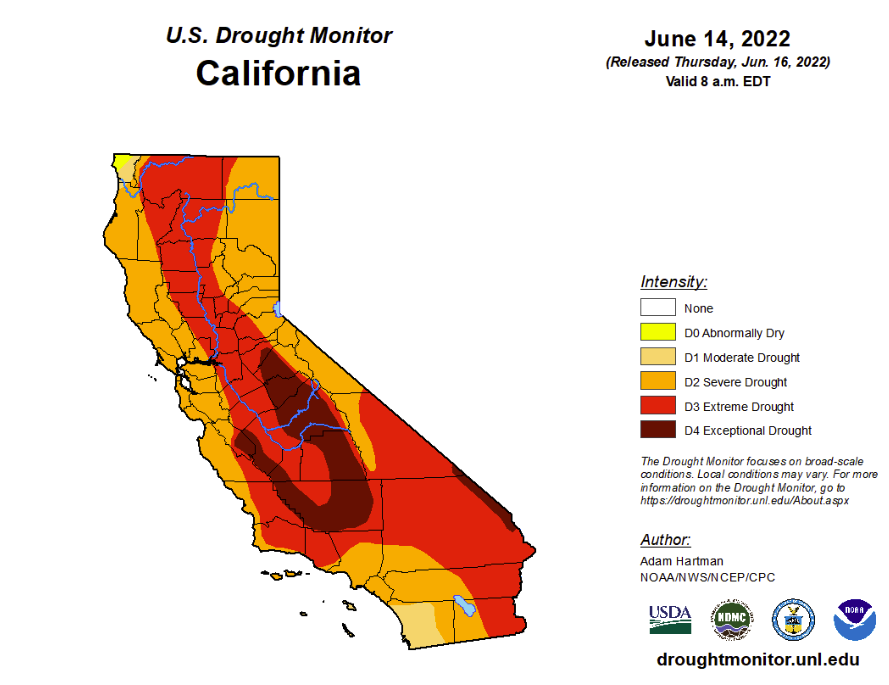 While the lingering La Niña climate pattern is expected to bring soaking storms and strong hurricanes to parts of the U.S., it’s a different story here in California.

La Niña is favored to stick around through the end of the year, according to the latest outlook from the National Weather Service’s Climate Prediction Center. While La Niña – and its opposite, El Niño – are characterized by the temperature of the Pacific Ocean, they have major impacts on the weather we experience on land.

Before we can understand how it’s set to impact our summer, it’s important to note it has already had an impact on our winter. La Niña typically brings drier conditions to the southern half of the country and wetter conditions to the northern half, but where that dividing line falls varies from year to year.

Sometimes La Niña splits California in two, bringing lots of rain to Northern California and drought to Southern California. This year, however, the dividing line was further north. While parts of Washington and Oregon are out of the drought, a dry La Niña winter and spring have left 99.8% of California suffering drought conditions.

California has new restrictions on straws and ketchup packets – but is anyone enforcing it?

Now it’s summer, California’s driest season, and drought conditions are only expected to worsen. NOAA is predicting a hotter-than-average summer for the entire state, which will further deplete reservoirs and dry up already parched land even more.

As of this week, about 12% of the state is in the worst drought category – “exceptional drought” – and that figure is expected to rise through the summer.

There’s a chance the La Niña pattern we’re in now could shift to an “ENSO neutral” pattern in the late summer. That means we’d be in neither a La Niña nor an El Niño pattern. The Climate Prediction Center will update its outlook in mid-July.