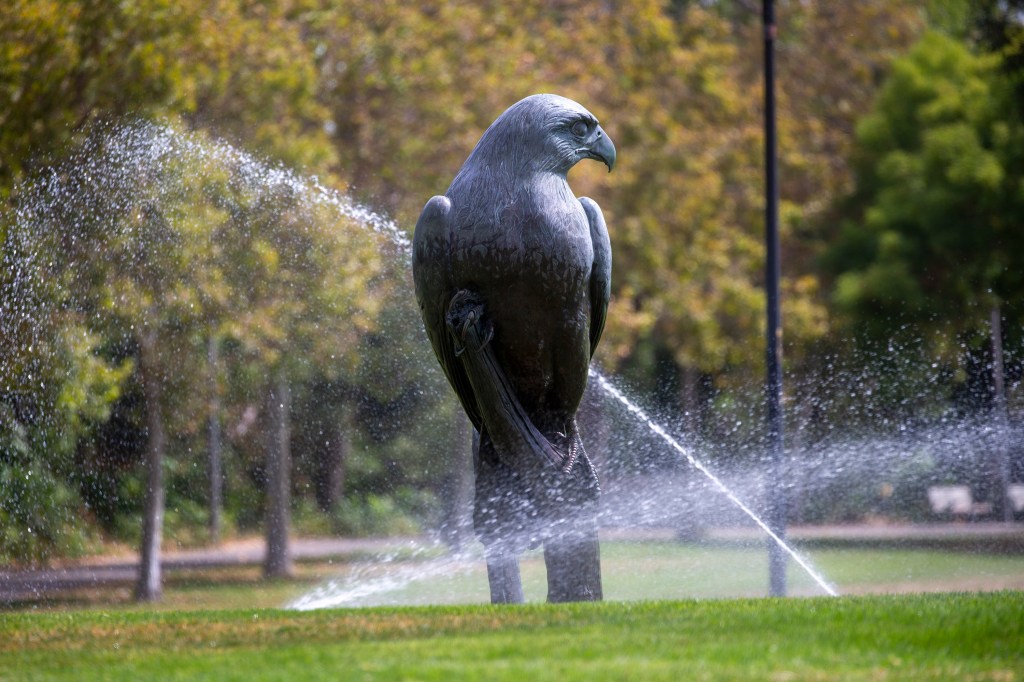 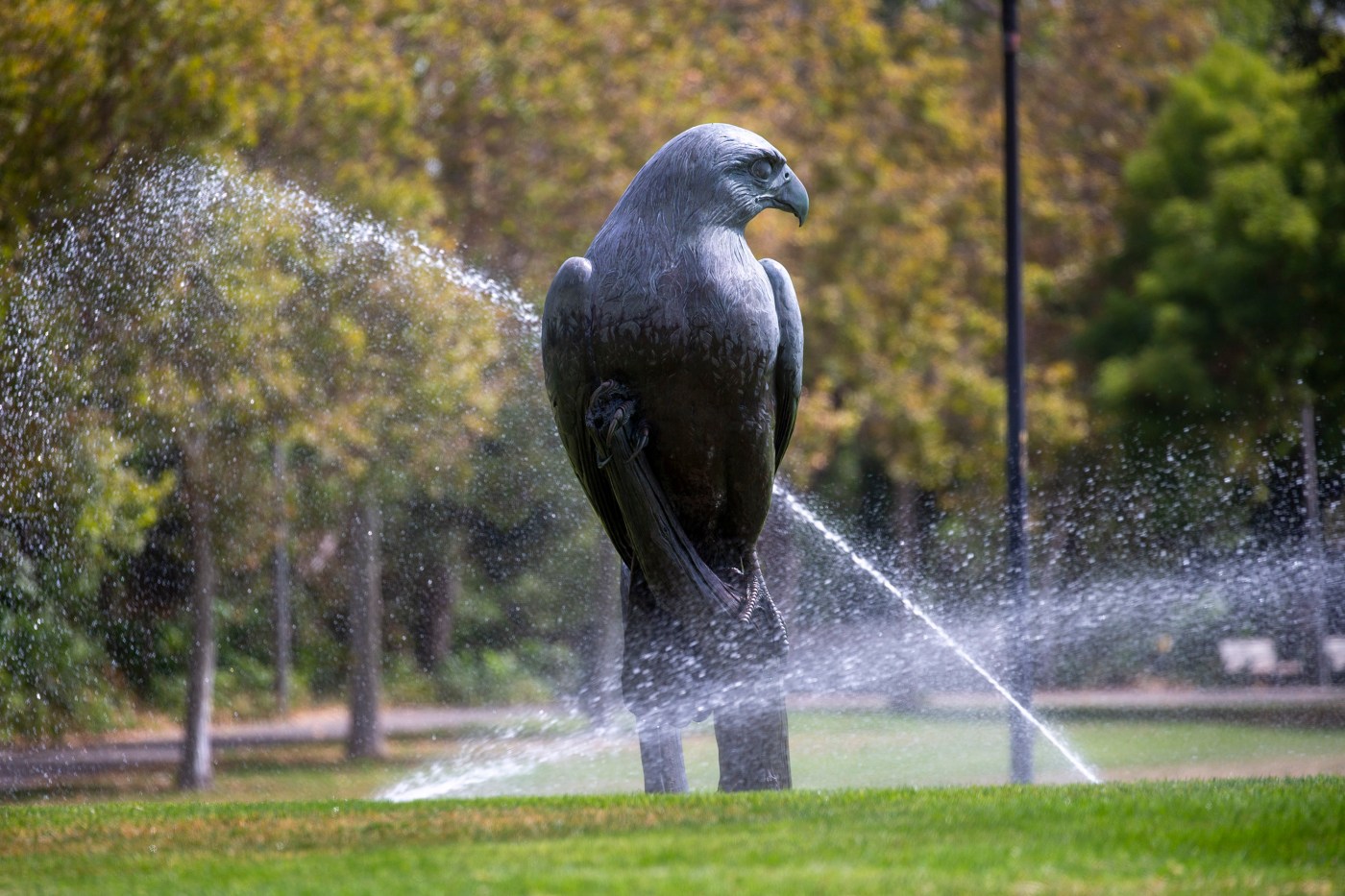 After months of missing water conservation targets while California’s drought worsened, the 2 million residents of Santa Clara County appear to have turned the corner and are making significant progress now — much of it by dialing back sprinklers that irrigate their lawns and other landscaping.

Santa Clara County residents reduced water use by 16% in July compared to July 2019 levels, according to new numbers out Tuesday, surpassing the goal of 15% set by the area’s main water provider, the Santa Clara Valley Water District last year.

“The residents and businesses of Santa Clara County have done an excellent job,” said Aaron Baker, a chief operating officer of the water district. “That has come from a lot of hard work. We greatly appreciate it.”

July was the first month in 2022 when water use in Santa Clara County exceeded the conservation target. In June, water use fell 9% from June 2019, and in May, it was just 2% lower than in May 2019. For the four months before that, which were exceptionally dry, water use was as high as 30% more than 2019 levels.

Baker noted that even with the impressive numbers from July, cumulatively, Santa Clara County residents have cut water use just 4% since June 2021 when the water district declared a drought emergency and asked for a 15% cut.

“We don’t know when this drought is going to end,” Baker said. “We are continuing to work to improve the numbers.”

Overall, 14 of the 15 cities in Santa Clara County have now passed ordinances limiting lawn watering to no more than two days a week in an effort to conserve water. Only Milpitas still allows three days a week.

Since outdoor irrigation makes up roughly 50% of summer water use in California, water district officials say the mass effort to let lawns brown is now saving millions of gallons of water.

The district has been using some of the savings, along with emergency supplies it has purchased from farmers in the Sacramento Valley and other water agencies, to increase recharging rates of underground aquifers. By the end of this year, the rate will be 97% of the 20-year average, which helps raise groundwater levels and bank more for future years.

The rules do not prohibit watering trees, or grass that is used for recreation or community events, like sports fields, golf courses or gathering areas at schools. They do apply to ornamental lawns at office parks, private businesses and community institutions, such as churches, hospitals and courthouses, using potable water.

On June 10, the Newsom administration put those rules in place statewide, with fines up to $500 for violators. But it is up to each city and local water district to enforce them.

Violators will receive warning letters at first under the water district policy. Similar rules the water district put in place earlier this year in which residents can report water waste by other homeowners are now drawing hundreds of calls a month to a hotline (408-630-2000). But fines do not begin until after the third violation, and no fines have yet been issued, water district officials said Tuesday.

One of the South Bay’s largest business organizations, the Silicon Valley Leadership Group, said Tuesday that it has not taken a position on the new ordinance. But conservation and boosting supply is important, the organization said.

“Addressing our ongoing drought crisis and ensuring Silicon Valley has the water it needs to continue to be a hub of innovation is a top priority for businesses in the region,” said Mary Holing, vice president of environment for the group. “We have no time to waste.”

Some homeowners have upgraded irrigation systems.

San Jose resident Richard McCaw said he used the district’s rebate programs to install at nearly no cost about $500 worth of new high-tech gear, including a new sprinkler system controller and new valves on four faucets he uses to run drip irrigation lines to tomatoes, herbs and other plants in his yard.

The system, which he can control from an app on his phone, automatically adjusts watering based on the weather forecast. His water use fell 16.3% this summer compared to last.

“All I had to pay was the tax,” he said Tuesday.  “It makes quite a difference. If you have cool weather then it cuts back, or if there is rain, it delays watering. I even adjusted it when I was on vacation in Alaska.”

After three dry years in a row, 97% of the state is now in a severe drought, with 40% in an extreme drought, mostly the Central Valley, according to the U.S. Drought Monitor, a weekly federal report.

But unlike during the last drought from 2012 to 2016, Santa Clara County is in a more severe predicament than many other parts of the state. Federal dam regulators in 2020 ordered the district’s largest reservoir, Anderson, near Morgan Hill, drained for earthquake repairs. The $1.2 billion job, which involves constructing a huge new outlet tunnel and essentially tearing down and rebuilding the 235-foot high earthen dam, is not scheduled to be finished until 2030.

On Tuesday, all 10 of the district’s reservoirs were just 19% full. To make up for the shortfall, the district has pushed conservation, and spent $21 million to purchase about 28,000 acre-feet of water from outside agencies. Also, state and federal agencies have provided it 78,000 acre-feet of “health and human safety” water above the low levels that they originally granted due to the drought.

“We need to be prepared for another dry winter,” Baker said. “We are in a multi-year drought. It is going to take a significant amount of rain and snow to get us out of it. We still have a big hurdle to overcome.”