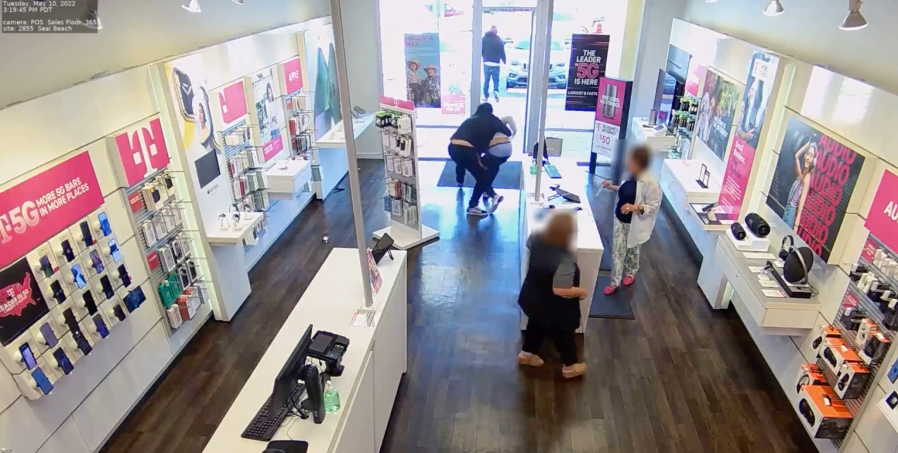 Police are seeking the public’s help to identify two people believed to be responsible for an alleged armed robbery at a T-Mobile in Seal Beach.

Around 3:20 p.m. Tuesday, police received a call of a robbery at a T-Mobile located at 12800 Seal Beach Boulevard #B, the the Seal Beach Police Department said in a news release.

When officers arrived, they learned that that two people had entered the store and allegedly attempted to steal “high-end” cell phones by cutting the security cables affixed to the display, according to police.

Video shows the employee at the store attempted to stop one of the suspects by physically preventing him from leaving the store.

The employee and suspect began to struggle, and a physical altercation ensued, Seal Beach Police said.

After fighting for several seconds, the suspect was able to get away from the employee and ran through the parking lot.

Both suspects fled the scene in a gold-colored Lexus sedan prior to police arrival, officials said.

A witness said they saw that one of the suspects was holding a firearm in his hand during the fight, police said.

The gun was not fired during the incident, and the employee was not injured.

The investigation is ongoing.