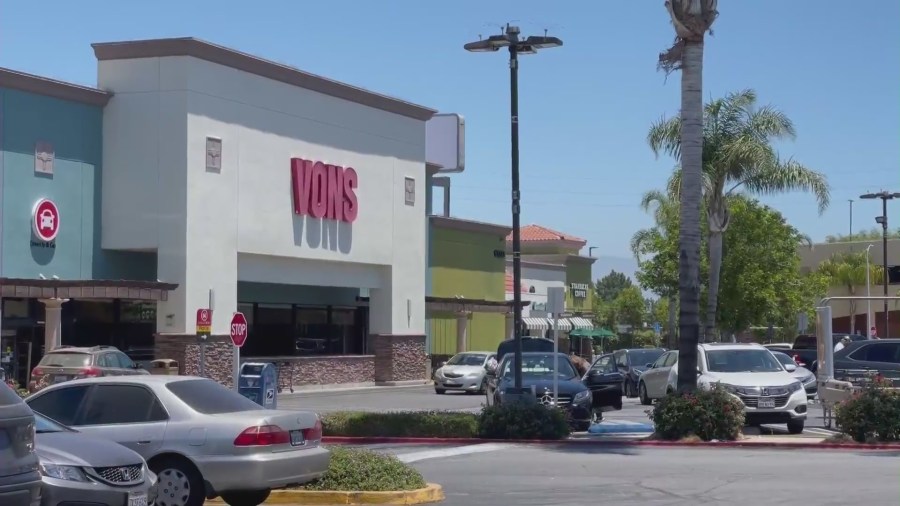 A man was attacked Thursday evening in the parking lot of a Vons in Reseda, and part of the beatdown was caught on camera.

Ray Church was near the intersection of Victory Boulevard and Tampa Avenue when a woman chased him and punched him from behind before a car pulled up next to him, said his daughter, Shavahn Church.

“The man gets out of the car, starts stomping on my dad’s head while unconscious, kicking him in his ribs,” said Shavan Church.

The 65-year-old victim is recovering from two broken ribs and a smashed-up face. The family is speaking out against what they’re calling an unprovoked attack.

“Just blood-covered on his left side of face and his ribs all red, it just broke my heart. This needs to stop,” Shavan Church said.

“What if his head had hit that wall which was like a foot away… he could have died,” added Mandy Church, Ray’s wife.

Church had apparently parked his car in the lot when the suspects, a man and woman, accused him of hitting their car, a silver Honda.

Church denies hitting their vehicle and takes off before stopping to check on his car and then is confronted again by the couple, video shows.

Once unconscious on the ground, the suspects take his wallet and Rolex watch.

“My dad was wearing a Rolex, he never wears it, but just this one time, he forgot to take it off and it got stolen,” Shavan Church said.

“I’m here to tell the story because I’m not afraid of you people. And we are definitely doing everything we can to find you and we will find you,” Mandy Church added.