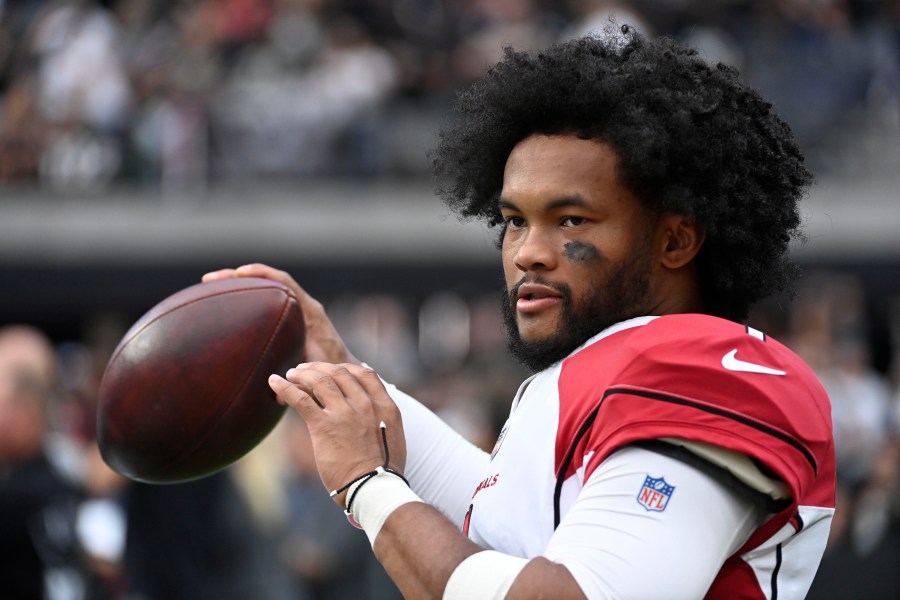 Las Vegas Metropolitan Police are investigating reports that a fan struck an NFL player at Allegiant Stadium on Sunday afternoon.

A report was taken following a battery call “alleging a spectator at the stadium struck a professional football player” just before 6:30 p.m., but a suspect has not been identified, Metro police said.

The alleged incident happened during celebrations of the Arizona Cardinals’ 29-23 victory over the Las Vegas Raiders.

A video posted on Twitter showed Cardinals quarterback Kyler Murray, 25, celebrating after the team won by high-fiving fans before he appeared to have been smacked in the face while turning around. Murray then appears to engage in a confrontation with someone in the crowd before walking back onto the field.

While police confirmed there was a battery involving a fan and a player at the stadium, they would not confirm who the player was.

The investigation is still ongoing, according to police.

Murray was drafted by the Cardinals in 2019 after winning the Heisman Trophy at Oklahoma the year before.

The Associated Press contributed to this report.