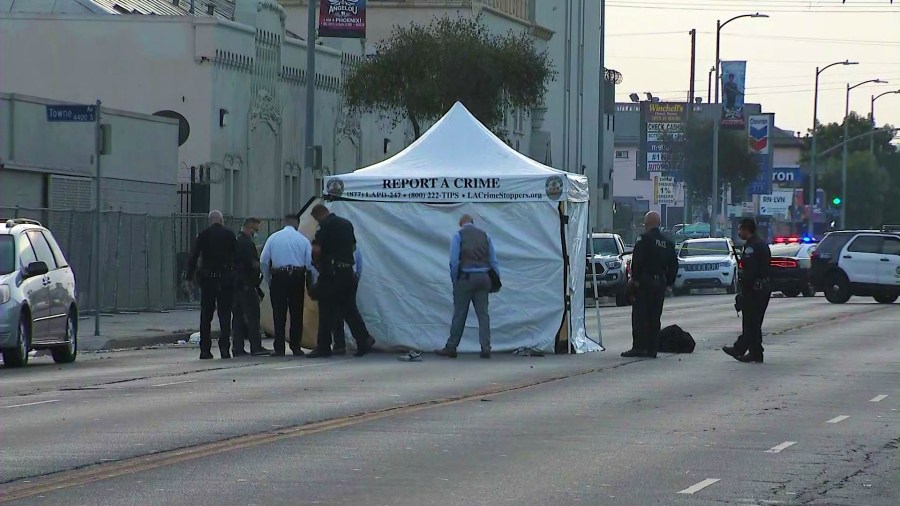 Homicide investigators have been called to a hit-and-run crash in South Los Angeles where a man left dead in the street was also found to have a shooting wound Thursday morning.

The incident was reported around 1:30 a.m. near the intersection of Towne and East Vernon avenues, a Los Angeles Police Department spokesperson said.

A vehicle that was traveling westbound on Vernon Avenue struck the pedestrian, who was apparently already lying in the street, police said.

The driver then left the scene and the victim was struck by a another vehicle. It was unclear if the driver of the first vehicle knew they had hit someone.

The driver of the second vehicle remained at the scene, according to investigators.

A coroner’s official later discovered that the victim had also been shot at least once, prompting further investigation from homicide personnel.

The victim has not been identified but was described as a man possibly in his 20s.