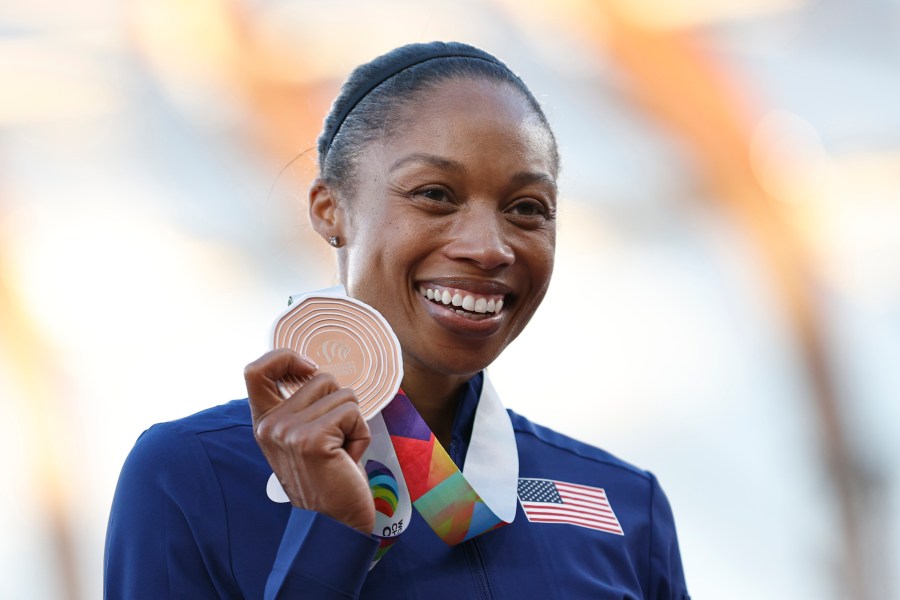 The University of Southern California will name one of its fields after 11-time Olympian and university alumna Allyson Felix, USC president Carol L. Folt announced on Wednesday.

“When Allyson and I spoke about naming the field after her, she responded with the grace and humility she has shown throughout her life,” Folt said in a statement.

“The Allyson Felix Field will recognize her immense achievements as a sports legend and Trojan — while also showing our admiration for her role as an entrepreneur, advocate, and champion for women.”

The soon-to-be “Allyson Felix Field” will be located in the center of Katherine B. Loker Track Stadium.

Felix, an Olympic track and field runner, has earned the most Olympic medals of any track athlete in U.S. history, a news release said.

She retired from track and field in 2022.

The former Trojan earned a bachelor’s degree from USC’s Rossier School of Education while competing in multiple Olympics and international games. Felix, the university’s 2022 commencement speaker, earned an honorary doctorate of human letters.

The university plans to formally dedicate the newly named field in the spring.