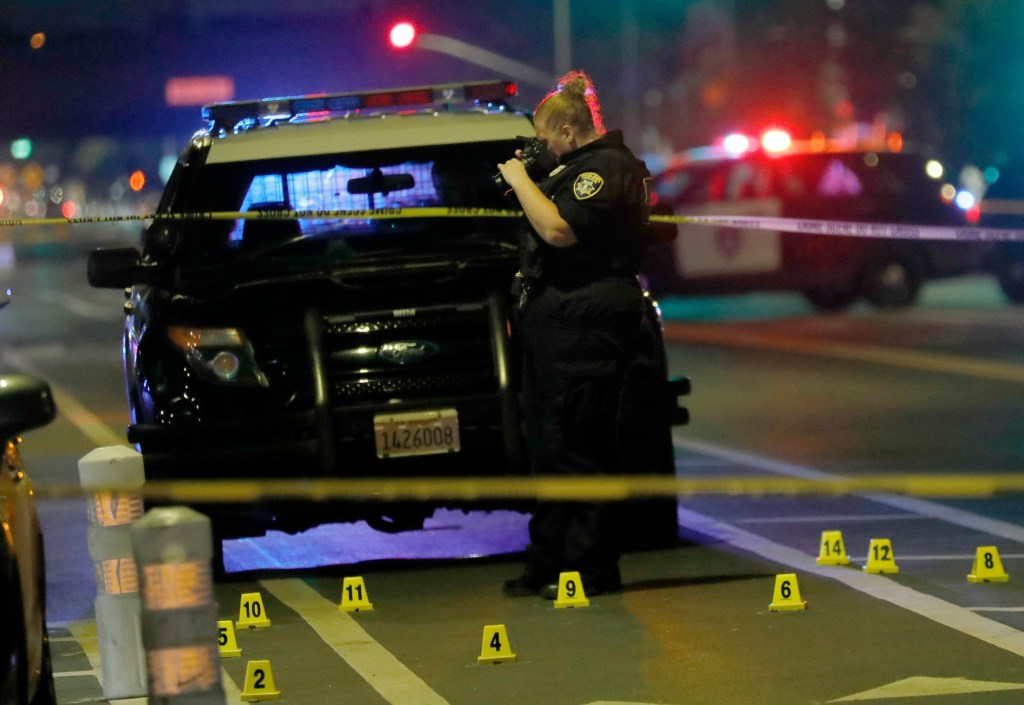 OAKLAND – Three people were killed and a fourth was injured in two separate shootings Monday night in Oakland, police said.

The first shooting was reported just before 7:45 p.m. in the 3100 block of Telegraph Avenue, in the city’s Pill Hill neighborhood, according to the Oakland Police Department.

Two men were pronounced dead at the scene. Police said they were found inside two different businesses. A third victim arrived at a hospital with injuries that were not considered life-threatening.

The suspect was gone by the time officers arrived at the scene. It was not immediately known if the suspect approached the victims in a car or on foot, or what the victims’ relationships were to one another and the locations where they were shot.

Telegraph Avenue was closed while police investigated the shooting. Multiple shell casings were recovered at the scene.

The second shooting was reported at 8:30 p.m. in the 2200 block of East 20th Street. The victim was pronounced dead at the scene. Additional details were not immediately available.

The deaths marked the 88th, 89th and 90th homicides of the year Oakland police have investigated. The California Highway Patrol has also investigated four homicides on freeways in the city. By this time last year, OPD had investigated 100 homicides.

The identities of the victims are being held withheld pending notification to their next of kin.

More bloodshed again in @oakland tonight. Three shot, two dead on Telegraph Ave and another woman shot at East 20th St. & 23rd Ave. And some cars shot up in East Oakland also, but no one hit. I’ve lived here 25 years and the violence is still mind blowing. pic.twitter.com/G1myE0SilJ