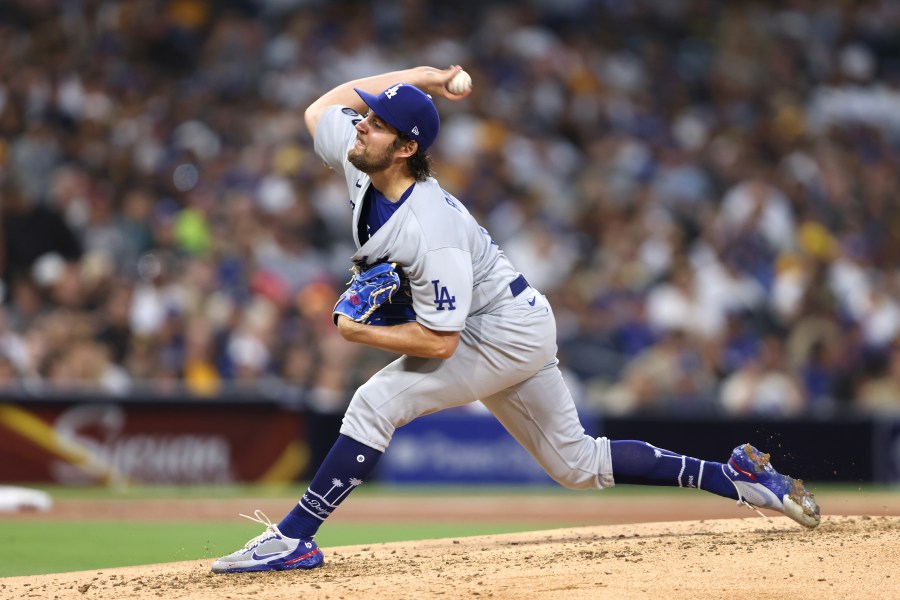 Major League Baseball officials said Bauer violated its policy on sexual assault and domestic violence, and handed down the 324-game suspension without pay on Friday.

Bauer, 31, immediately took to Twitter to say he will appeal the decision.

“In the strongest possible terms, I deny committing any violation of the league’s domestic violence & sexual assault policy,” Bauer said. “I am appealing this action and expect to prevail. As we have throughout this process, my representatives & I respect the confidentiality of the proceedings.”

If Bauer loses the appeal, he will miss a total of 435 games, according to the Los Angeles Times.

Additionally, he could lose $60 million in salary if the suspension is upheld, the Associated Press reported.

In a statement, the Dodgers said they were informed that MLB had concluded their investigation into the allegations and of the decision to suspend the All-Star pitcher.

“The Dodgers organization takes all allegations of this nature very seriously and does not condone any acts of domestic violence or sexual assault,” the team said, adding they will not comment further.

The suspension will extend beyond the expiration of Bauer’s contract with the Dodgers, and is the longest suspension for violating the MLB’s sexual assault and domestic violence policy, the Times reported.

He was placed on paid administrative leave on July 2, which was repeatedly extended.

The suspension, however, begins on Friday, meaning he won’t get credit for time served, ESPN explained.

The decision comes days after Bauer announced he was suing his accuser for defamation.

The case was turned over to the DA’s office following an investigation by the Pasadena Police Department.

Bauer denied the allegations, saying the two engaged in rough sex at her suggestion and followed guidelines they agreed to in advance. Each encounter ended with them joking and her spending the night, Bauer has said.

The allegations came to light last summer, when the woman sought a protective order against the Cy Young-winning pitcher. She said in court documents that the two had met on Instagram when she tagged him in a photo while he pitched during a game against the San Diego Padres.

A judge denied an extension to the protective order.