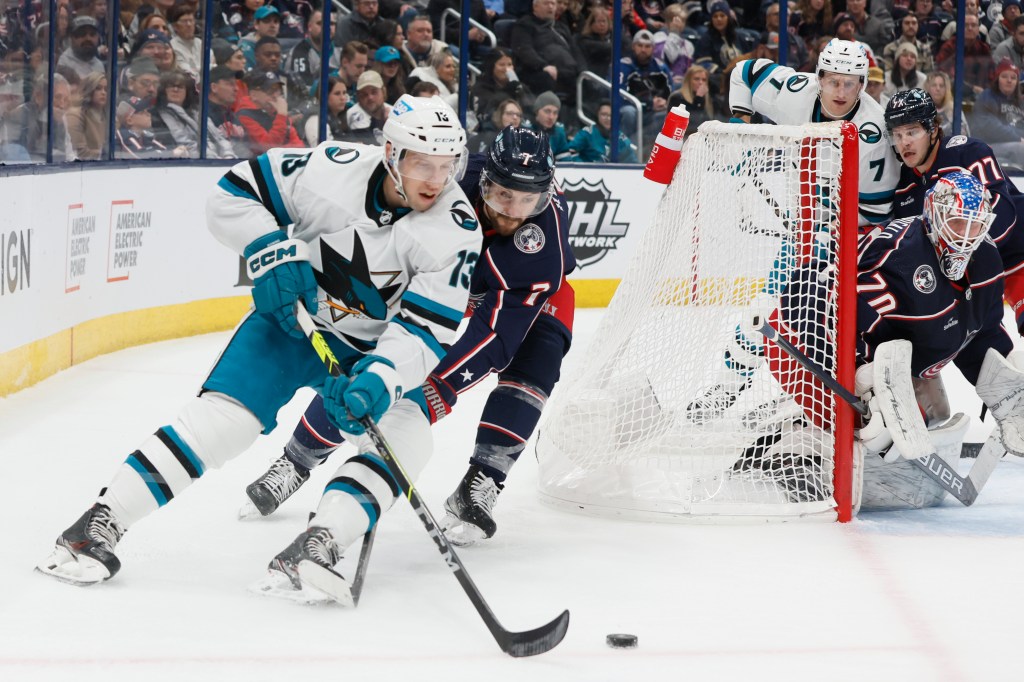 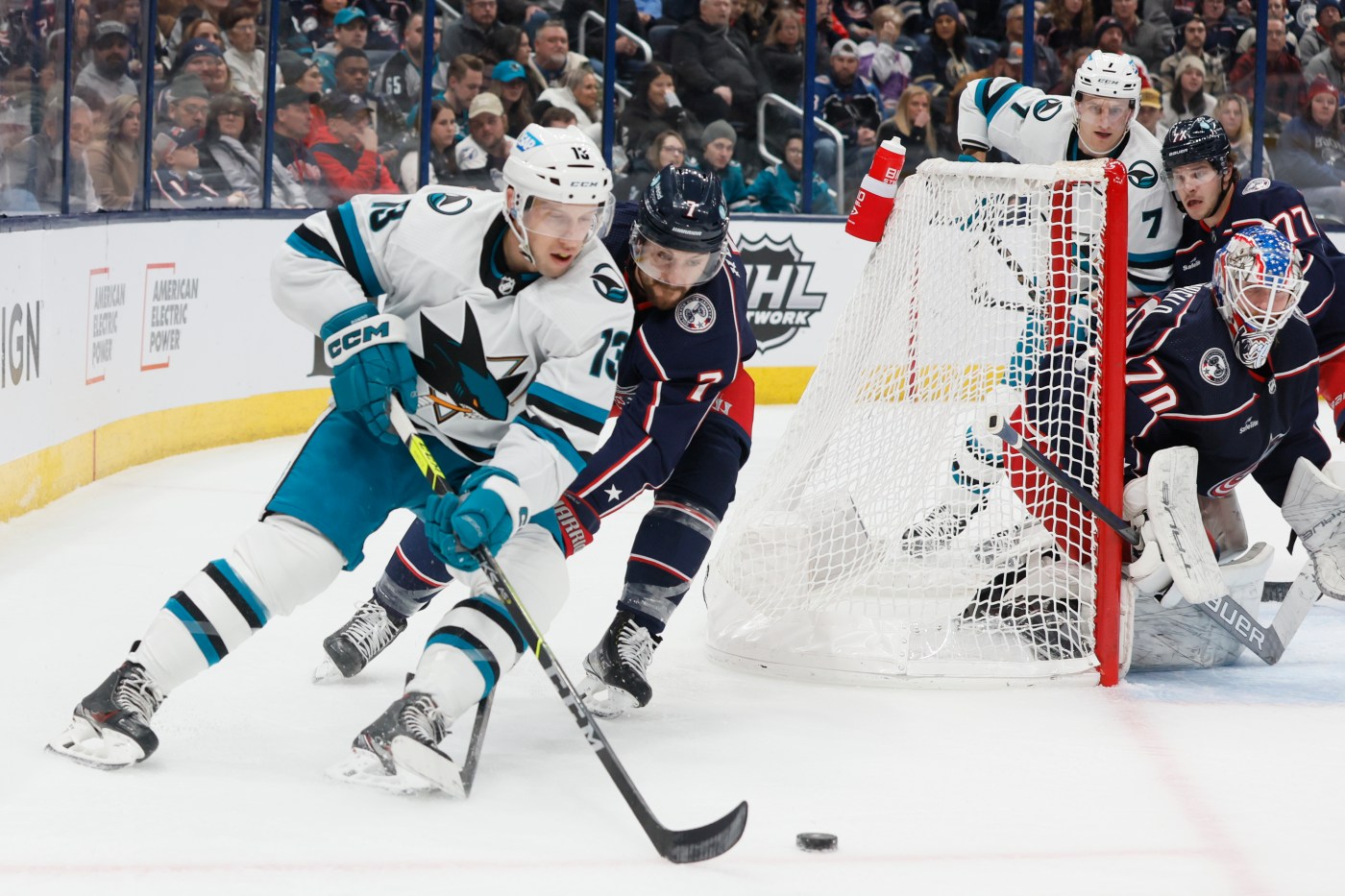 The San Jose Sharks have had issues stringing together wins all season long, and those struggles have extended to teams at or near the bottom of the NHL standings.

Saturday, the Sharks had trouble putting away the NHL’s worst team, as Gus Nyquist scored a go-ahead goal with 7:22 left in the third period to help give the Columbus Blue Jackets a 5-3 win at Nationwide Arena.

Nico Sturm was credited with his 11th goal of the season at the 1:53 mark of the third period, giving the Sharks a 3-2 lead, although it appeared Noah Gregor might have been the last San Jose player to touch the puck before it crossed the goal line.

But Patrik Laine got that goal back just 1:11 later, as he was left alone near the slot and fired a shot past Sharks goalie Kaapo Kahkonen for his 13th of the season.

Then after a Columbus takeaway, Nyquist ripped a shot past Kahkonen for his 10th of the season, helping the Blue Jackets (13-30-2) snap a three-game losing streak. Blue Jackets forward Sean Kuraly added an empty-net goal with 1:04 to play.

The Sharks, who were coming off an impressive 5-3 win over the Dallas Stars on Wednesday, also received goals from Timo Meier and Nick Bonino. They next play against the NHL’s best team, the Boston Bruins, on Sunday night as they continue a five-game road trip.

Kahkonen, in his first start since a 7-1 loss to Edmonton on Jan. 13, stopped 24 of 28 shots as the Sharks lost for the fourth time in five games.

The Sharks (14-24-9) entered Saturday’s game in 28th place in the NHL with 37 points, ahead of Arizona, Anaheim, Chicago and Columbus, and just two points behind Vancouver. Against those five teams this season, though, the Sharks are now 4-3-5, picking up 13 of a possible 24 points.

Bonino’s goal at the 5:39 mark of the second period gave the Sharks a 2-0 lead, one that was erased in short order by the Blue Jackets.

With Noah Gregor serving a tripping penalty, Johnny Gaudreau took a pass from Patrik Laine and snapped it past Kaapo Kahkonen for his 13th goal of the season at the 11:19 mark of the second. Just 72 seconds later, on a Blue Jackets rush, Boone Jenner scored his 12th of the season.

Meier opened the scoring at the 10:49 mark of the first period.

With the Blue Jackets on the line change, Tomas Hertl sent a pass along the boards through the neutral zone to Noah Gregor. Coming in on a odd man rush, Gregor sent a pass to the middle for Meier, who went forehand to backhand to beat Columbus goalie Joonas Korpisalo for a 1-0 Sharks lead.

Meier now has seven goals and three assists in 10 goals this month. Gregor’s assist was his second in as many games.