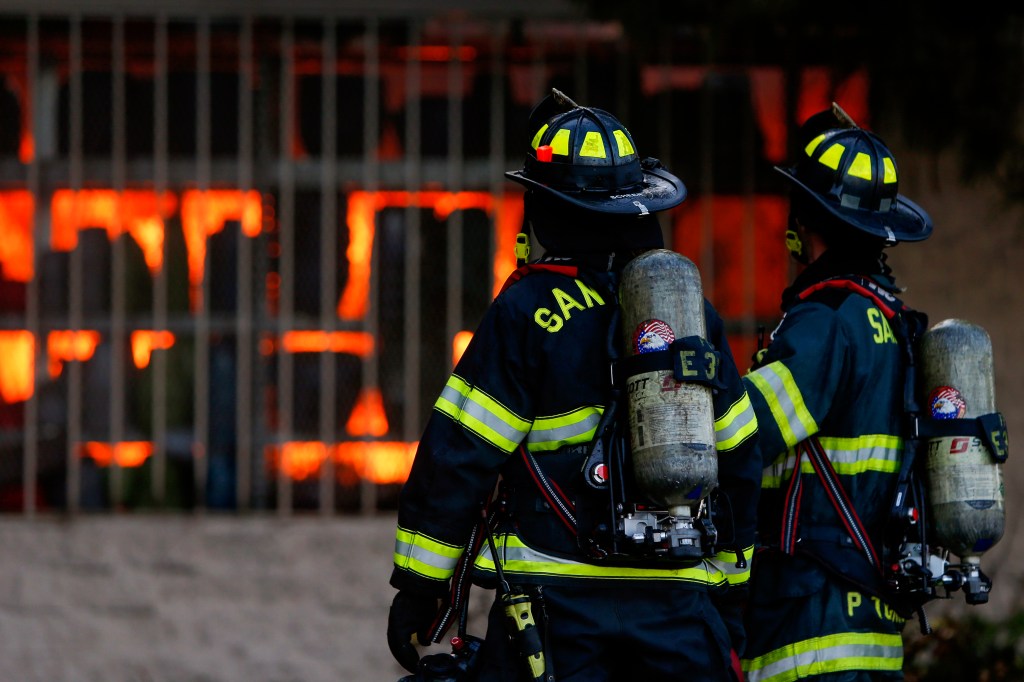 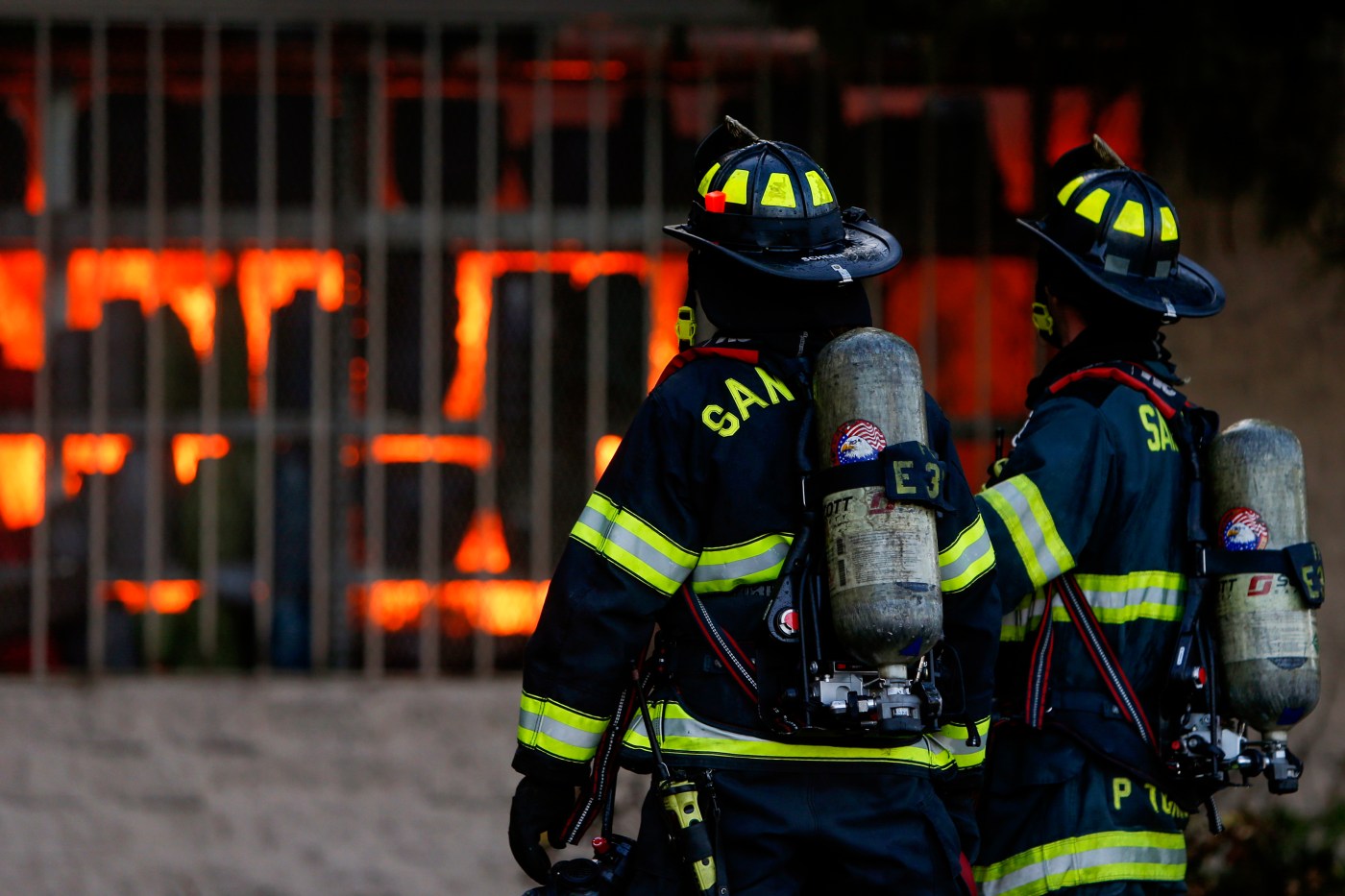 SAN JOSE — A three-alarm fire at two San Jose duplexes over the weekend displaced at least seven people and one dog, according to authorities.

No injuries were reported.

The fire was reported Sunday at 6:46 p.m. at a house in the 100 block of Roundtable Drive, according to the San Jose Fire Department. Arriving fire crews reported heavy smoke coming from the back of the lot and that a second building was involved.

PG&E was called to the scene due to reports of a transformer and wires being involved with the fire, officials said.

Second and third alarms were called at 7:01 p.m. and 7:25 p.m., respectively. The fire was knocked down at 8:21 p.m. and placed under control by 9:49 p.m. Red Cross assisted with seven people displaced by the blaze and one dog.

Investigators were still looking for a cause for the fire Tuesday. A damage assessment was not released.