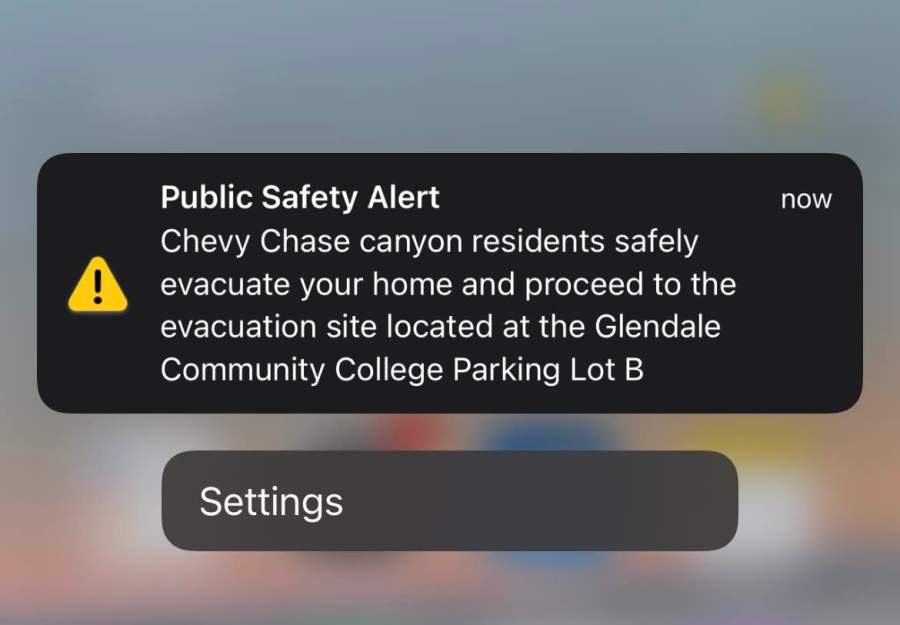 Residents across Los Angeles took to social media Saturday morning after an emergency alert was broadcast to phones throughout the area.

The alert read: “Chevy Chase Canyon residents safely evacuate your home and proceed to the evacuation site located at the Glendale Community College Parking Lot B.”

After receiving the alert, people posted on Facebook and Twitter to see if other L.A. residents received the phone notification and ask the burning question: where is Chevy Chase Canyon?

The alert was meant to be sent out to residents in a small community in Glendale, according to the city of Glendale on Twitter, but was mistakenly sent out to wide swaths of the Los Angeles community.

Glendale city officials and the fire department had planned for an evacuation drill beginning at 9 a.m. to prepare in the event of an actual evacuation as fire season quickly approaches.

The city later apologized for the alert and said it was a tech error.

“We are working to remedy this issue,” the city of Glendale said in a Tweet.