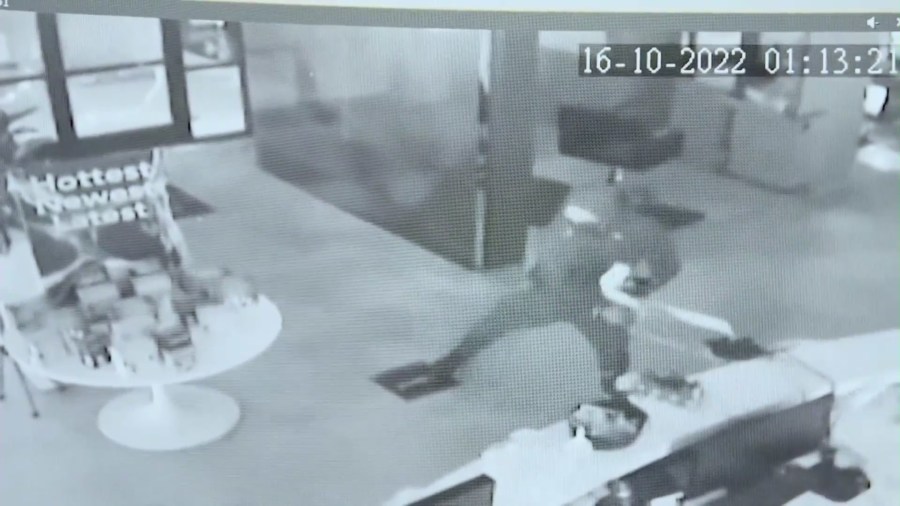 It happened in a matter of seconds — a brazen thief breaking into an Orange County salon and stealing $40,000 from innocent workers.

Security footage from The Grand salon in Downtown Brea shows a burglar breaking into the store and heading directly towards a credit card payment machine near the entrance.

The salon’s owner, Son Mai, says the burglary happened on Sunday around 2 a.m. in the morning.

“He knew exactly which one to go for,” says Mai.

Mai says the thief targets a credit card machine instead of a traditional cash register to utilize towards a refund scam.

The scam involves using a credit payment machine to refund money onto prepaid or stolen credit cards. The cards can then be used to withdraw money from an ATM.

Using this method, Mai says the thief has stolen approximately $40,000 from 17 victims.

The suspect is still at large and business says their bank isn’t guaranteeing the salon workers will receive their money back.

Mai says the entire ordeal has been a financial nightmare.

“No one would even imagine that this level of exposure is sitting out there,” says Mai. “That they can literally take this machine, plug it in and issue refunds on these prepaid Visa cards upwards of $15,000, nearly wiping somebody out.”

A stylist at the salon who lost several thousand dollars during the theft says she’s worried the money stolen from her account will be completely lost at her expense.

“We’re devastated to think that these are people who may have mortgages, car payments, rent payments due and their money’s being held,” said Mai.

In a statement to KTLA, the salon’s bank says they’re aware of the incident and are currently investigating.