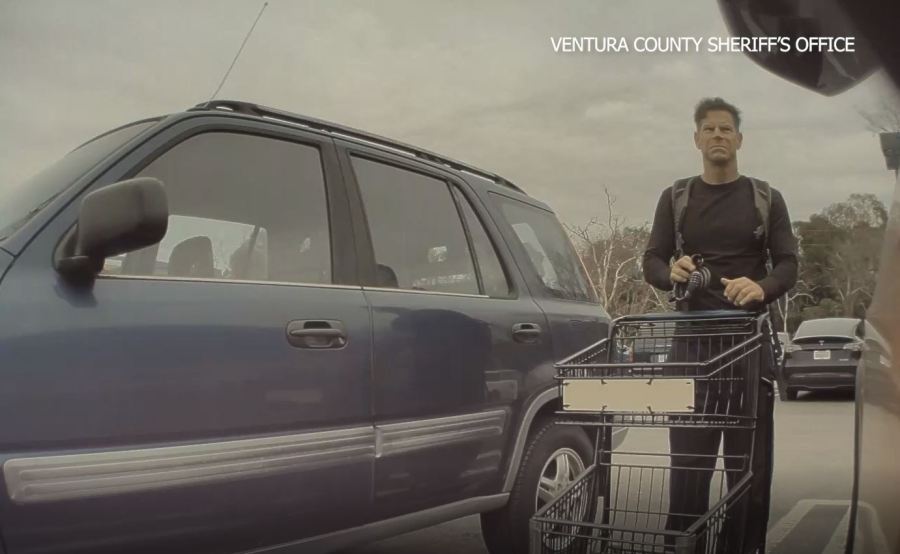 A Ventura County man was arrested on Tuesday after security footage recorded by the Tesla he was vandalizing was posted on social media.

The suspect was identified as Douglas Kennett, 55, from Newbury Park by the Ventura County Sheriff’s Office.

The incident happened on Jan. 8 at a parking lot near 541 South Reino Road in Newbury Park, authorities said.

When the victim returned to his car and discovered “significantly deep scratches” on the exterior, he deferred to his Tesla’s security monitoring system.

Video captured the suspect, Kennett, pushing a shopping cart while holding what appears to be a bike lock. He passes the car, then backs up and looks around before dragging the metal lock across the doors.

He turns around, places the lock in his other hand, and scratches the car twice more before walking away.

The victim posted the video on social media where locals recognized the suspect as Kennett.

On Tuesday, detectives located Kennett at his home where he was taken into custody. Authorities also discovered evidence believed to be connected to the crime after serving a search warrant for his home.

The motive behind the incident remains under investigation.

Anyone with evidence involving the suspect in other vandalisms is asked to call Detective Josh Richter at 805-494-8228.

“The Thousand Oaks Police Department would like to thank the citizens who came forward and assisted in this investigation. Their willingness to get involved and identify the suspect resulted in a timely and successful resolution to this crime.”