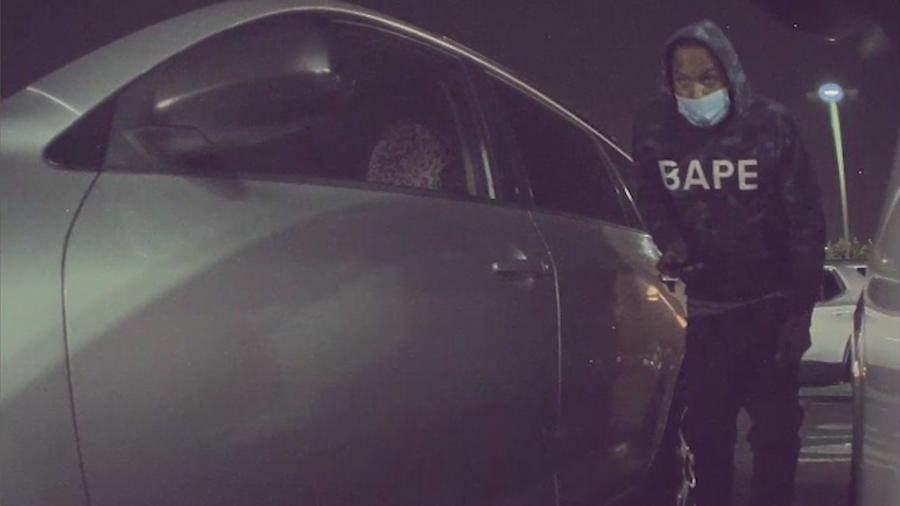 Security video from a Tesla shows car thieves prowling through a parking lot in Rowland Heights, breaking into at least a half dozen vehicles in one night.

Armed with flashlights, the suspects were working together, smashing windows and grabbing anything they could find.

One victim was enjoying dinner at a nearby restaurant when the thieves broke into her car.

“As soon as I got out of the restaurant, I realized my window was smashed and my backpack was taken,” said a victim named Catherine.

Her car was parked just a few steps away front the restaurant at the time.

“I lost my AirPods, my backpack and some of the stationary that I bring to work,” said Catherine.

She said it will cost around $1,000 to replace her shattered car window.

Catherine’s car was one of six cars broken into during the same night in the area. Her friend’s Tesla, which was parked nearby, was able to capture the burglars during the break-ins.

Catherine was able to track the location of her belongings using her AirPods. She saw her items travel to another parking lot, then to a home near Rowland Heights High School.

Despite all the evidence she’s gathered, she still feels justice may not be served.

“I feel very helpless,” said Catherine. “As much as I’ve provided, I’m just honestly not very confident that these people will pay for what they’ve done.”

Anyone who recognizes the suspects is asked to contact the Los Angeles County Sheriff’s Department.