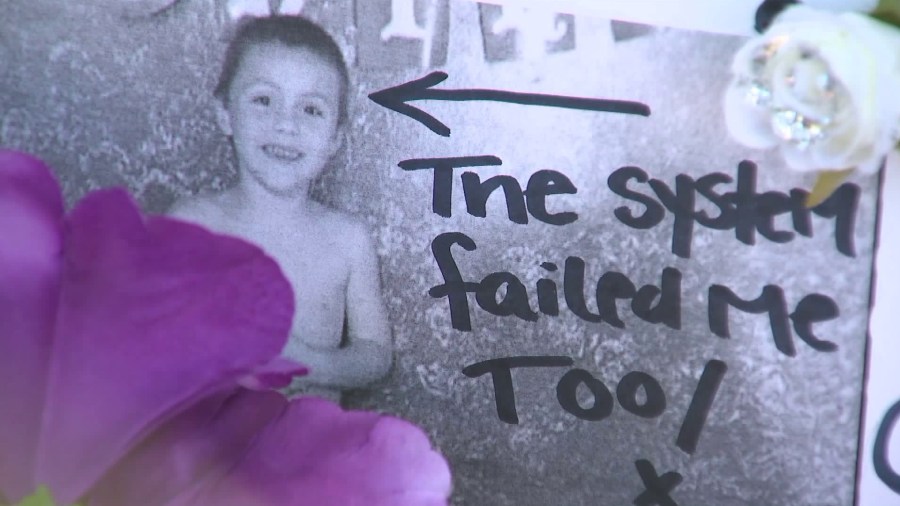 A tentative $32 million settlement has been reached between Los Angeles County and the family of a 10-year-old Lancaster boy who was tortured and killed allegedly at the hands of his mother and her boyfriend in 2018.

In 2019, Anthony Avalos’ father, Victor Avalos, sued the county claiming the Department of Children and Family Services failed the boy.

Heather Maxine Barron and her boyfriend, Kareem Ernesto Leiva, were charged in connection with the death and are awaiting trial. They were previously facing the death penalty in the case, but that was taken off the table last year.

Attorney Brian Claypool announced the tentative agreement during a news conference Wednesday morning. The money will go to the father and three of Anthony’s half siblings, who were also allegedly tortured.

He said a responsible department would have removed the boy from his mother’s home years before he was killed and he would still be alive today.

“The basis of that lawsuit was: 13 times L.A. County DCFS was notified of abuse within that home, and, guess what? L.A. County DCFS went 0 for 13,” Claypool said. “They never even went up to the plate to bat for Anthony Avalos.”

Anthony’s aunt said family members had contact with the boy for the first seven years of his life, but after that his mother had custody of him and they were not allowed to see him.

“If we would have done things differently, maybe he would still be here with us,” Maria Barron said. “I put all my trust and faith into a system that, at the time, I didn’t know was broken. If I would have known then what I know now, trust and believe I would have never called. We would have tried to figure things out, just like we always did.”

Victor Avalos said there are many things he didn’t get to do with his son, like show him where he grew up.
“Nothing is going to bring him back, and I don’t think that’s fair,” he said.

The conditional settlement will still need to be approved by the Los Angeles County Board of Supervisors, which could take anywhere from 30 to 90 days.

Claypool said the family has a separate pending lawsuit against a mental health agency that was supposed to provide counseling for Anthony. The agency, however, was not in contact with DCFS and claims neither communicated with the other about what was happening in the child’s life, Claypool alleges.