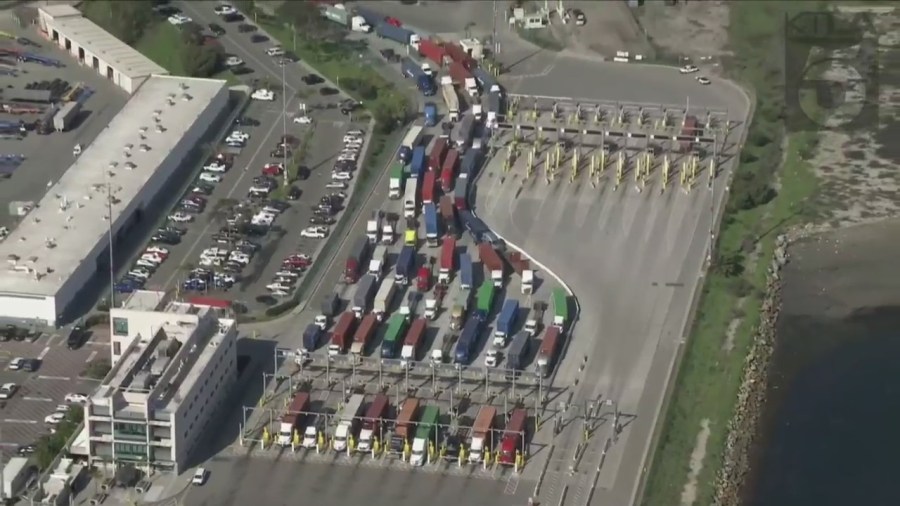 A technical issue at the Port of Los Angeles caused a massive truck backup Thursday afternoon.

Drivers reported being stuck and unable to get in or out of the port.

Video from Sky5 showed hundreds of semi-trucks and container haulers at a standstill several lanes wide all the way backed up to Highway 47.

A spokesperson for the Port said a technical issue was reported at one of the terminals, which was responsible for the backup.

The terminal was expected to be back online “shortly,” they said.

Other terminals were said to be operating without issue.