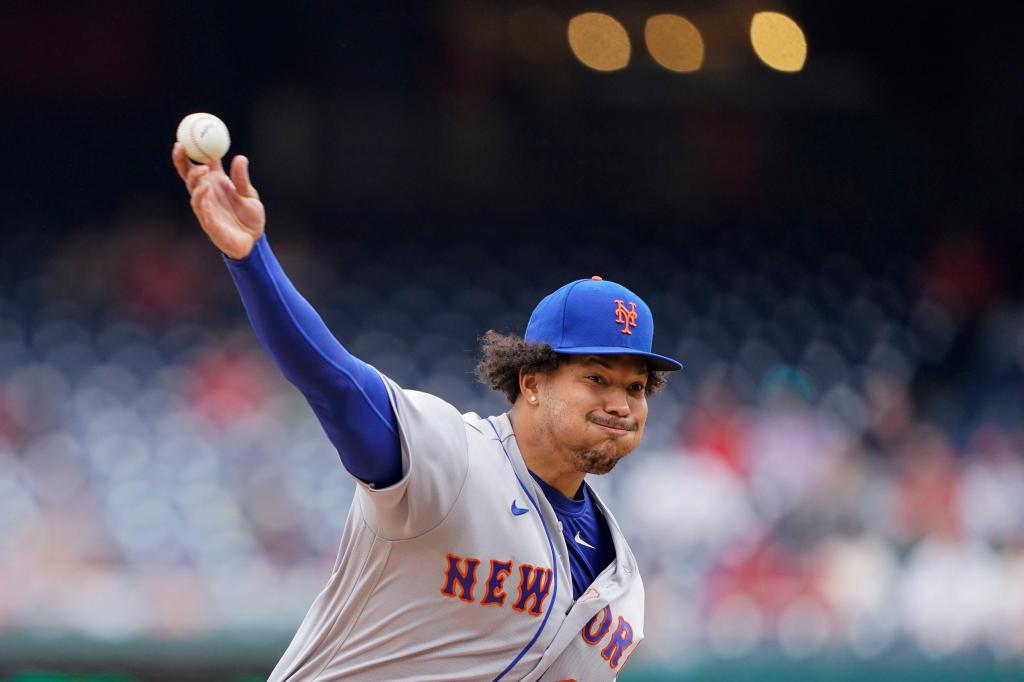 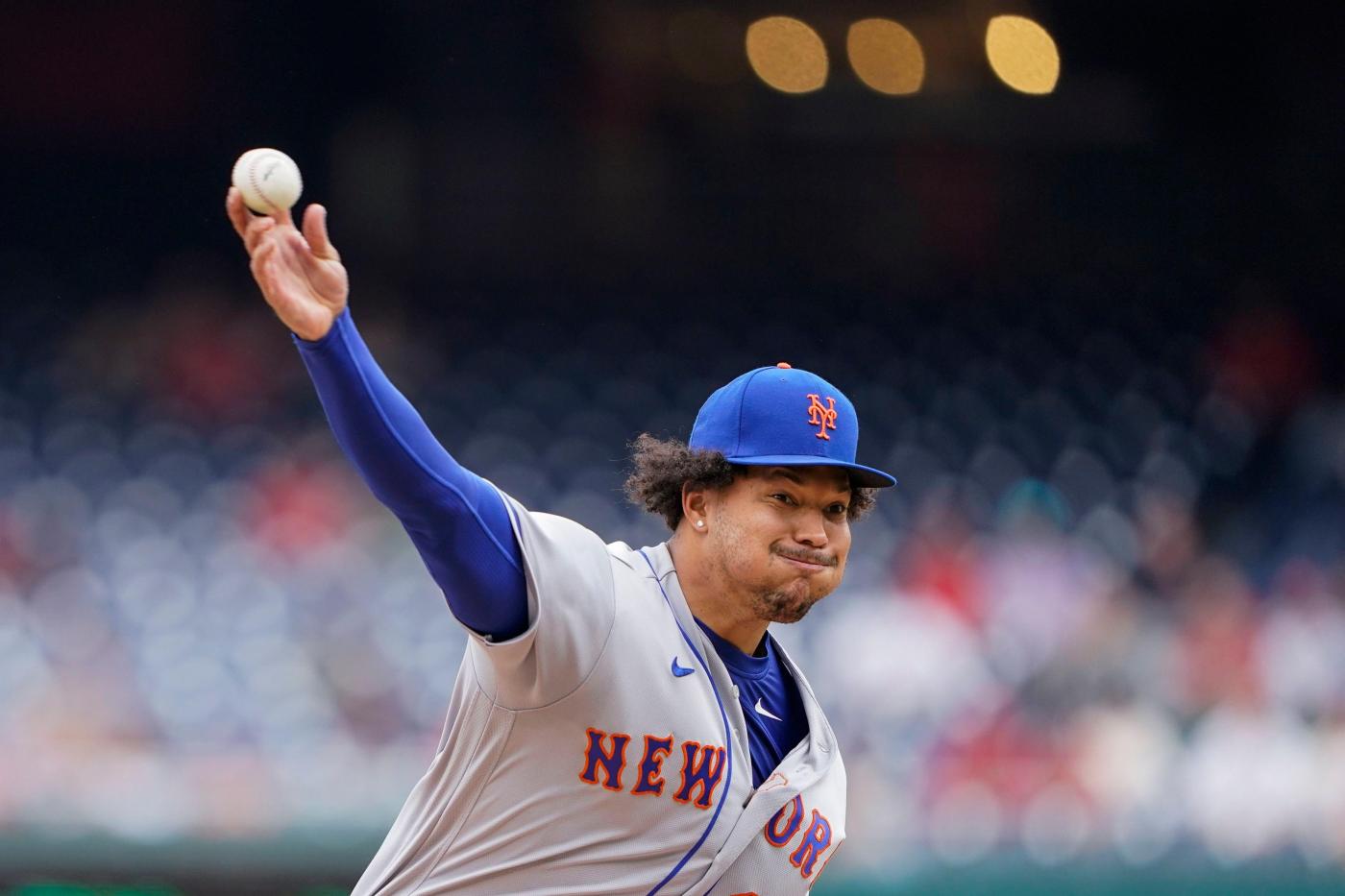 WASHINGTON — Now that’s what you call a rebound.

Taijuan Walker bounced back from the disappointing results in his previous outing to shut out the Nationals over seven innings in the Mets’ 4-1 win on Thursday at Nationals Park. Walker was efficient and dominant as he cruised through the Nats lineup, throwing 85 pitches and allowing just three hits and one walk in that span.

“It felt really good just to go out there and contribute and go deep into games,” Walker said. “And now I feel like after this outing I should be in the clear to go deep every game now.”

The Mets (22-11) won their ninth series of the season, continuing their Amazin’ streak of being the only MLB team to avoid losing a series this year. The key for the 2022 Mets has been winning the series opener, something they’ve done eight out of 10 games thus far. The Mets wrapped up their 13-game stretch against divisional opponents (Phillies, Braves, Phillies again, and Nationals) going 8-5.

It’s been a peculiar season for Walker, as he faced a team not named the Phillies for the first time this season on Thursday. After undergoing offseason knee surgery in January, Walker went through a slower ramp-up in spring training, a bit behind his rotation mates. Though he broke camp with the club and made his first turn through the rotation, Walker left his season debut after just two innings with right shoulder bursitis.

Once Walker came off the injured list, his third straight outing against the Phillies featured a crooked number, as he allowed the division rivals to tack on seven runs (six earned) in just four innings. But Walker, who lowered his ERA from 4.91 to 3.00 on Thursday, entered his fourth outing of the year with a game plan to throw more curveballs. It earned him his first win of the season.

“The biggest thing was trying to get ahead,” Walker said of his success against the Nats. “I feel like my last start was just getting behind. This time I wanted to go and attack them. We put up runs early so it was easier to do that.”

Thursday’s terrific start showed promise for Walker as he contributed to outs not just from the mound, but in the field too. Walker helped in a strange 5-6-1 fielder’s choice, tagging Juan Soto out at third base and pushing the Nationals right fielder flat on his back, in an awful baserunning decision by Washington that the Mets happily took care of in the fourth inning.

Josh Bell, who hit into the fielder’s choice, slid into second as Soto crashed into Walker, who mistakenly threw the ball away to right field. Once Bell saw the ball trickle away, he immediately darted for third. But right fielder Starling Marte was perfectly positioned for the errant throw. The Mets were able to double up Bell at third with a 9-6 putout to end the wacky play that featured two outs at the hot corner.

“It was unexpected,” Walker said of his collision with Soto. “I got a little mad because it was a rundown and I didn’t think he was going to slide into me. Smart play, I guess. (Bell) was going to second. But in the moment, I wasn’t too happy about it.”

Watching that play unfold from left field was Mark Canha, who cranked his second home run of the season in the ninth inning and went 3-for-4 with three RBI on Thursday.

Canha is .313 with a .774 OPS for his new club, but he hasn’t been playing much in recent days. The left fielder has started just three of the team’s last five games, and Showalter indicated that Canha sitting out creates more opportunities for other players — like outfielder Travis Jankowski and infielder Luis Guillorme — to get involved in matchups. But when Canha was asked why he hasn’t played much in recent days, the outfielder said: “I can only speculate as to why that is.”

All of which made Canha’s late-game home run that much more gratifying for him. Mets players have a new postgame ritual where they award the hitter of the day with a metaphorical belt, Canha said. The belt doesn’t actually exist in physical form, but a hitter will hold up the belt in the clubhouse as part of a celebration. On Thursday, the hitter of the day was Canha. But 32 games into the year, Canha said the “belt” has already been awarded throughout the entire clubhouse.

“What’s cool about this team is, I’m pretty sure all of our hitters have won the award at some point this year,” Canha said. “Which just shows you someone different is always the hitter of the day. Someone always is the hero. That’s been the coolest part of this year. Same with the pitchers. It’s always somebody different stepping up. Our depth, it’s always different guys being the hero, which is really cool.”