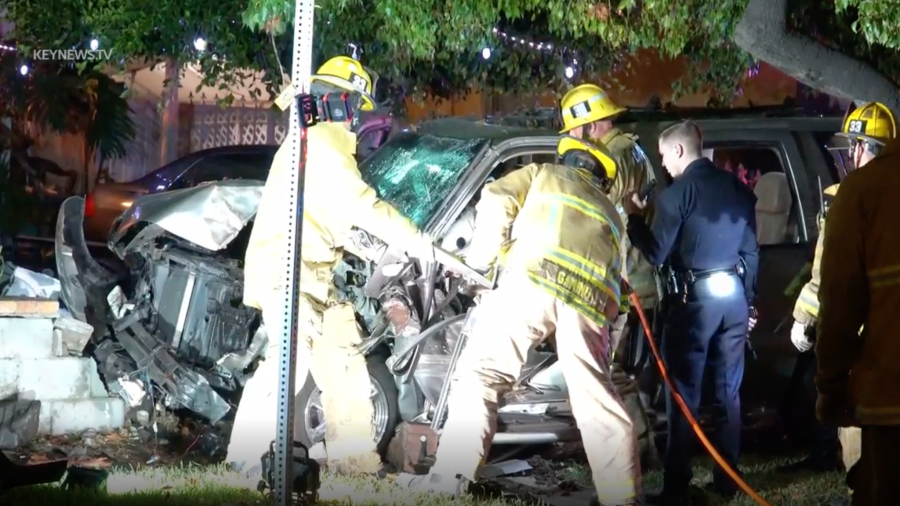 Three people suspected of stealing catalytic converters in South Los Angeles had to be rescued with the Jaws of Life early Saturday morning after they crashed their vehicle while fleeing police.

Just before 3 a.m. Saturday, officers from the Los Angeles Police Department were in the area of Main Street and West Imperial Highway when they apparently observed a vehicle having its catalytic converter stolen.

They attempted to stop the crime, according to police officials, but the suspects sped off in a vehicle which led to a pursuit.

The chase ended moments later when the vehicle crashed into a fence near the intersection of E. 74th and San Pedro streets in Florence-Firestone.

The three people inside the vehicle were trapped and needed to be rescued by Los Angeles Fire Department personnel who used an extrication device to cut the vehicle open and free them.

All three were transported to the hospital for treatment of their injuries.

One of the suspects, a passenger, was arrested after being released from the hospital. The driver remains hospitalized, but police say he will be arrested upon his release. Both men face possible charges for vehicle tampering and evading police.

The third suspect, a female passenger, was questioned by police and released.