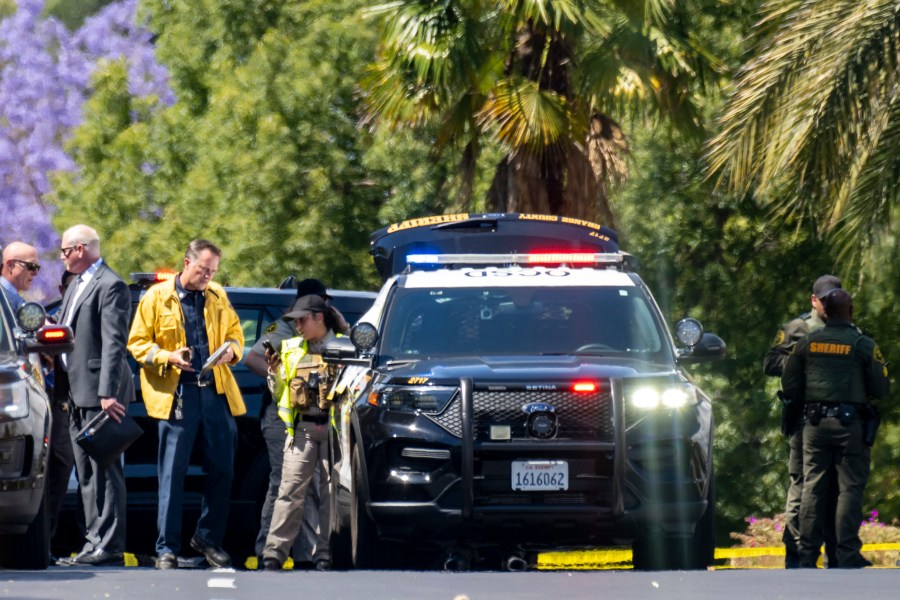 The suspect in the Laguna Woods church shooting that killed one person and wounded five others was identified Monday as a 68-year-old Las Vegas man.

The suspected gunman, David Chou, was booked on suspicion of murder and attempted murder in connection with the Sunday shooting at Geneva Presbyterian Church on the 24000 block of El Toro Road , according to the Orange County Sheriff’s Office.

Authorities are still trying to determine the motive behind the violence at the church.

The attack happened during a lunch after the morning service at the church.

One person, identified only as a man, was shot and killed. His identity is being withheld pending notification of his family.

Five other people were shot and wounded, including an 86-year-old woman and four men aged 66, 92, 82 and 75. They were all Asian, officials said.

The shooting came to an end when, an act of “extraordinary heroism,” the church’s congregants overpowered the suspect and hogtied him with an extension cord until first responders arrived, authorities said.

“I think it’s safe to say, had people not intervened, it could’ve been a lot worse,” Undersheriff Jeff Hallock said. “There were 30 to 40 people inside.”

Check back for updates on this developing story.