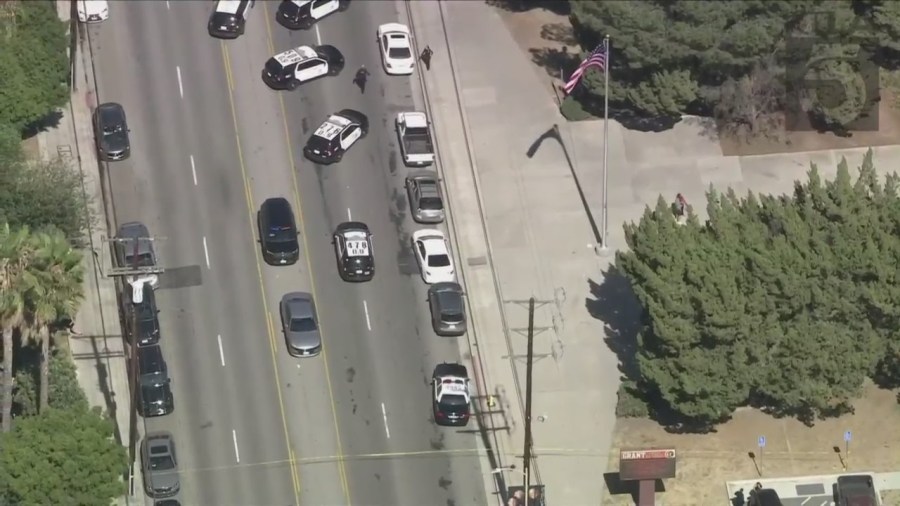 A student was injured in a shooting outside Ulysses S. Grant High School in Valley Glen Wednesday.

The shooting happened in front of the school about 3:25 p.m., around the time that school was being let out, according to the Los Angeles Police Department.

Police confirmed a male student was struck in the leg and was transported to the hospital for treatment.

As of Wednesday evening, he’s in stable condition, according to a joint statement from Los Angeles Unified School District Superintendent Alberto Carvalho and Board President Kelly Gonez.

Video captured from Sky5 showed more than a dozen police vehicles and at least one ambulance parked outside the high school on the 13000 block of Oxnard Street.

Following the shooting, the high school was placed on lockdown and authorities assisted the school with dismissal. The campus has since been cleared and was declared secure.

No arrests have been made at this time.

An older model green sedan was described as a suspect vehicle in the shooting. It was last seen heading eastbound from the scene, police said.

“This seems to be a gang-related issue. We’re working in conjunction with the North Hollywood Gang Division of the LAPD,” said Lt. Rudy Perez of the Los Angeles School Police Department.

Student Samuel Gomez said the recent shooting at a school in Texas made the incident even more stressful than it already was, though he’s thankful the shooting wasn’t more serious.

“I pray that he gets better, a speedy recovery,” Gomez said.