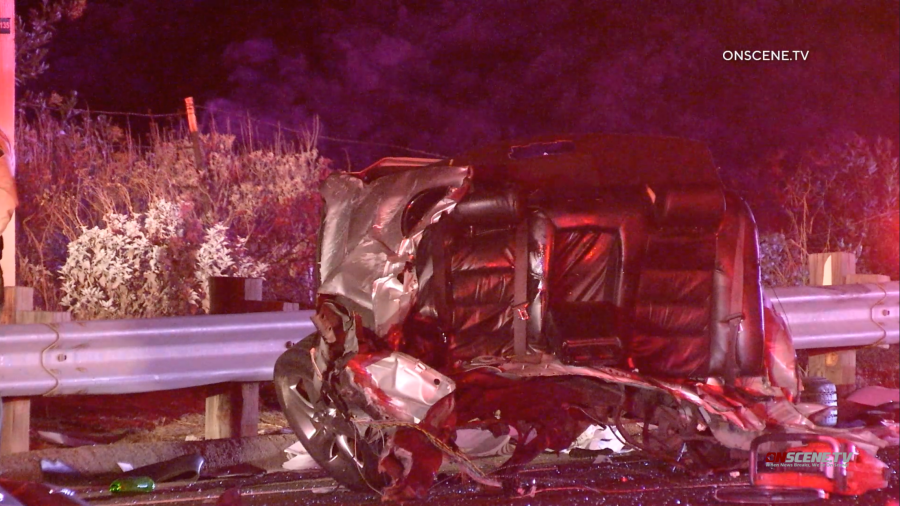 One person was killed and another was seriously injured after a two-vehicle crash in Jurupa Valley Saturday night.

Deputies from the Riverside County Sheriff’s Department responded to the area of Sierra Avenue and Karen Lane around 10:20 p.m. for a report of a multi-vehicle crash.

Upon arrival, deputies found firefighters from Cal Fire and the Fontana Fire Department working to put out two vehicles that were fully engulfed.

The flames were eventually put out which led to the driver of a 2001 Lexus being pronounced dead at the scene. The driver of a 2017 Chevrolet Silverado was rescued from the wreckage and transported to the hospital for treatment of burns and other injuries suffered in the crash.

Investigators believe the driver of the Lexus was involved in a street race with another vehicle on Sierra Avenue when it lost control and crossed over into oncoming traffic where it hit the pickup truck.

Both drivers were trapped as their vehicles erupted in flames, sheriff’s officials said.

The driver of the other vehicle that was racing, identified only as a 19-year-old man, remained on the scene and cooperated with the investigation. He was arrested and booked into the Robert Presley Detention Center to await charges for gross vehicular manslaughter.

The roadway was temporarily closed in the immediate area of the crash while investigators were on scene, the Sheriff’s Department said.

The identity of the person killed has not yet been released.

Anyone with information about the crash is urged to contact the Riverside County Sheriff’s Department at 951-776-1099. You can also submit an anonymous tip online.