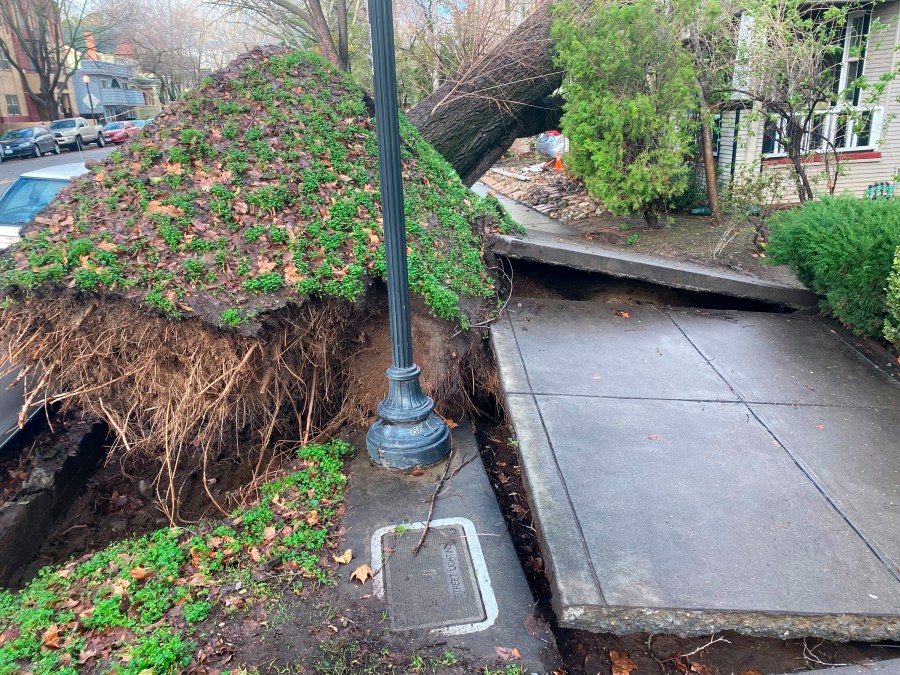 A storm that hit California Saturday night and early Sunday morning knocked down trees and power lines, leaving more than 300,000 people without power in Sacramento and surrounding counties.

At one point, close to 350,000 people were without power overnight. The Sacramento Municipal Utility District, the main electricity provider in the area, reported more than 200,000 customers were still without power Sunday afternoon.

In a Sunday news conference, state officials including the governor said they were in contact with President Joe Biden and were requesting that his administration make an emergency declaration so the state could get full support from the federal government in the recovery from the recent storms.

The director of the state’s office of emergency services said the recent storm is the fifth one to hit the state since Dec. 27, and that a stronger one was expected starting Sunday evening and continuing through Tuesday.

The storms are a series of atmospheric rivers — large formations of water vapor over the ocean that turn into rain and snow once they hit land — that have hit the state since Dec. 27.

Although the state has been in severe drought conditions for several years, so much precipitation in so little time presents just as much trouble as it does benefits.

Several communities had to be evacuated after a New Year’s weekend storm, Santa Cruz County and the Bay Area were thrashed in a later storm, and multiple deaths connected to the storms have been reported since the New Year, including a woman in Sacramento that died when a tree fell on her on Saturday night.

State officials declared a state of emergency due to the storms and the flooding risks that they pose.


Evacuation centers open for people and livestock in Sacramento County

In anticipation of the next storm, Sacramento County officials issued an evacuation warning for the community of Wilton, one of the harder hit areas in the New Year’s weekend storm.