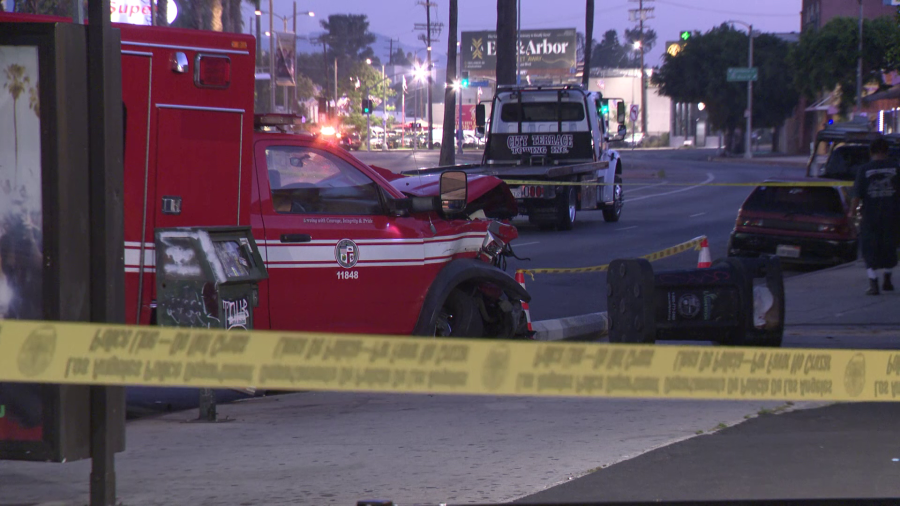 A Los Angeles Fire Department ambulance was stolen and then crashed during a pursuit early Sunday morning.

The ambulance was stolen around 2:10 a.m. just minutes after it arrived at a hospital in Sherman Oaks, according to the Los Angeles Fire Department.

The Los Angeles Police Department was informed of the stolen ambulance which was tracked down to Panorama City where police gave chase.

Officers pursued the vehicle for a short time before the ambulance ultimately crashed into two vehicles and slammed into a pole on the 14500 block of West Chase Street.

Police say two women who were in the civilian vehicles were injured and taken to the hospital. The severity of their injuries is unclear at this time.

The driver of the stolen ambulance was arrested at the scene and booked into the Van Nuys Jail. Their identity has not yet been released.

Officials said no police or fire personnel were injured during the pursuit.