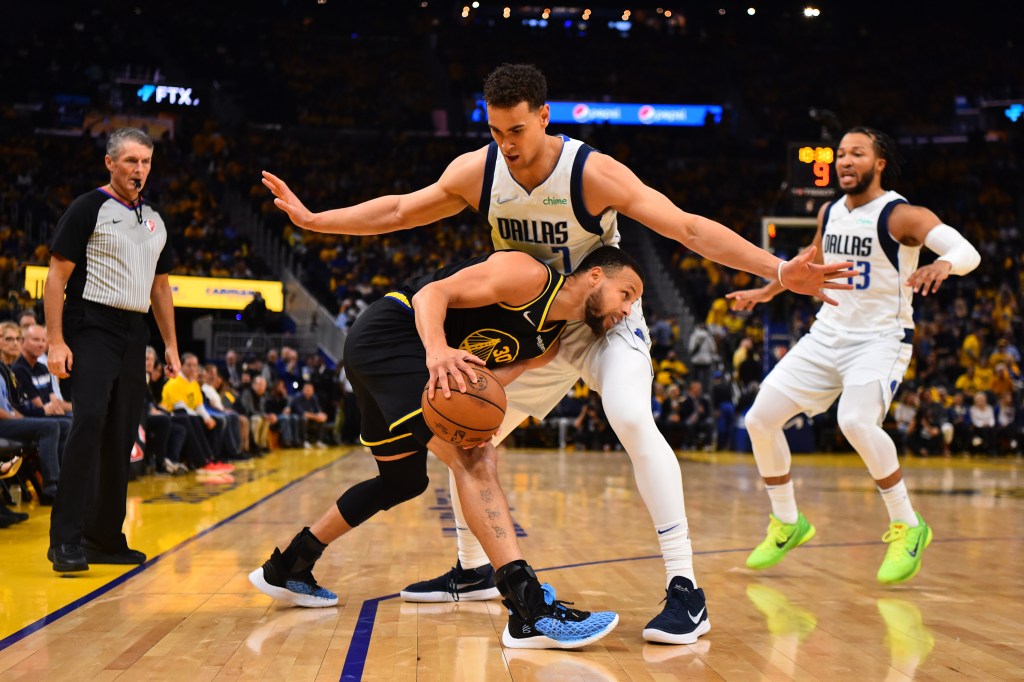 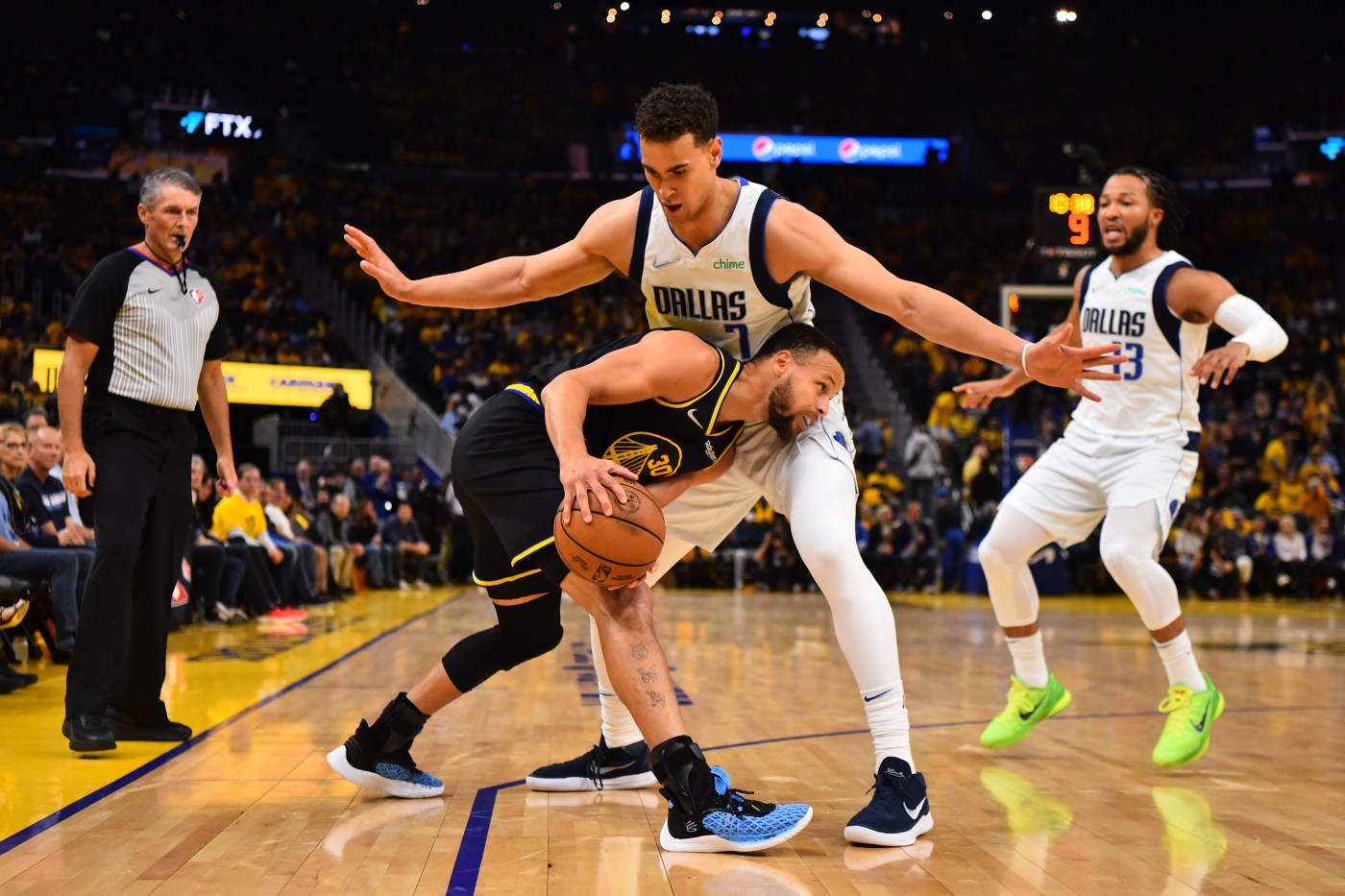 What comes with that is the NBA’s first Magic Johnson Trophy, named after the Los Angeles Lakers’ legend.

“This is special,” Curry said upon receiving his prize from former teammate Shaun Livingston.

And what may be surprising is that Curry’s trophy case is not as filled as you might suspect for a Warriors legend who’s closing in on his fourth NBA championship.

This is the first year that the NBA is awarding trophy to conference-finals MVPs, and the Larry Bird Trophy will go to whoever emerges from the Eastern Conference finals (Boston leads Miami 3-2).

By virtue of Thursday night’s wire-to-wire, 120-110 win over Dallas in Game 5, Curry and the Warriors hoisted the Oscar Robertson Trophy on their 3-year-old home court of Chase Center.

As the clock expired, Curry twirled a towel and jumped in celebration from the Warriors bench, while yellow streamed rained on joyous fans.

Curry’s 15 points were his fewest in a close-out win in any of his previous playoff-series victories. He was 5-of-17 from the floor and 2-of-7 on 3-point attempts, with nine assists and three rebounds.

”We know this isn’t the ultimate but we’ve got to celebrate it,” Curry said to the crowd.

In the Warriors’ three NBA Finals triumphs, MVP honors did not go to Curry, but rather Andre Iguodola in 2015 and Kevin Durant in 2017 and ’18.

Of course, the Larry O’Brien Trophy is Curry and the Warriors’ ultimate goal once the NBA Finals get underway for the first time in San Francisco, at the Chase Center next Thursday night.

Curry’s first grasp of that NBA championship came in 2015, when he won the first of consecutive league MVP honors (and the accompanying Maurice Podoloff Trophy).

An eight-time All-Star and this year’s MVP for that game, Curry’s been a perennial All-NBA selection since 2013, and he made second-team this season.

He punctuated Thursday night’s win with a three-pointer from the right corner with 2:02 remaining, seconds after missing an off-balance, one-handed jumper. The Warriors led 118-102, and after one more trip down court, Curry headed to the bench with a pat on the back from coach Steve Kerr, amid a standing ovation from the crowd clad in yellow T-shirts, with 97 seconds until the NBA Finals.

Curry’s scoring line night didn’t reach double digits until 4:38 left in the third quarter, with that jumper giving him 11 points and the Warriors a 22-point lead.

The Mavericks responded with a 17-3 run and closed within 92-84 in the third quarter’s final minute.

Curry got serenaded by the crowd’s chants of “MVP! MVP” to shoot free throws in the final minute before halftime. Earlier in the second quarter, one of his ankles got taped after rolling it while defending Dallas star Luca Doncic.

Curry had only five points at intermission, but he had seven assists on the Warriors’ 24 field goals.

This series opened with Curry scoring 21 points but also making a huge impact with 12 rebounds (10 on defense). He scored 32 and 31 points in the ensuing two wins, dropped in 20 points before getting pulled in the Game 4 defeat in Dallas.