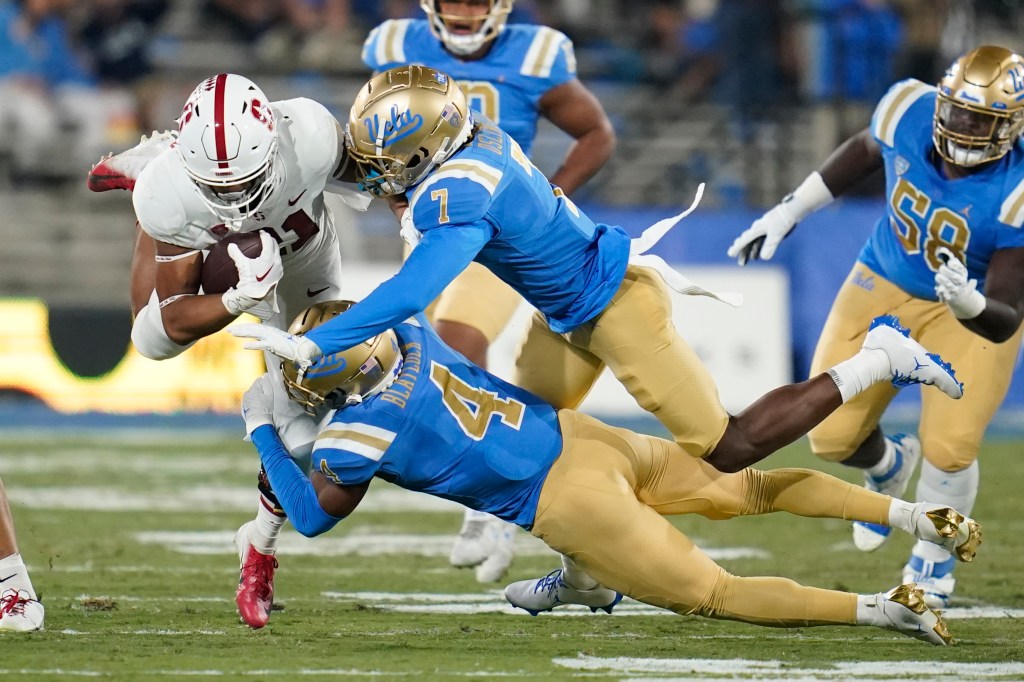 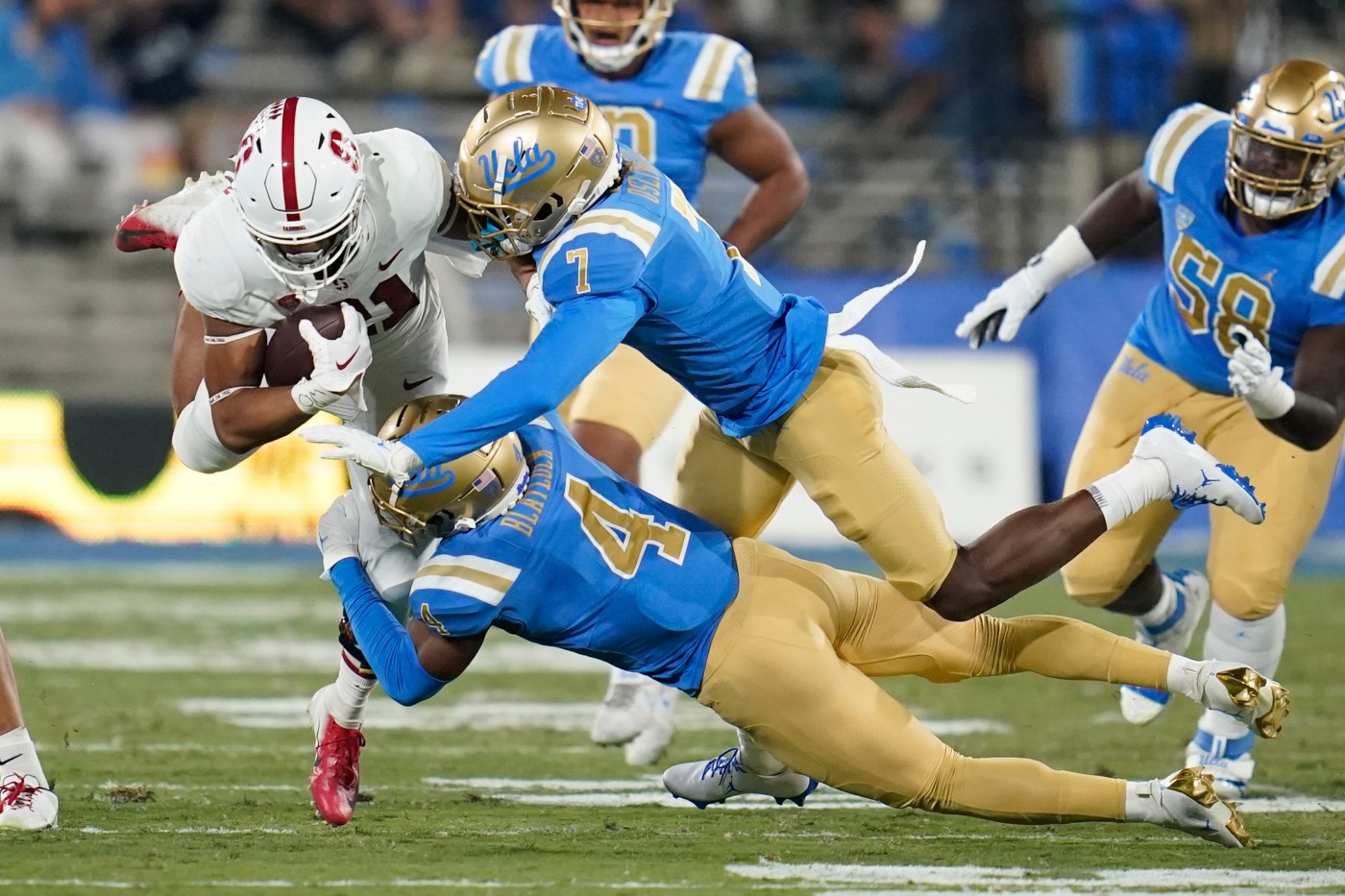 Stanford must get more production from its offense if it hopes to reach bowl eligibility this season.

The Cardinal’s biggest issues on offense were on display in a 38-13 loss to No. 12 UCLA at the Rose Bowl – lack of depth at running back, poor pass protection, wide receivers not getting separation, and bad throws.

Quarterback Tanner McKee was 13 of 29 passing for 115 yards and an interception, posting season lows in completions, yards, and passer rating.

McKee did complete a 2-yard touchdown pass to Benjamin Yurosek on fourth-and-goal with 4:11 left for the first Stanford touchdown since the opening drive on Oct. 15 at Notre Dame – a span of 33 possessions without reaching the end zone for the Cardinal (3-5, 1-5).

Field goals were enough to get past the Fighting Irish and Arizona State the previous two weeks, but it wasn’t nearly enough against UCLA (7-1, 4-1 Pac-12), who scored 24 points in its first four possessions.

“A big thing is diagnosing what the issue is,” Stanford coach David Shaw said. “If it’s one guy, you take that one person out. It was a myriad of things today.”

Once again, Stanford wasn’t competitive against the upper-echelon teams in the Pac-12. The Cardinal has previously been blown out by No. 8 Oregon, No. 10 USC and then-No. 18 Washington.

Fortunately for Stanford, it only has one ranked team, No. 14 Utah, remaining on its schedule. The Cardinal can still make a bowl game if it beats Washington State, Cal, and BYU, who have a combined record of 11-14 (2-9 against Pac-12 teams). Stanford hosts Washington State (4-4, 1-4) Saturday at 12:30 p.m.

But first, the Cardinal needs to figure out how to score more points.

It didn’t help that Stanford was starting a walk-on, Caleb Robinson, at running back. He was the fifth starting running back in the past year due to injuries and transfers. Robinson had 10 carries for 36 yards before appearing to suffer an injury himself.

UCLA had no such issues. Zach Charbonnet, the Pac-12’s leading rusher at 127.7 yards a game, had 198 yards and three TDs on 21 carries. He put the game away with a 37-yard touchdown run on fourth-and-1 with three seconds left in the third quarter that made the score 31-6.

But the issues on offense went way beyond the running back position. McKee was sacked four times and hurried another four times, and Shaw said there were two or three instances when receivers were running free downfield but McKee didn’t have time to throw to them.

When McKee did have time, receivers didn’t get good releases off the line, or McKee was inaccurate.

Stanford drove 61 yards for a field goal on its opening possession but was held to 34 yards on its six other drives in the first half.

“The biggest thing is we have to protect our quarterback,” Yurosek said. “If we don’t give him time to throw the ball, the passing game won’t be good. It’s pretty simple.”

But the remaining schedule provides a reason for hope. Washington State, Cal and BYU have all lost at least three games in a row, and the Cardinal will face both Cougars teams at home.