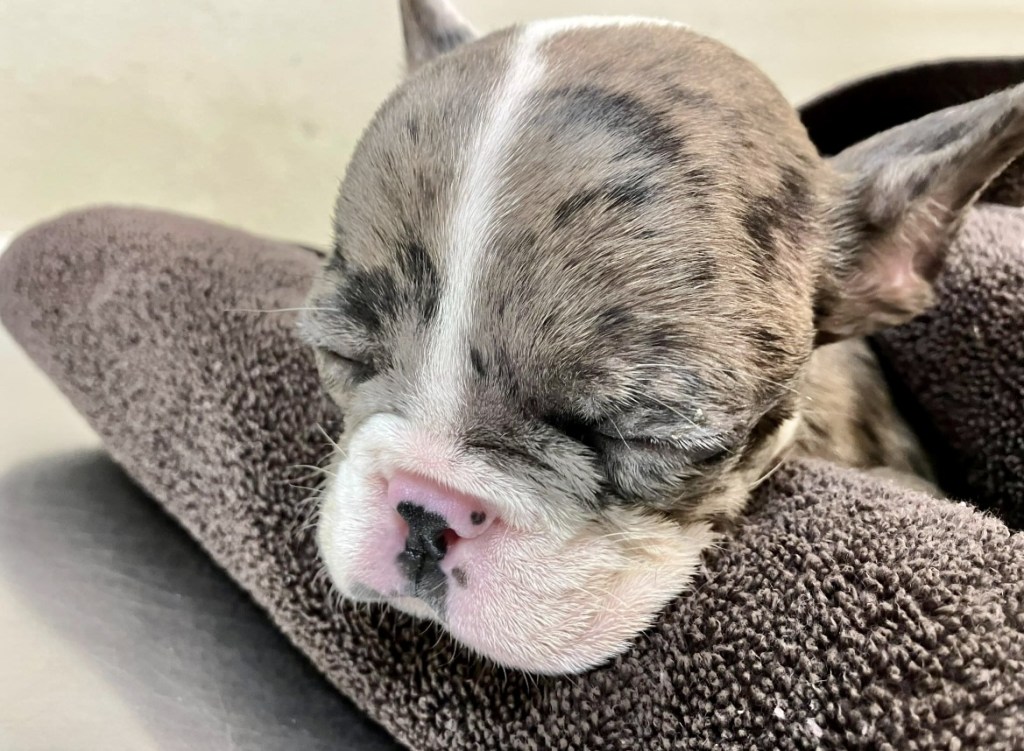 A sickly French bulldog puppy, found in a trash bag tossed in a Dumpster at a Solano gas station on Aug. 18 is receiving medical care while the suspected abuser, a Vallejo man, was arrested this week, a Solano County Sheriff’s Office official said.

On Aug, 18, a gas station employee called the Sheriff’s Animal Control Bureau to report that a customer had found the dog in the trash.

A responding animal control officer found the pup unresponsive but alive. It was taken to a local veterinarian and was stabilized, then to the Solano County Sheriff’s Office Animal Care Division, where it continues to be treated. The puppy is said to be improving and is expected to remain with Animal Care staff.

Surveillance footage from the gas station revealed that the man, later identified as Jerald Stevenson, 28, of Vallejo, arrived at the station and later dropped a tied plastic grocery bag into the Dumpster, the official said.

A few hours later, the video showed apparently another customer throwing items into the Dumpster, becoming curious, pulling out a garbage bag, ripping it open and finding the puppy. The gas station attendant was notified and then called Animal Control.

The suspect was located at his residence, the official said, and admitted throwing the puppy away because he thought it was either dead or dying. The puppy had recently gotten diarrhea and was “just dying,” the officer was told, and no veterinary care was sought.

Stevenson was arrested and booked into Solano County Jail on suspicion of felony animal cruelty, willfully abandoning an animal and a probation violation.