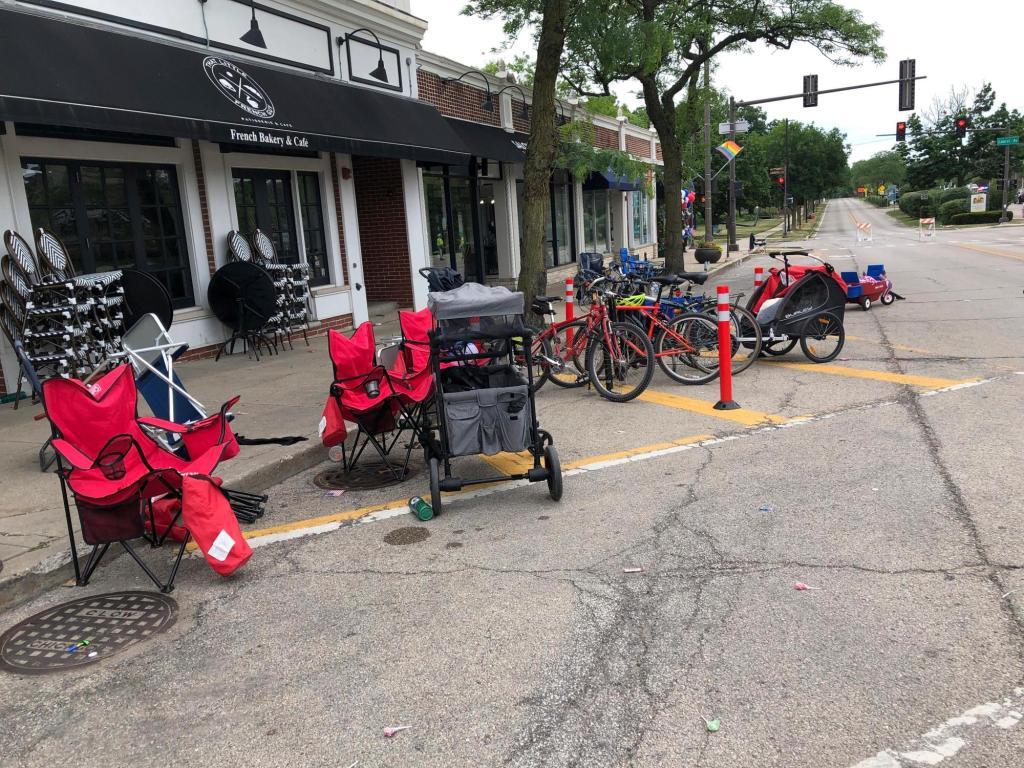 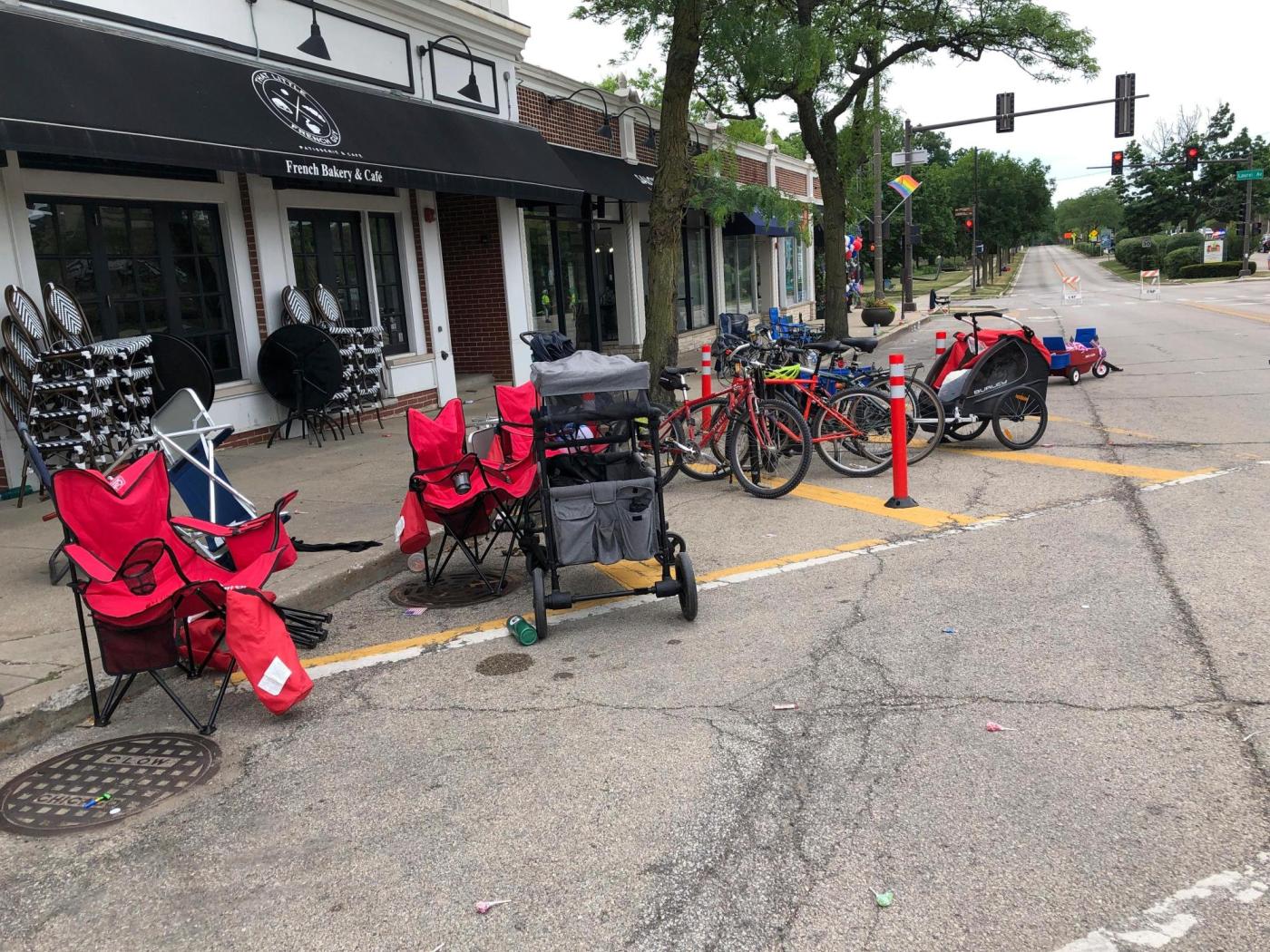 CHICAGO (AP) — Police are responding to a shooting at a July Fourth parade in a Chicago suburb, authorities said Monday. No casualties have been officially reported, but witnesses described seeing bloodied bodies covered with blankets as hundreds of people ran for safety.

The Chicago Sun-Times reported that the parade began around 10 a.m. but was suddenly halted 10 minutes later after shots were fired. A Sun-Times reporter saw blankets placed over three bloodied bodies. Several witnesses told the newspaper that they heard gunfire.

Police told people: “Everybody disperse, please. It is not safe to be here.”

Video shot by a Sun-Times journalist after the gunfire rang out shows a band on a float continuing to play as people run past, screaming. A photo posted to social media appeared to show pools of blood near upturned chairs in downtown Highland Park.

Gina Troiani and her son were lined up with his daycare class ready to walk onto the parade route when she heard a loud sound that she believed was fireworks — until she heard people yell about a shooter.

“We just start running in the opposite direction,” she told The Associated Press.

Her 5-year-old son was riding his bike decorated with red and blue curled ribbons. He and other children in the group held small American flags. The city said on it’s website that the festivities were to include a children’s bike and pet parade.

Troiani said she pushed her son’s bike, running through the neighborhood to get back to their car.

In a video that Troiani shot on her phone, some of the kids are visibly startled at the loud noise and they scramble to the side of the road as a siren wails nearby.

It was just sort of chaos,” she said. “There were people that got separated from their families, looking for them. Others just dropped their wagons, grabbed their kids and started running.”

Illinois Gov. J.B. Pritzker said in a tweet that he is “closely monitoring the situation in Highland Park” and that Illinois State Police are assisting. The ISP said in an email that it was assisting in the response to an active shooter reported around 10:24 a.m.

The Lake County Sheriff’s Office said on Twitter that it is assisting Highland Park Police “with a shooting in the area of the Independence Day parade route.” The sheriff’s office directed an AP reporter to contact Highland Park Police. The Police Department said no one was immediately available to comment.

Debbie Glickman, a Highland Park resident, said she was on a parade float with coworkers and the group was preparing to turn onto the main route when she saw people running from the area.

She didn’t hear any noises or see anyone who appeared to be injured.