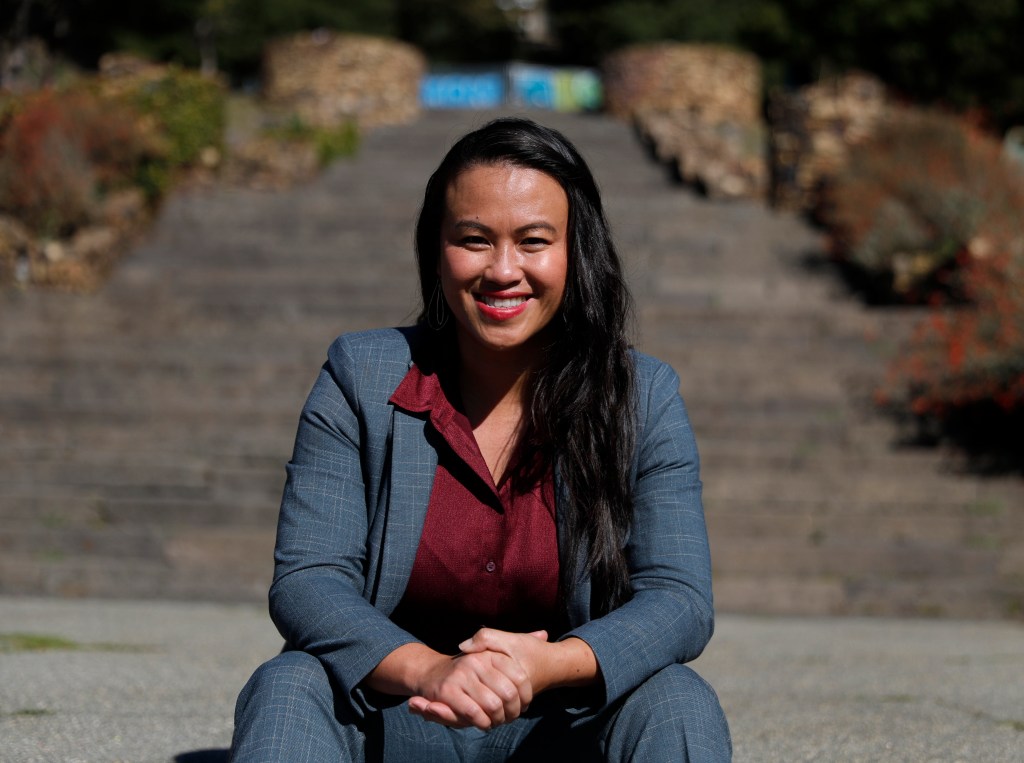 City Councilwoman Sheng Thao, whose strong relationships with labor unions earned her support from progressives, has been elected Oakland’s next mayor after election results Friday saw her take the lead from Councilman Loren Taylor.

Cynthia Cornejo, the deputy Alameda County registrar, said Friday night there were still 2,000 ballots left to process in the county — likely a fraction of which are from Oakland voters. The registrar on Monday will release the final results, which will then be subject to an audit.

Thao now holds a 50.30% lead in ranked choice results to Taylor’s 49.70%, a margin of about 680 votes that Taylor appears unlikely to overcome in the final vote count.

“We are optimistic that our lead will hold and that Sheng Thao will be the next Mayor of Oakland,” Thao’s campaign said in a statement.

The registrar’s office had intended to finish its count on Friday, but had 2,000 ballots left over by day’s end, Cornejo said.

“We wanted to make sure that we provided as much of an update as we could,” she said. “We know everybody wants to see the final counts so we tried to get as much in as possible.”

The race to be Oakland’s next mayor has unfolded like a slow-burn thriller, with the city’s ranked-choice voting format pushing Thao firmly back into contention this week after she fell behind early.

But it is vote transfers from candidate Allyssa Victory, a political newcomer with openly progressive views, that helped Thao overcome a stronghold of support for Taylor, political veteran and ally of Ignacio De La Fuente and former Councilwoman Treva Reid.

It was also Thao’s overwhelming support from Oakland’s labor unions, which spent large sums of money to back her campaign. Zac Unger, the head of the firefighters union, said both outside expenditures and direct campaigning helped Thao reach voters throughout the city.

“We had a strong ground game made up of rank-and-file working people in Oakland who did our best to contact as many people as possible, starting early and until the last minute,” Unger said.

What fueled Thao’s resurgence after early results indicated Taylor was on a path to victory? It is difficult to be certain, since so little data is currently available about how different precincts or council districts voted.

Nor do the results — the vast majority of which are comprised of mail-in ballots — say much about in which parts of the city votes were counted first.

Taylor and Thao’s campaigns have been almost entirely radio silent this week, repeatedly declining press interviews but promising to speak up when all the votes are counted.

And many who follow the city’s politics learned not to trust first-place vote margins after city council member Jean Quan in 2010 blew past former state Sen. Don Perata in that year’s mayoral election — the first time Oakland voters were asked to rank their candidates. It took 10 rounds of ranked choice voting tabulations for Quan to emerge as the winner.

Alameda County’s very drawn-out reveal of the election results could lead some to believe ranked choice voting is to blame. But tabulating those votes does not take much time – the delay in results is more due to the proliferation of mail-in ballots during the pandemic, Registrar of Voters Tim Dupuis said earlier this week.

In every simulation of ranked choice results to this point, it takes nine full rounds for someone in Oakland’s 10-candidate mayoral race to reach a clear majority of voters’ support.