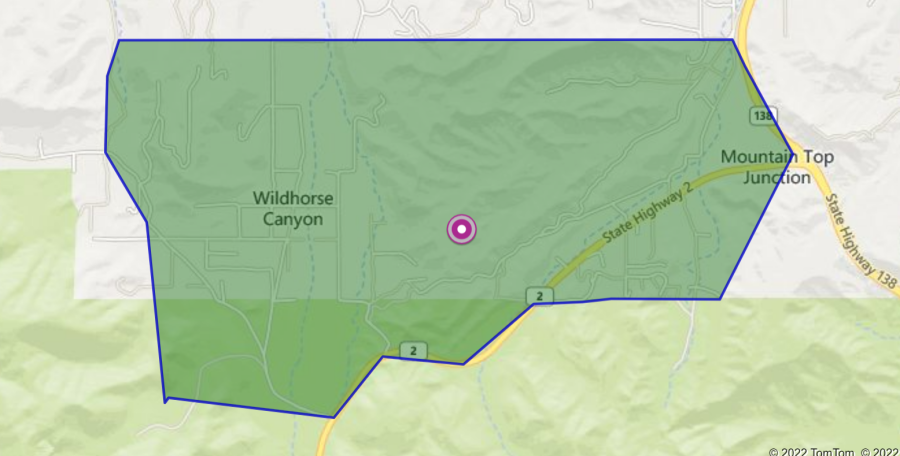 A brush fire that ignited near Wrightwood and forced evacuations has grown to 939 acres Monday morning, fire officials announced.

The blaze, dubbed the Sheep Fire, broke out in the area of Highway 2 and Sheep Creek Road Saturday night.

Fanned by erratic winds and fueled by dry brush, the fire exploded to consume hundreds of acres by the next day.

It was 5% contained Monday morning, according to the California Department of Forestry and Fire Protection.

The rest of the community of Wrightwood was under an evacuation warning.

It’s still unknown what sparked the blaze, which broke out as Southern California was experiencing a heat wave with triple-digit temperatures and amid a drought that experts warn will make for yet another long, dangerous fire season.

“We had really strong, erratic winds that were pushing the fire around and into really dry, receptive fuels that haven’t burned for a while,” McClintock said.

The strong winds complicated firefighting efforts, temporarily forcing the Fire Department’s fixed wing air tankers out of the air due to safety concerns.

More than 200 firefighters converged on the blaze, and worked throughout the night, attacking the flames from the ground and air.

“A lot of our units were going on 24 hours straight of working,” McClintock said.

Firefighters were aided by sheriff’s deputies, who were going door to door, evacuating residents from their homes.

An evacuation center was set up at Serrano High School at 9292 Sheep Creek Road in Phelan.

Evacuated animals, including pets and livestock, can be taken to Devore Animal Shelter at 19777 Shelter Way in San Bernardino.

Highway 2 remains shut down from Highway 138 to the Sheep Creek area, fire officials said. Another closure is in place on Highway 138 to Lone Pine Canyon Road.