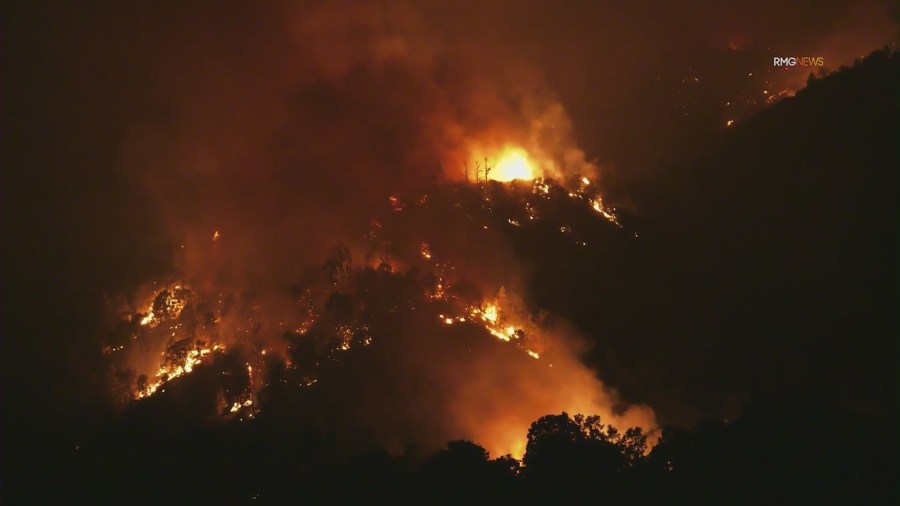 Evacuation orders have been issued for residents near a brush fire burning since Saturday in Wrightwood.

The Sheep Fire has burned 775 acres and is currently 5% contained as of Sunday afternoon.

The brush fire, which was reported after 8 p.m. Saturday, began as a 3-to-5-acre fire, according to the Angeles National Forest, but grew to 35 acres as the evening went on.

As of 8 a.m. Sunday, firefighters were able to create some containment around the blaze while keeping the fire from growing in size. But in the afternoon, fire conditions began to shift and the fire exploded in size to 150 acres and began threatening homes.

Evacuations were issued for residents in the Desert Front and Wild Horse Canyon area north of Wrightwood, SBCoFD officials said.

“Evacuation orders now also in place from Wright Road to Lone pine. Additionally, all of Wrightwood is under an evacuation warning,” the San Bernardino County Sheriff’s Department said Sunday afternoon on Twitter.

Law enforcement officers were going door to door to contact residents and inform them of the orders.

An evacuation center has been established at Serrano High School at 9292 Sheep Creek Road in Phelan.

Despite the new evacuation orders, no injuries have been reported and no structures have been damaged by the brush fire.

Cal Fire, SBCoFD and firefighters from the Angeles National Forest are in unified command and are working together to put out the fire.

For continued updates on the Sheep Fire, click here.