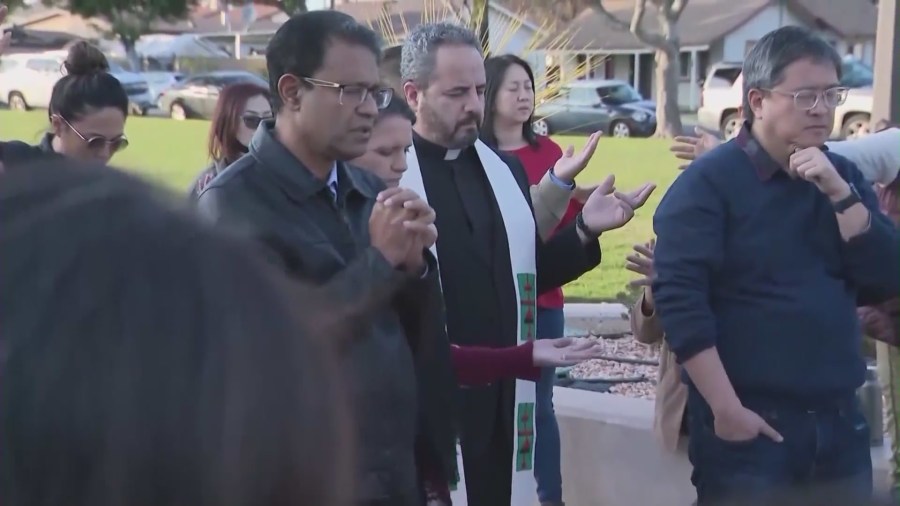 The Langley Senior Center is serving as a place for members of the Monterey Park community to access needed resources, like counseling, support and reunification, after Saturday night’s horrific mass shooting at the Star Ballroom Dance Studio.

Authorities on Sunday identified Huu Can Tran, 72, as the man believed to be responsible for killing 10 people and wounding 10 others. Tran also tried but failed to target another dance hall. He later took his own life.

Three of those wounded were treated and released. Another seven victims remain hospitalized.

Eric Chen, who goes to the Star Ballroom Dance Studio regularly, said he wasn’t there Saturday night, but knows many people who may have been and were undoubtedly impacted.

“It feels so close to home, and we’ve seen so many mass shootings on TV and I didn’t think it could happen here and it did,” he told KTLA.

Chen said he’s concerned about his beloved dance instructor who he believes was there at the time of the shooting and many of the other victims, who police say are in their 50s, 60s and 70s.

“It really hurts and it’s confusing, of course,” he said. “We’re all searching for answers.”

Lenora Hall and her husband came to the senior center to see about a friend who also frequents the dance studio.

“It was comforting and cathartic just to talk about it because even my husband and I didn’t really process too much. It was good for us,” she said.

Hall said her friend didn’t happen to go last night because it was too cold.

“We finally reached her by phone just now. Relief,” she said.

Stephanie Tang, who grew up in Monterey Park, told KTLA that it’s hard to believe a tragedy like this could happen there.

“It’s hard to imagine that they would actually target this community, just because a lot of elderlies live here, a lot of new immigrants live here, and they are really peaceful, peaceful people,” she said.

Los Angeles County Sheriff Robert Luna said the coroner is still working to identify the 10 people who were killed.

The Langley Senior Center will reopen to the public Monday at 7 a.m.