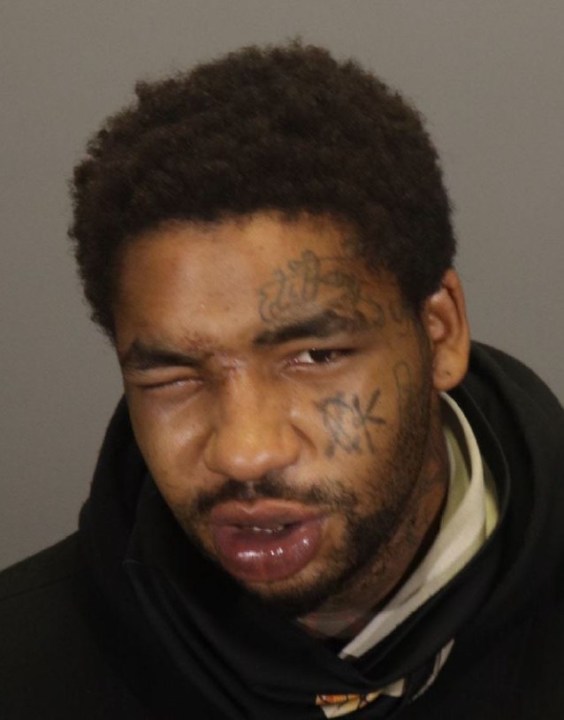 The Los Angeles County Sheriff’s Department is investigating the violent arrest of a man in Inglewood over the weekend, which was captured, in part, on cellphone and surveillance video.

The incident occurred Sunday as Blake Anderson was working as a security guard at a hookah lounge located at 5006 W. Century Blvd.

Anderson was talking with a customer when deputies got out of their vehicle and “proceeded to ambush him with no probable cause,” Anderson’s family said in a GoFundMe account.

The family claims the deputies did not identify themselves or provide any justification for the arrest, but slammed Anderson’s head into a glass window.

Video shared with KTLA shows two deputies wrestling with Anderson. At one point, a deputy pushes Anderson’s head into the ground and punches him.

The woman who recorded the video can be heard saying “Don’t fight back, Blake.”

Anderson was eventually arrested on suspicion of being a felon in procession of a firearm, a loaded concealed firearm and ammunition, as well as assault of a peace officer with a firearm, according to the Sheriff’s Department.

Officials said Anderson suffered minor injuries during the incident and was taken to a hospital.

His family claims he could lose an eye.

The sheriff’s department says Anderson had a “previously traumatic injury” that he received in an unrelated incident.

Anderson’s family claims he was recovering from a ruptured eye and was showing signs of his sight returning, but the encounter with deputies made the matter worse.

They say Anderson tried to explain his eye condition to deputies “to no avail.” Instead, they say, the deputies struck him in the head with a gun, punched him, pressed a gun into the back of his head, slammed his head against the ground and stomped on his head.

Anderson suffered a dislocated shoulder, several hematomas around his head and his eye will have to be cosmetically removed and replaced with a prosthetic, the family says.

Authorities said the use of force incident is under investigation and they were seeking additional witnesses.

“Due to the ongoing investigation, we are unable to provide additional information,” the sheriff’s department said.

The Los Angeles County District Attorney’s Office is aware of the incident, but the case has not been presented to prosecutors, officials said in a statement.

“Law enforcement officers are paid to protect and serve civilians – in what world is this appropriate? This treatment should no longer be tolerated!” Crump tweeted.

Family members called the incident “tragic” and described Anderson as an “all-around family man” who is expecting a daughter with his long-time girlfriend.

“We are asking for public help with an attorney and medical expenses,” the GoFundMe reads.