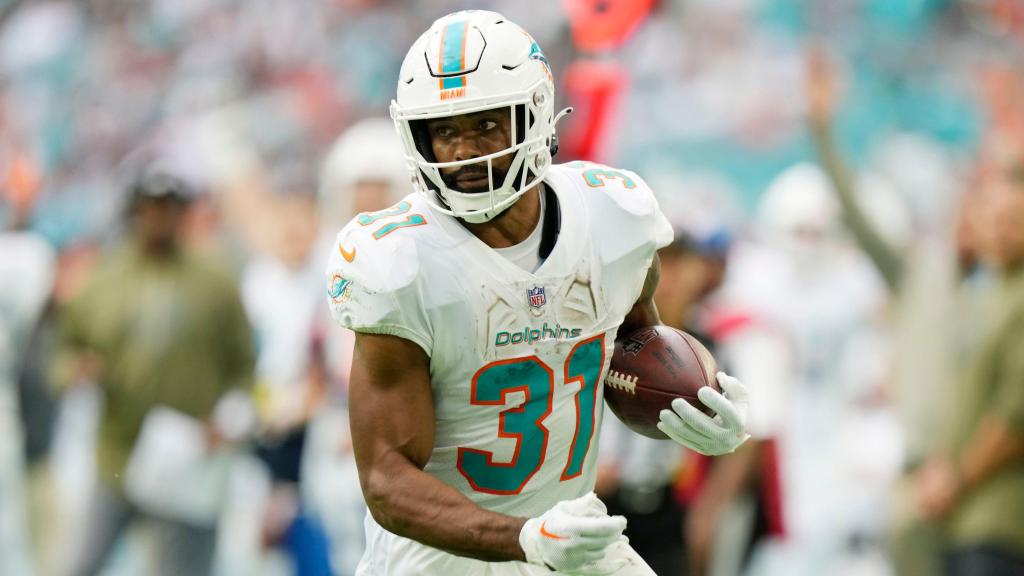 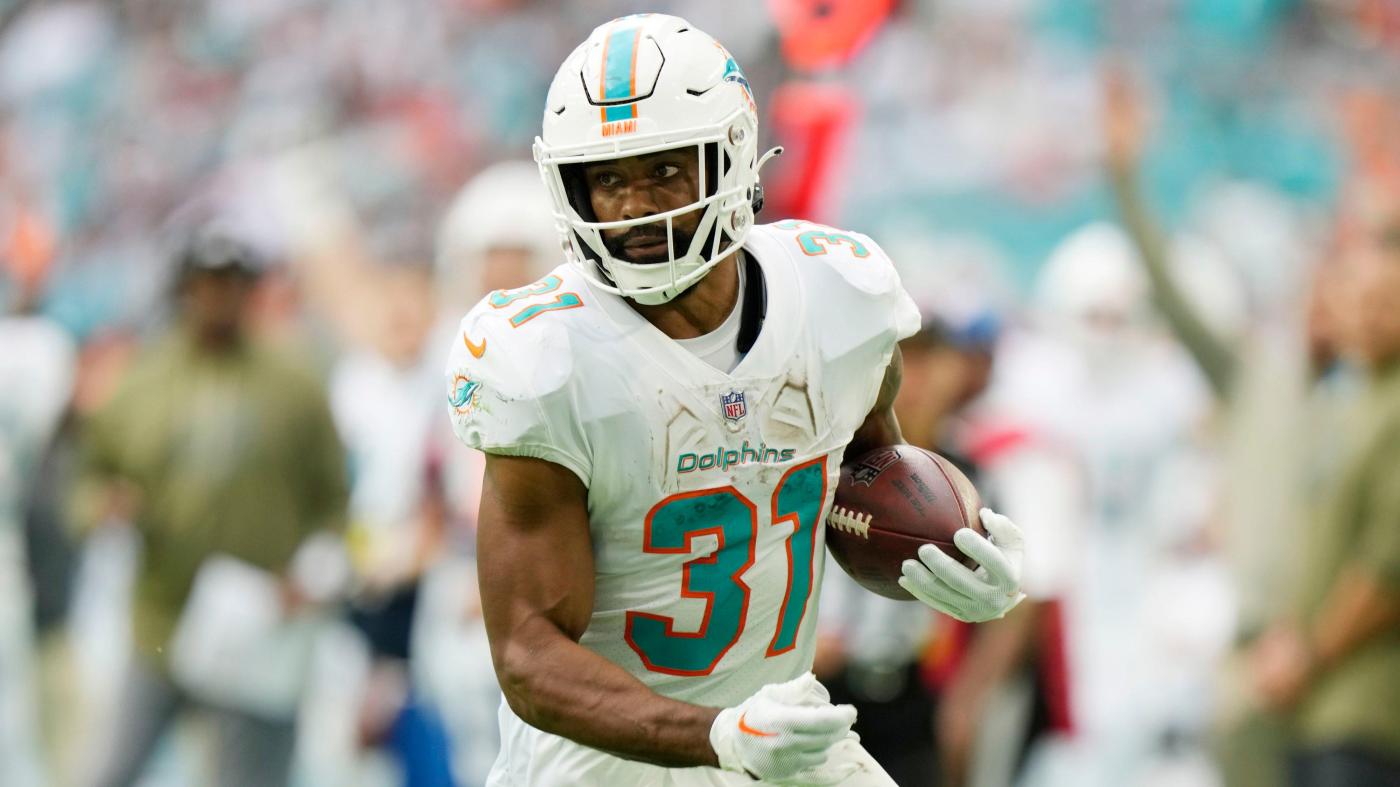 Miami Dolphins running back Raheem Mostert has his status in doubt for the team’s Sunday game against the Houston Texans after missing a second straight practice Thursday.

Mostert is listed on the Dolphins’ injury report as dealing with a knee ailment. Although he hasn’t missed a game with the Dolphins in 2022, Thursday marked the first time all season Mostert missed a second practice in a week.

After a knee meniscus trim cost him the 2021 season with the San Francisco 49ers from the opener, Mostert has been on and off the team’s injury report. He was entirely off it for Miami’s last two games before the bye week, wins against the Cleveland Browns and Chicago Bears.

Mostert, in 10 games and eight starts in 2022, has a 4.6 yards-per-carry average with 543 total rushing yards and three touchdowns.

Mostert has an injury history. Before the 2021 knee injury that he rehabbed and was cautious with through the offseason and training camp, an MCL sprain and two separate high-ankle sprains cost him eight games total in 2020 following his breakout 2019 campaign when he accumulated a career-high 772 rushing yards and had his epic four-touchdown performance in the 49ers’ NFC Championship win over the Green Bay Packers to reach the Super Bowl.

In 2017, an earlier MCL sprain in his knee cost him the season, and a forearm fracture in 2018 cut that season short.

The other two Dolphins who didn’t participate in Thursday drills were left tackle Terron Armstead and punter Thomas Morstead. Armstead does not practice two consecutive days since he has been running maintenance on a toe injury suffered in Week 1. He had practiced Wednesday. Morstead missed a second straight practice with an illness.

Outside linebacker Melvin Ingram was back from a veteran rest day on Wednesday. Cornerback Keion Crossen (shoulder) and defensive tackle Raekwon Davis (knee) were upgraded to full participation after being limited Wednesday.