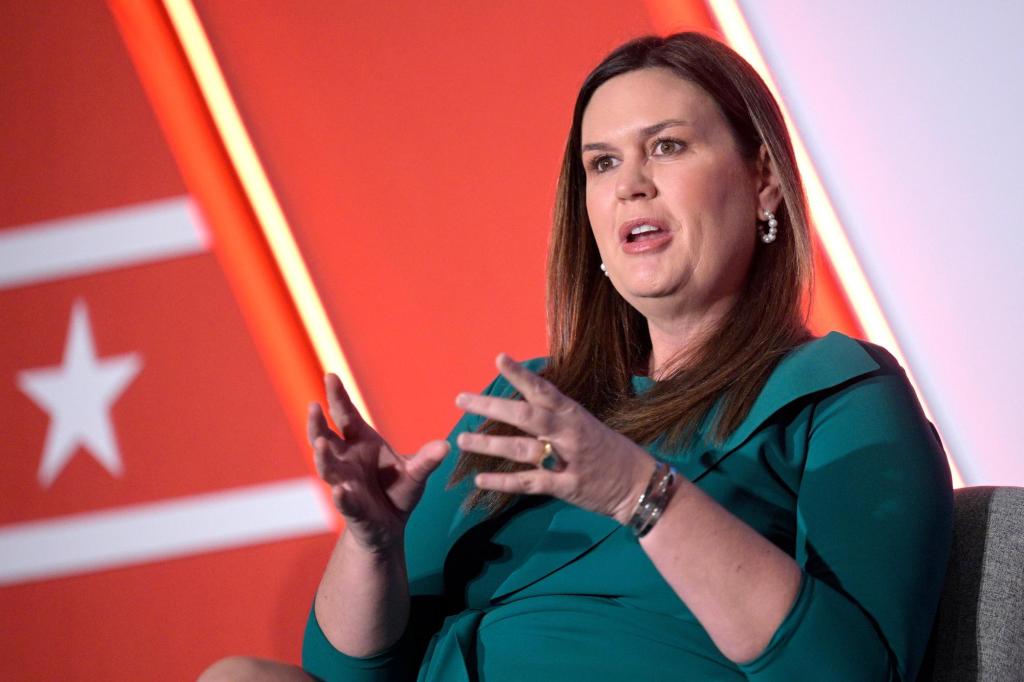 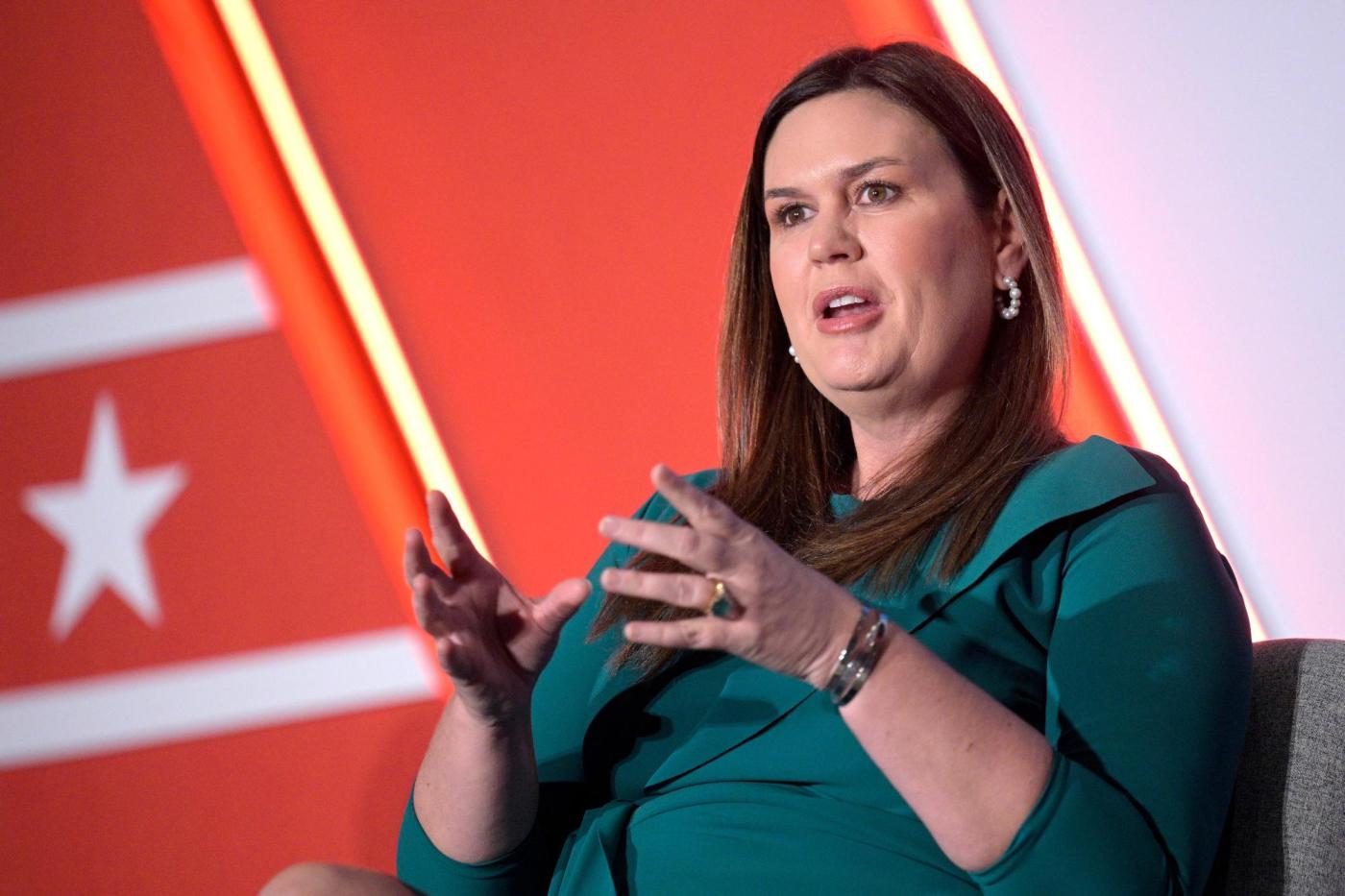 LITTLE ROCK, Ark. — One of Sarah Huckabee Sanders’ first acts as Arkansas governor was to ban most state agencies from using the gender-neutral term Latinx, tapping into a debate that’s divided Hispanics along generational lines.

Sanders called the word “culturally insensitive” in an order that’s prompted complaints from some critics who view it as yet another attack by Republicans on the LGBTQ community. Yet her move may have limited impact, given that the word does not appear to be widely used in Arkansas government.

It was among several orders the 40-year-old former White House press secretary signed within hours of taking office that were cheered by conservatives, including restrictions on teaching critical race theory in public schools and banning TikTok on state devices. The Latinx prohibition gives agencies 60 days to revise written materials to comply.

“One of the things as governor that I will not permit is the government using culturally insensitive words,” Sanders said as she signed the order.

Sanders’ order adds to the debate over a word that’s found little widespread support among Latinos and even prompted backlash from some Democrats. It comes as Republicans have sought to rally around culture war issues. They also are seeking to make inroads with Latino voters, but fell short of the major shifts some in the party were hoping for in last year’s elections.

The term Latinx was coined in recent years as a gender-neutral alternative to Latino and Latina since all nouns in the Spanish language are gendered. Many in the LGBTQ Latino community have embraced the word, but it has been slow to catch on more widely, with some Latino figures calling the term unnecessary.

The League of United Latin American Citizens, the oldest Latino civil rights group in the U.S., announced in 2021 that it would no longer use the term Latinx. The group declined to comment on Sanders’ order.

Democratic U.S. Rep. Ruben Gallego from Arizona also said that year his staff was not allowed to use the term in official communications.

“When Latino politicos use the term it is largely to appease white rich progressives who think that is the term we use,” Gallego tweeted in 2021.

“The term Latinx is just another misguided product of the modern left’s relentless obsession with stripping gender from American life, an obsession that LGBT conservatives fight back against daily,” Charles Moran, the group’s president, said in a statement.

Sanders’ order doesn’t apply to the state’s institutes of higher education or other state agencies considered constitutionally independent, such as the Arkansas Department of Transportation. It also allows the governor to grant exemptions for the word’s use.

Several state agencies said they were reviewing their forms to make sure they would comply. Health Department spokeswoman Meg Mirivel said two jobs that had been unofficially called the Latinx public information coordinator and the Latinx outreach coordinator will continue to work with the Latino community but will no longer include Latinx in their titles.

Sanders isn’t the first governor to ban or restrict the use of certain words. Democratic Gov. Kathy Hochul last year signed a bill in New York removing from state education law the word “incorrigible,” a term that critics had called sexist and racist.

In 2015, then-Florida Gov. Rick Scott was criticized after former officials said they were instructed to not use the terms “climate change” and “global warming.” Scott, a Republican now serving in the Senate, denied he banned the terms.

Critics of Sanders’ order have said that just because the term isn’t universal among Spanish speakers, that doesn’t mean it’s insensitive to use.

Sanders signed the order the day after Arkansas lawmakers kicked off a session that’s already included newly proposed restrictions on the LGBTQ community. One bill would classify drag shows as adult-oriented businesses, and another would ban transgender people from using bathrooms at K-12 schools that align with their gender identity.

Sanders has also said she would support legislation similar to Florida’s law that forbids instruction on sexual orientation and gender identity in kindergarten through third grade. Critics have dubbed it the “Don’t Say Gay” law.

Sanders’ executive order banning Latinx cites a 2020 report from Pew Research Center, which found that 1 in 4 U.S. Hispanics have heard the term “Latinx,” but just 3% use it.

Age is an important factor. Hispanics ages 18-29 are six times more likely than older generations to have heard of the term — 42% compared with 7% of those ages 65 or older, Pew found.

Its popularity has risen since 2016 but remains below Latina, Latino and Hispanic, according to the report.

“If you’re trying to categorize a community with the term that they seemingly are rejecting or in some cases are even openly hostile against, it makes sense that that term would in essence, go the way of the dodo, which Latinx seems to have done,” said Fernand Amandi, president of Bendixen & Amandi, a multilingual public opinion research firm.

Among those using the term is Angel Castillo Reyes, a 21-year-old nonbinary student at the University of Arkansas who uses the pronouns they/them. Castillo Reyes uses Latinx and “Latine,” another gender-neutral term used by some in the Latino community to describe their ethnic identity.

Castillo Reyes criticized Sanders’ order as unnecessary but said they think it will offer an opportunity to discuss the need for gender-neutral terms with a wider community.

“Now that I know Spanish can be used in a way that is inclusive, it’s like, ‘Wow, I never thought this was possible,’” they said.

Savage reported from Chicago and is a corps member for the Associated Press/Report for America Statehouse News Initiative. Report for America is a nonprofit national service program that places journalists in local newsrooms to report on undercovered issues.