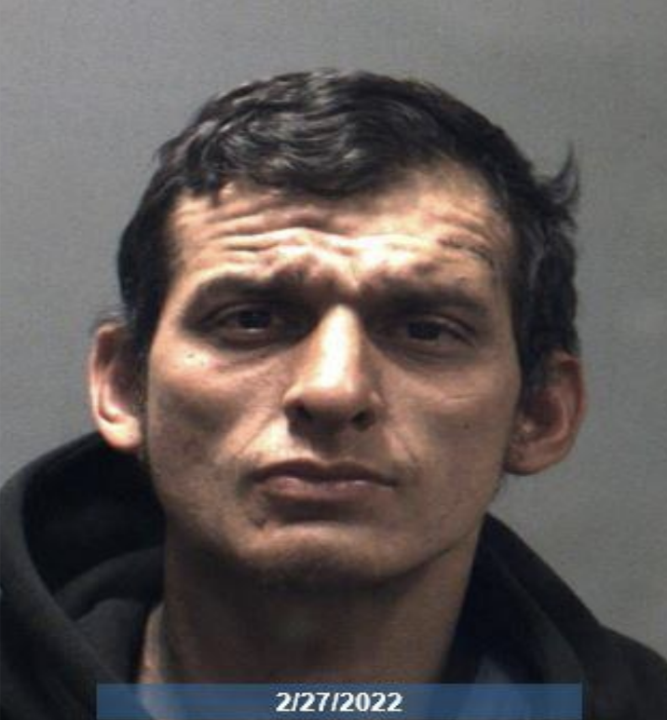 A suspected burglar arrested back in April after security footage showed him breaking into a couple’s home and then watching them while they slept has now been connected to a previously unsolved rape.

The San Bernardino Police Department said 31-year-old Anthony Andrew Cifuentes was caught on camera during a February 22 break-in and burglary. Video from inside the home showed a masked man, who police believe is Cifuentes, standing over the homeowners while they slept.

In April, Cifuentes was arrested and the video was released to the public, although authorities chose not to identify him at the time, citing an ongoing investigation into other suspected crimes.

On Tuesday, the Police Department announced that Cifuentes had been linked by DNA evidence to a sexual assault case in San Bernardino just a week prior to the caught-on-camera burglary.

Police say he forced his way into the victim’s home and sexually assaulted her while she slept.

As part of the investigation, detectives obtained a search warrant for Cifuentes’ home where they found evidence that linked him to both the break-in and the sexual assault.

The case was presented to the San Bernardino County District Attorney’s Office which reviewed the evidence and opted to file criminal charges against Cifuentes.

He’s now been charged with one count of rape, one count of assault with intent to commit a rape and two counts of burglary.

If found guilty on all charges, Cifuentes could face a max sentence of life in prison.

Detectives are still concerned that there may be additional victims who have not been contacted yet.

Anyone with information about other burglaries or assaults is urged to contact Detective W. Porch at 909-384-5640 or Detective J. Stack at 909-384-5647. You can also submit an anonymous tip online.