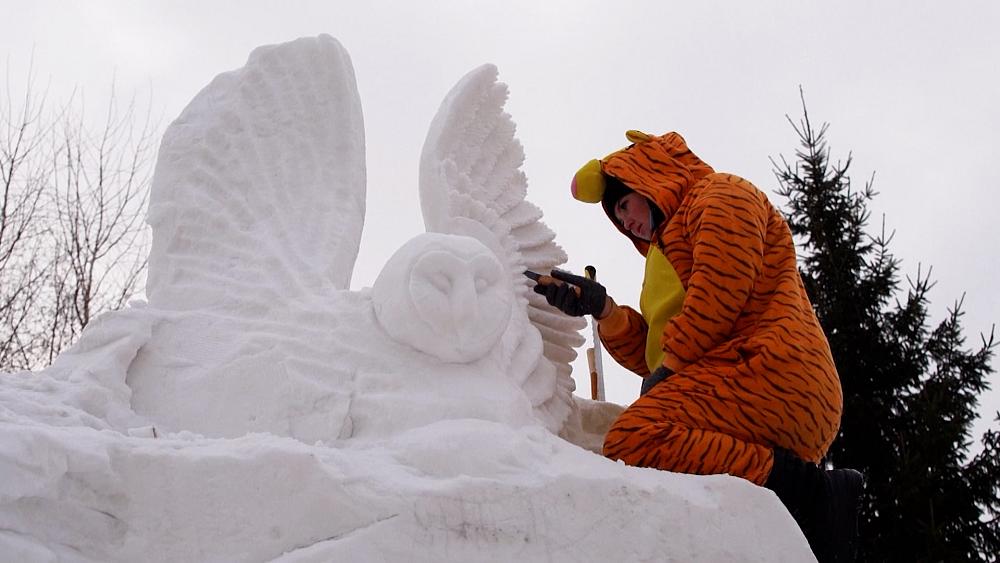 Artists and sculptors have travelled thousands of miles to Novosibirsk In Russia for this year’s Siberia Snow Sculpture festival.

Twenty-seven participants – including twelve schoolchildren – are chipping, chopping and moulding huge blocks of snow to create ice sculptures for the annual festival to be able to be judged this weekend.

Each workforce of 2 or three members will get four cubic metres of snow to work with.

Shovels, saws and knives are used in the method, but regularly the sculptors use self-made tools.

According to town government administrative center, folks from more than 130 nationalities reside within the Novosibirsk region.

In the sculptural compositions, the artists are invited to reflect the sweetness and fundamental values of the various countries of Siberia: from antiquity to modern times.

The subject matters used by the sculptors are according to the legends, myths, and beliefs of the native population.

A jury made up of architecture and layout pros will announce winners on EIGHT January. The 3 profitable teams will each obtain a cup.

The sculptures will remain on show till the tip of January.