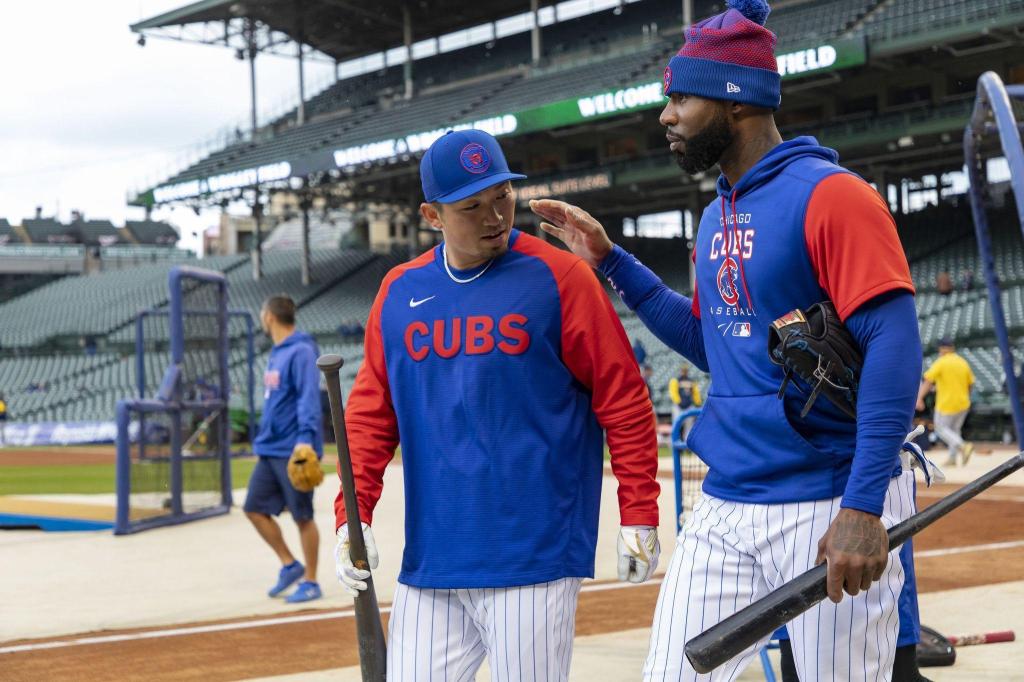 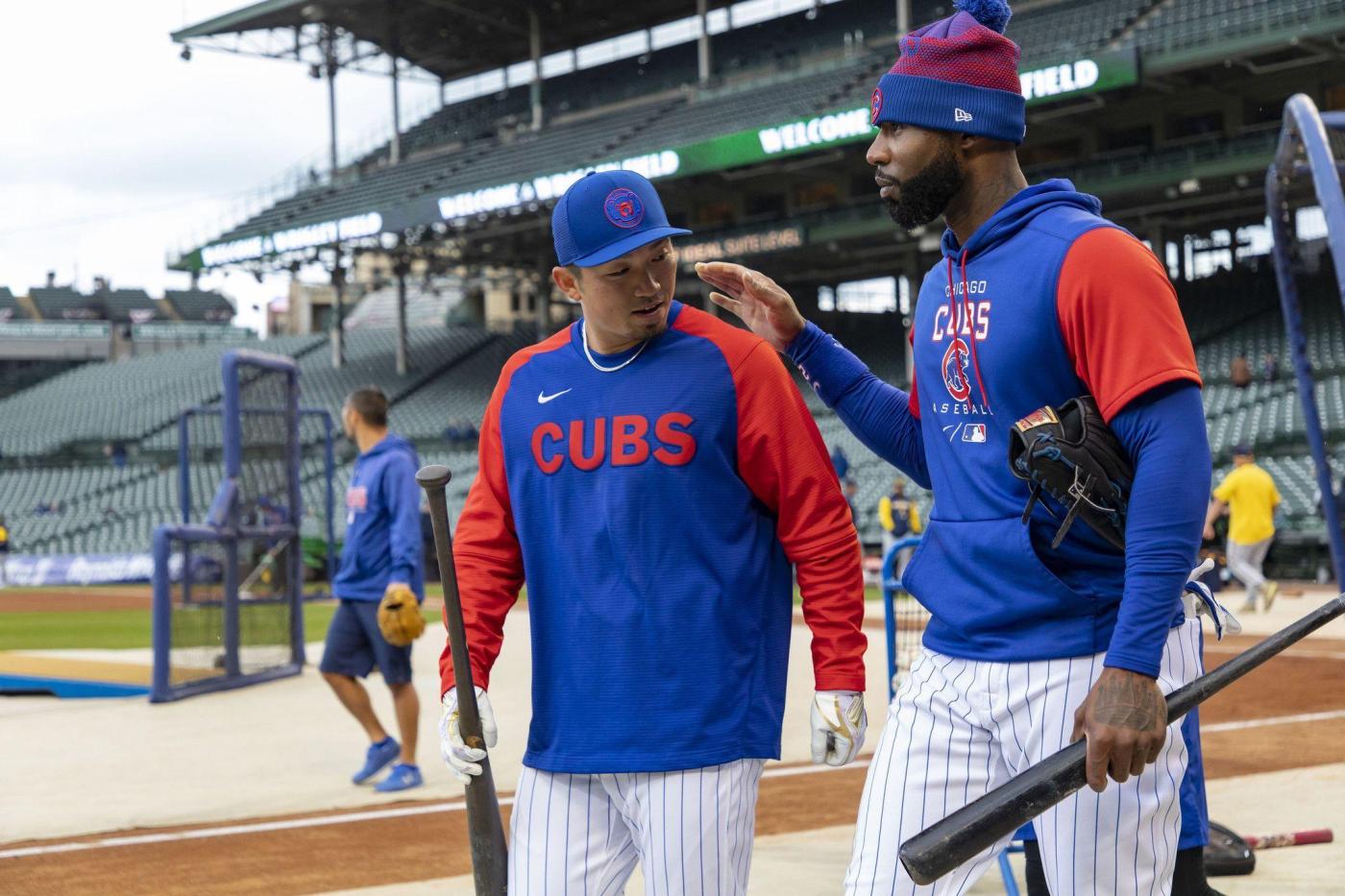 Chicago Cubs manager David Ross has an important decision to make when Jason Heyward returns from the injured list.

What to do with Christopher Morel?

The Cubs rookie has excelled since his call-up from Double-A Tennessee, setting a franchise record by reaching base in his first 14 games with a fourth-inning walk in Tuesday night’s 8-7 victory against the Milwaukee Brewers at Wrigley Field. Morel broke a tie with teammate Willson Contreras, who reached in the first 13 games of his career in 2016.

Patrick Wisdom’s 401-foot homer off Brad Boxberger in the eighth broke a 7-7 tie and gave the Cubs their second win in the last seven games.

Morel, who led off and started in center field Tuesday, has shown he can play center, second base, shortstop and third. But Nico Hoerner is the starting shortstop, Wisdom is the regular third baseman and second baseman Nick Madrigal returned from his IL stint Tuesday.

That leaves Morel mostly in center, which appears to be his best position, right?

“He’ll define his best spot,” Ross said. “Elite center fielders are hard to find. But he’s played a darn good second base, and the one time we put him at short he did a really nice job. Versatility is a bonus in our game, and it helps with roster construction and some of the things you look at when you’re building a team.

“Love him in center. Love him at second. If he’s on the field, he’s a spark for us right now, and I’ll continue to take what we can get and try to fit the most offense in the lineup.”

Heyward was cleared over the weekend from his COVID-19-related absence. He has been sidelined since May 17, and the Cubs haven’t given a timetable for his return as he ramps back up. He moved from right field to center this season to make way for free-agent signee Seiya Suzuki but struggled offensively with a .208 average, no home runs and four RBIs in 72 at-bats.

A sprained left finger suffered during a slide in Cincinnati last week put Suzuki on the 10-day IL, so Heyward could move back to his old position in right for the time being, assuming he’s deemed ready this week. But the Cubs have made a five-year commitment to Suzuki, so a move would be temporary if it happened.

Ross also could move Morel around defensively, but slowing his development in center just because it’s Heyward’s spot would be risky for an organization focusing on the long term. The Cubs seemingly would like to move Heyward’s contract, but that’s easier said than done with $36.7 million remaining through 2023.

They also don’t seem inclined to designate Heyward for assignment and pay the remainder of his deal in order to look toward the future.

Morel is here to stay, however, no matter what happens with Heyward. The Cubs have seen enough to know they have a player fans can cling to and buy his No. 5 jersey for years to come. And unlike Kris Bryant, Javier Báez and Kyle Schwarber, Morel was called up without any hype or premature billing as a star of the future. Recall the Cubs once put a photo of Starlin Castro on a billboard next to a picture of Derek Jeter.

“He’s such a positive guy, and I do think with any team, bringing up guys like that really energizes the group,” Hoyer said. “And just the versatility. There’s development left certainly, but I don’t see that ability going away. He’s such a great athlete. He can run and play the middle of the field. The way today’s game is, that is so valuable.

“I’ve always been excited about his future, but I’m even more excited watching him play those positions so easily in the big leagues.”

Hoyer said “taking a long view is really important” when it comes to roster decisions, adding he would “lean strongly toward” the future when mulling those moves. If that’s the case, Morel must be in the lineup on a daily basis the rest of the way, even if it means eventually sitting Heyward and his $22 million salary when everyone is healthy.

Suzuki’s injury and Heyward’s delayed return buys Ross some time. But for how long?

The Cubs were 12 games behind the division-leading Brewers on May 31, and fans were looking for reasons to continue watching this team the next four months. The Heyward decision is no doubt difficult for Hoyer and Ross, who know that his contributions to the 2016 championship were significant and that his leadership skills in the clubhouse remain valuable.

But it’s also a business, as everyone always says.

Hoyer continued to insist his plan should not be labeled a “rebuild,” though he also argued that “people weren’t that receptive” to the rebuild he and former Cubs President Theo Epstein executed a decade ago.

“I don’t remember a lot of bouquets in 2012 or ‘13,” he said. “There were a lot of people that were very skeptical about what was happening, oftentimes resentful of what was happening. So as we look backward, like, ‘Oh, wow, that led to the best run of success in Cubs history,’ I think people had a little different view. At the time, that wasn’t the case.”

That’s a bit of revisionist history considering how patient Cubs fans were from 2012-14, not to mention how much national media praise Epstein received during those years for building a team almost from scratch. The core prospects — Bryant, Báez, Schwarber and Addison Russell — were covered in the minors almost as much as the Cubs themselves.

But now we’re in a new era with youngsters such as Morel, Hoerner, Keegan Thompson and Justin Steele trying to make names for themselves — and more prospects on the way. Having given up on the season, Cubs fans just want to see what the kids can do.

It shouldn’t be that hard for Hoyer and Ross to give them what they want.