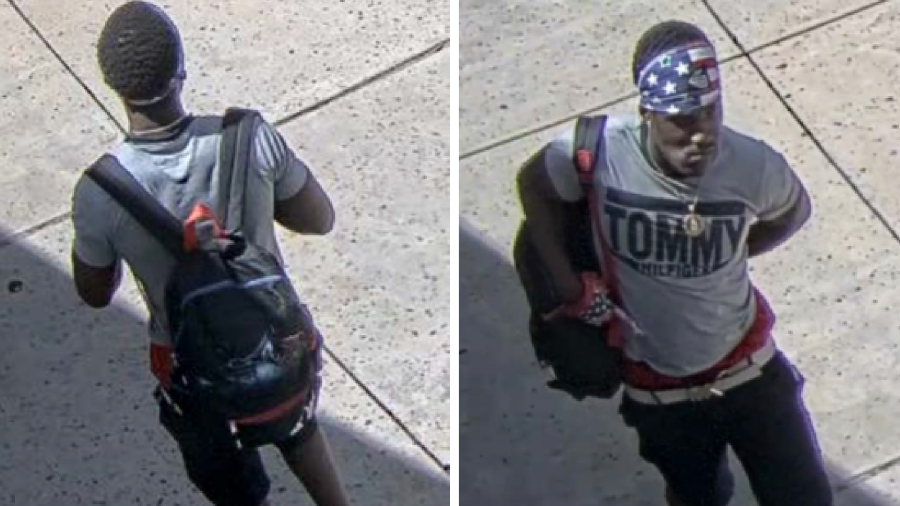 Riverside police are searching for a man who allegedly tried to grab a teenage girl by the hair at a park restroom, authorities said Tuesday.

The man, described as an assault suspect, spoke to the girl and tried to grab her hair, police said. The girl then quickly got out of the restroom.

Police said the suspect, who arrived at the park on a bicycle, appears to be in his early 20s. He was last seen wearing a gray T-shirt, dark colored shorts, black and red high-top sneakers and a black backpack.

The Riverside Police Department released surveillance images of the suspect and asked for the public’s help identifying him.