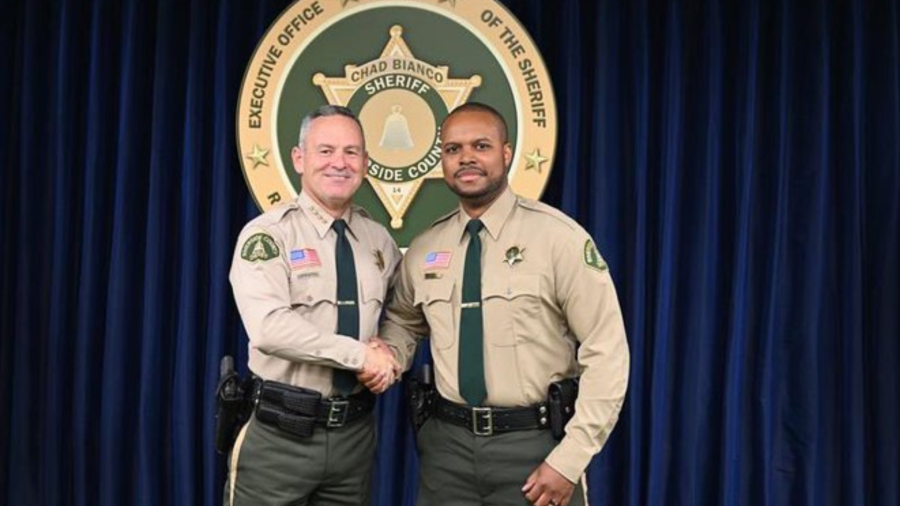 The Riverside County Sheriff’s Department is saying goodbye to one of their own on Saturday.

Deputy Darnell Calhoun, 30, was fatally shot on Jan. 13 while responding to a domestic violence call in Lake Elsinore.

Authorities say the suspect, 42-year-old Jesse Navarro, got into a gun battle with another deputy on scene and was taken to the hospital in critical condition but is expected to recover.

On Saturday, the department is remembering Calhoun with a 50-mile procession from the funeral home in Murrieta to Abundant Living Family Church in Rancho Cucamonga, where the funeral will begin at 10 a.m.

Joining the RCSD is the San Diego Police Department, where Calhoun began his law enforcement career.

Both RCSD deputies and SDPD officers are remembering their fallen colleague, whom Sheriff Chad Bianco described as an an exemplary person and outstanding deputy. Calhoun was also a husband and father of two young children, with a third child expected very soon.

The Riverside Sheriff’s Association has created an online fundraiser to assist Calhoun’s family.

Calhoun’s funeral marks the second time the RCSD has had to bury a deputy in recent weeks. Deputy Isaiah Cordero was shot and killed during a traffic stop in Jurupa Valley last month.

After Calhoun’s death, Bianco expressed his frustration and grief at losing another deputy.

“I shouldn’t be here tonight, having to do this again,” Bianco said at a press conference. “I am devastated to tell of the loss of another one of our deputy sheriffs who was killed in the line of duty.”