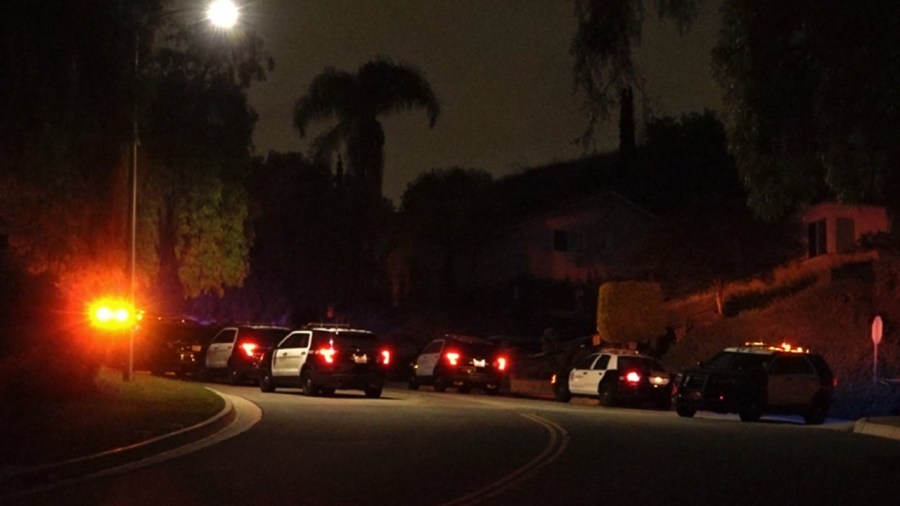 The incident occurred around 4 a.m. in the 20000 block of East Country Hollow Drive, the Los Angeles County Sheriff’s Department stated in a news release.

Deputies responding to a burglary in progress call were met at the location by the residents, described as a 27-year-old man and a 26-year-old woman.

The residents told deputies that they were inside their home when they heard footsteps and went to investigate.

While searching for the source of the noise, the man was confronted by a male suspect who was armed with a handgun and both people opened fire, the news release stated.

The unidentified suspect suffered gunshot wounds to his upper body and was pronounced dead at the scene. A handgun belonging to the suspect was found, the Sheriff’s Department stated.

The residents were not injured in the incident.

A second suspect fled the location and is currently being sought by authorities.

No description of the second suspect was available and it was unclear if a vehicle was used in the incident.