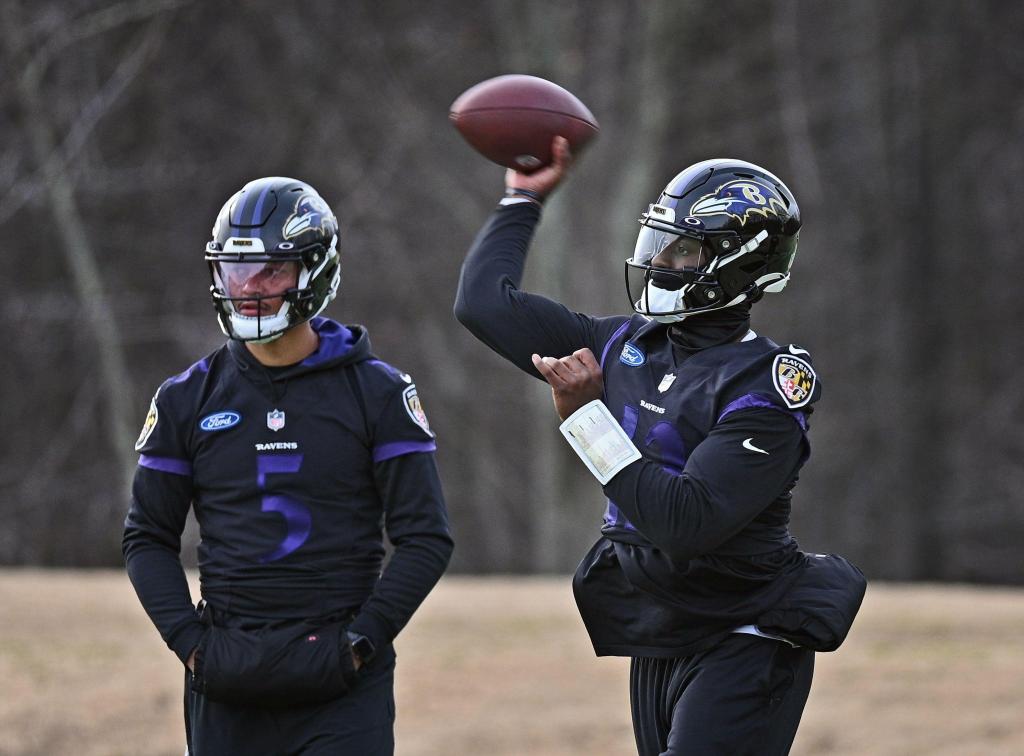 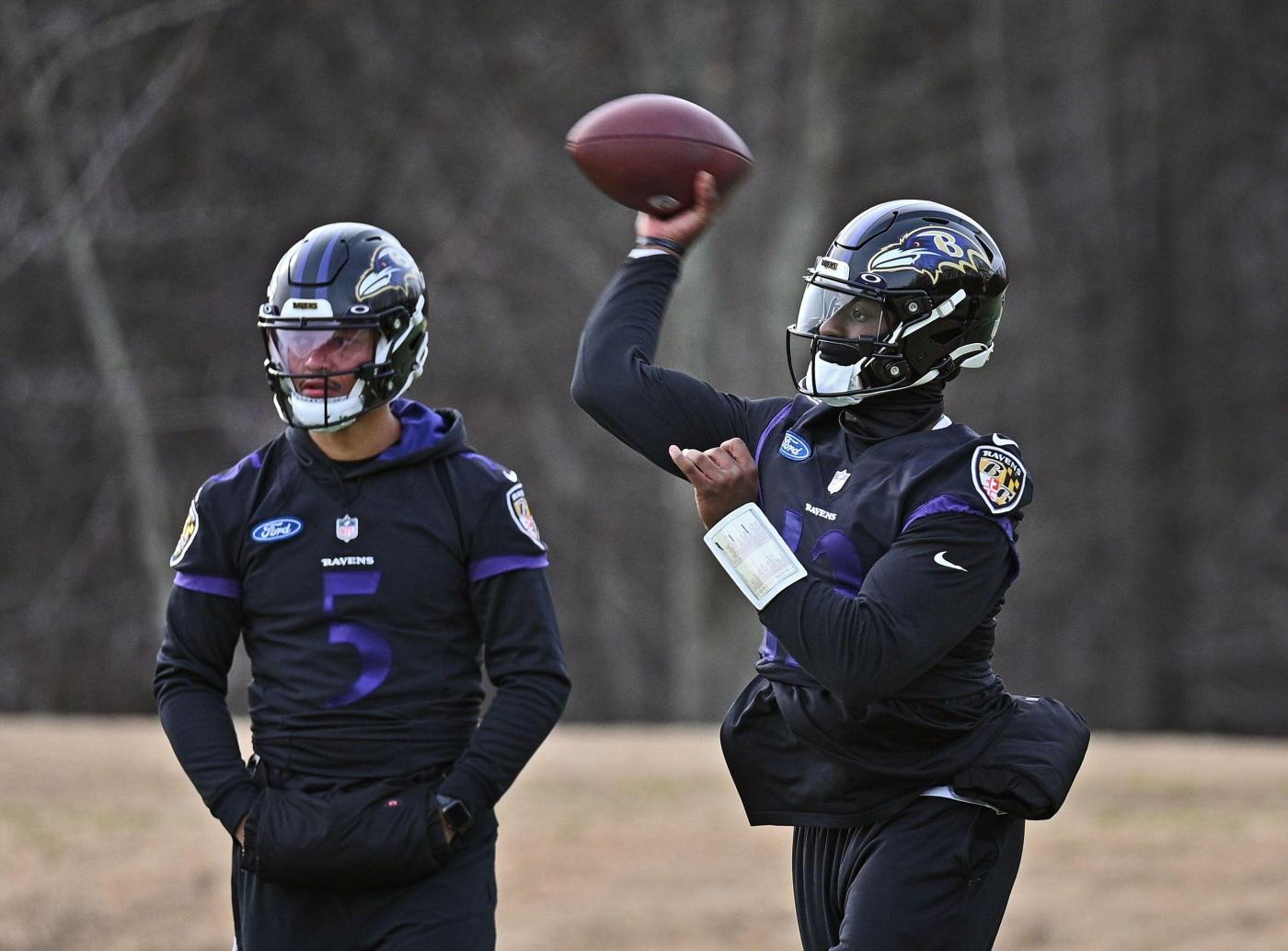 Running back J.K. Dobbins, tight end Mark Andrews and quarterback Tyler Huntley joined quarterback Lamar Jackson on the Ravens’ inactive list for Sunday’s regular-season finale against the Cincinnati Bengals, signaling that coach John Harbaugh would save his top players for a possible playoff rematch with the Bengals next weekend.

The Ravens entered the day with a chance to earn home-field advantage if they beat the Bengals and then won a coin toss to determine the host of the playoff game, but Harbaugh’s roster moves indicated he’s more concerned about getting his team to full strength for the wild-card round.

With Huntley out, Anthony Brown will make his first NFL start at quarterback. Huntley, who had started the last four games because of Jackson’s knee injury, said he’d have a “good chance” to play against the Bengals despite the wrist and shoulder injuries that limited him in practices all week. But Brown took the first-team reps, so the Ravens were prepared to turn to the undrafted rookie out of Oregon.

“[It was] really valuable for Anthony to get the reps,” Harbaugh said. “Tyler was right there getting all the reps mentally, but Anthony got the reps physically. [It] couldn’t do anything but help him as a player. So, he’ll be the backup, and he’ll be ready to go if needed.”

The team also elevated veteran Brett Hundley from the practice squad Saturday to provide more depth if Huntley could not play.

Harbaugh said Friday that the Ravens would try to win the game but acknowledged that he would also have to consider holding some of his game plan in reserve for a possible immediate rematch with the Bengals.

Dobbins has been the Ravens’ top offensive weapon and the league’s top rusher over the four games since he returned from a cleanup procedure on his knee. Andrews is the team’s leading receiver and caught nine passes for 100 yards in the Ravens’ Week 17 loss to the Pittsburgh Steelers.

Dobbins was asked about the possibility of sitting out or playing limited snaps against Cincinnati. “Look, it’s all up to the coaches and to God,” he said. “If I don’t play, if I do play, I’ll be ready.”